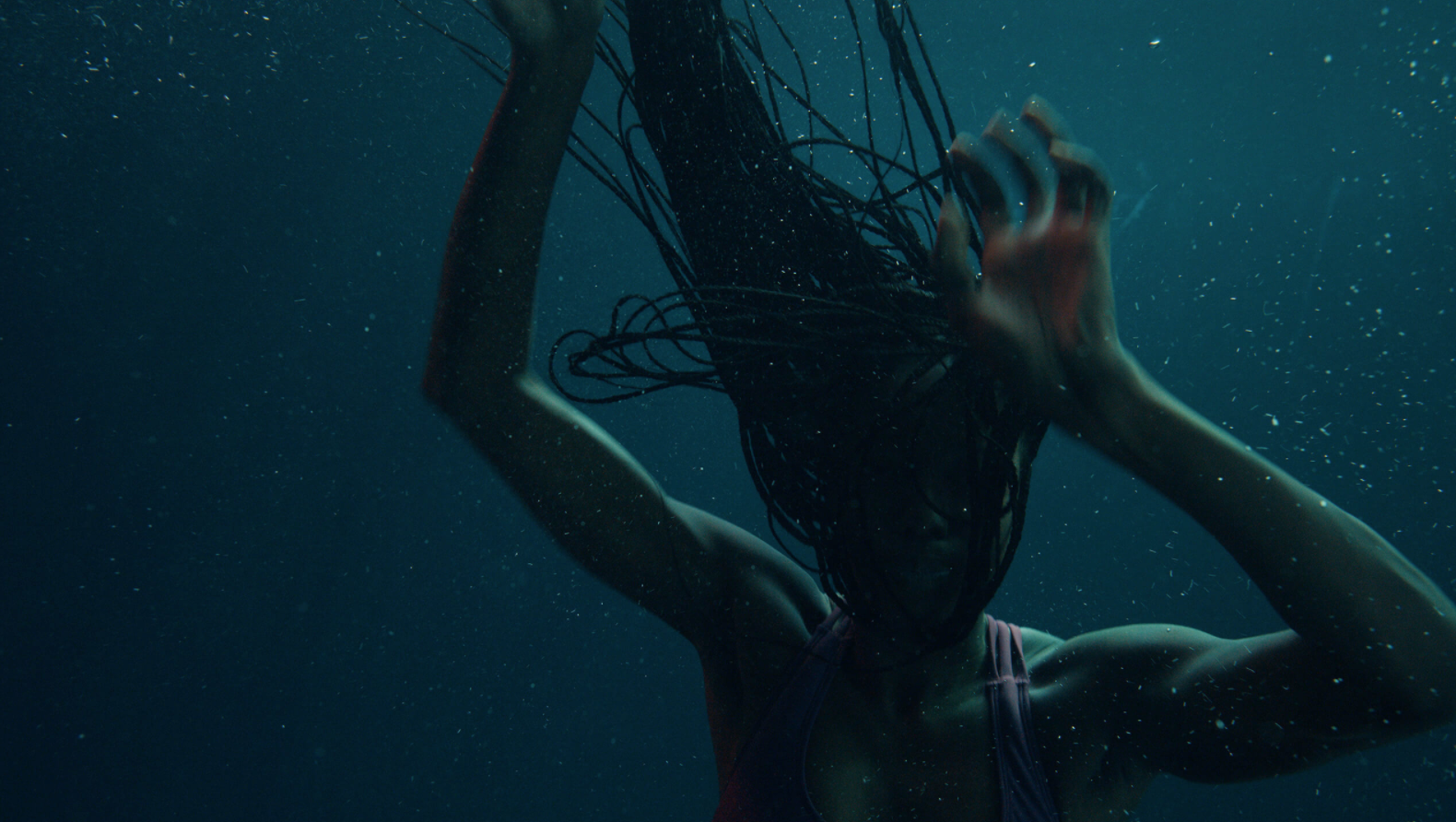 Nanny is technically exquisite with all of the elements in place for the audience to be captivated, but unfortunately, the story fizzles and falls flat.

Aisha (Anna Diop, Us), a former teacher from Senegal, is hired to work as a nanny for a privileged white couple who live in Manhattan. Aisha’s primary goal is to earn enough money to fly her seven-year-old son, who has been staying with her cousin back home in Senegal, to New York on his birthday to live with her. Throughout the film, Aisha is preyed upon by supernatural entities who place her ability to manifest her intention at risk.

Amy (Michelle Monaghan, Hulu’s The Path) is the classic overachieving 21st-century working mother. She has a refrigerator filled with pre-packaged “healthy” ready-to-eat meals, is neurotic about her only child, and is the family’s primary breadwinner. It’s never quite clear, but Amy’s promiscuous husband Adam (Morgan Spector, HBO’s The Plot Against America) must be a photojournalist judging from the fact that he has graphic photos of Black people in violent and traumatic situations displayed in his office. We get the impression that he’s one of those progressive white guys focused on performatively trying to save the world through his work instead of making money.

Nanny’s authenticity lies in the portrayal of the caste system in New York City. The distinct separation between the working and the upper classes is reflected clearly through Aisha and Amy’s relationship. Amy has a large three-ring binder of specific rules and regulations for caring for her child, but she pays Aisha under the table in cash doesn’t take out taxes, social security, or offer a pension or health insurance.

On top of that, Amy doesn’t like to pay Aisha period. Witness Aisha having to correct Amy about the agreed pay rate. Even on Aisha’s first day, Amy’s pattern of not paying Aisha for the hours she works while having the nerve to ask Aisha to work overtime hours was so frustrating and so real. The similarities of Amy how treats Aisha and how Tessa Thompson’s character Irene in the film Passing treats her maid/nanny Zulena (Ashley Ware Jenkins) transcends time and race. No matter what color a wealthy woman is, she expects the woman who cares for her child to value that child more than they value their own. Anyone who has worked directly in service to wealthy people can relate to how frustrating this situation is.

Aisha is good at her job, and Hope (the child she’s hired to care for) bonds with her quickly. The story could have focused on Aisha’s work-life issues, but instead, it centers Aisha’s life away from work. I loved the relationship that formed between Aisha and Malik (Sinqua Walls, Starz’s Power), the doorman of the wealthy couple’s high-end condo. On their first date, Aisha meets his grandmother Kathleen (Leslie Uggams, Roots), and the women instantly form a positive psychic connection. Aisha is happily living her best life and building a safe and healthy community grounded in Black love, which gives us reasons to root for her to reach her goal.

Writer/director/producer Nikyatu Jusu is the daughter of Senegalese parents raised in Atlanta. Her mother did domestic work to help support the family. In Ms. Jusu’s Sundance Festival “Meet the Artist” video she frames Nanny as, “A love letter to mothers who have been systematically excluded from the American dream.” Nanny is an elegant reflection of the filmmaker’s vision.

Cinematographer Rina Yang (Becoming) hits the ball out of the park with the lighting design. Hallelujah! We finally live in a time where the rich diversity of color of dark skin tones can be reflected on screen gloriously. Seeing the nuances of color reflected on screen is stunning.

Every single actor in Nanny embodies their role effortlessly. Nanny breaks stereotypes as Aisha unapologetically deals with all of Amy and Adam’s foolishness directly while advocating for being paid her worth over and over again. I absolutely loved this aspect of the film.The history of the pain of working Black women having to care for white children while leaving their own with family runs deep. But Aisha knows her value and is not afraid to speak up and advocate for herself to her employers. Aisha is not a victim.

Nanny has the dramatic potential to be a horror/suspense film with fascinating references to West African mysticism, but in that regard it just doesn’t quite stick the landing. The imagery is obvious throughout the film and becomes redundant. The story’s resolution is not a surprise — you can see it coming, and it isn’t satisfying. Although the film is aesthetically pleasing, it’s not enough to keep the mind engaged, and the movie seems like it’s much longer than it is. Tension builds but never leads to anything truly horrifying or authentically suspenseful.

It’s evident that Nikyatu Jusu is a gifted filmmaker, but the script doesn’t provide the high stakes required to fear Aisha’s safety enough to be a true horror/thriller. There are plenty of opportunities for conflict and danger in the scenes between Aisha and Amy, but just as those juicy interactions begin to heat up, they fizzle out, and the story moves on. Nanny hints at the complicated horror of how the American caste system impacts Aisha but decides to ground the horror in the spiritual world, which ends up being a less compelling choice. Nanny is a beautifully filmed missed opportunity.

BGN NYCC 2018: ‘Titans’ Anna Diop Talks about Starfire’s Journey and Her Own