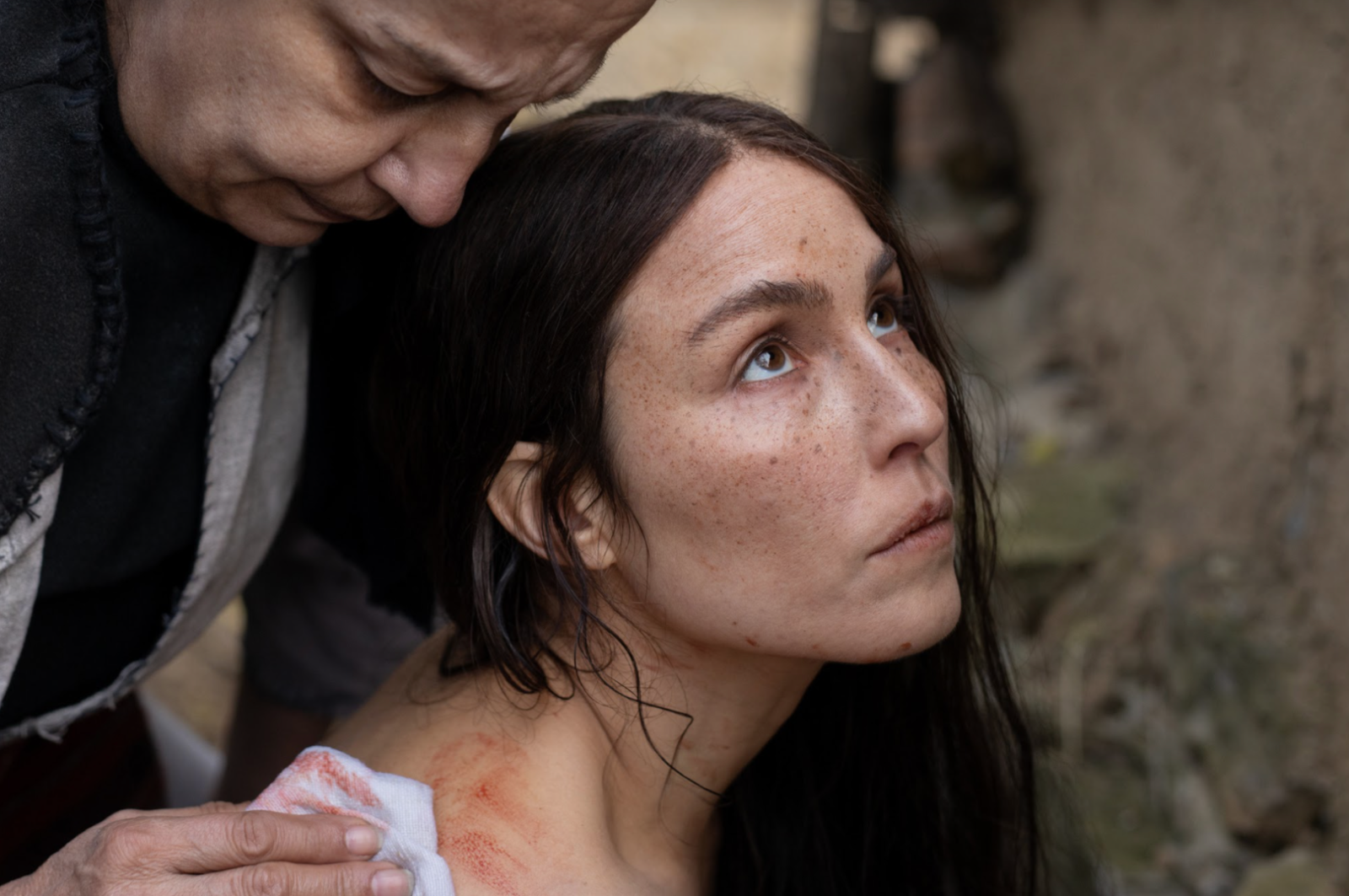 There are certain actors that when you see their name you know exactly what to expect. When I see Toni Collette listed I know things are about to get real messed up. When I see Jonathan Majors I know the intensity is sure to ramp up a few notches. And when I see Noomi Rapace, I know that I’ll be treated to a warped version of some mythic fairy tale that will scar me for life. You Won’t Be Alone does not disappoint.

The movie is a weighty 108 minutes and you feel every second of it, though it’s not unpleasant. There’s a stilted dialogue/beautiful scenery thing that gives the movie an even-less-coherent-than-Tree-of-Life vibe, but somehow it’s far more watchable. It’s a bit too slow to be called horror, but far too layered to be called a thriller. How do you define a film that deconstructs toxic masculinity better than The Power of the Dog could ever hope to?

I’m sad to say I’m not as familiar with writer/director Goran Stolevski. It appears this is his first full-length feature both in writing and directing, and it’s quite a feat. Stolevski understands how to curate his scenery — when to make it look grand and majestic, almost ethereal, and when to make it look off-kilter and disorienting.

I had the pleasure of speaking with the star of the film, Noomi Rapace, at a screening of Lamb (yet another Noomi-typical feature that shines against all odds). She mentioned You Won’t Be Alone, and when she did her eyes lit up. You could see the excitement. It made me curious to see the final product and now that I have, I understand completely how she felt.

About 40 minutes into You Won’t Be Alone, I wondered if I were alone in my frustration. I was ready to dismiss the film as just a beautiful little thing about nothing — a day in the life of a witch and her difficult ward. Anamaria Marinca plays Old Maid Maria, whose body is covered in vintage wounds. What’s left of her hair lies in wisps, and the only part of her not on fire is her eyes, which lay dead and cold.

Then, once the movie settles in and you’re over your initial shock, you start to notice the metaphors in the story and visuals. Old Maid Maria attempts to be a guide to young Nevena (Sara Klimoska), who has been hidden from the world since she was a baby. Nevena can’t talk and has no working knowledge of how to be a functioning human being. She inserts herself into different communities in different ways, and disaster in the form of nefarious men and a vengeful and angry Old Maid makes it impossible to settle down.

Stolevski certainly shines when it comes to approximating the world as it looks to someone who has lived in fear of the unknown for her entire life. At the beginning of the film, we go into what I call “cat’s eye view” as a cat saunters through the forest into the barn. We are the cat. As the camera speeds 14 inches from the ground, we see the world anew. The same can be said when Nevena sees the outside world for the first time. The camera is frantic and curious, clumsy but cautious. We see the rooftop of the forest the way Nevena does, as a chaotic kaleidoscope that thrills her as much as it terrifies her.

Stolevski can also be credited with working with his actors to fully understand the embodiment of a person with no social skills. Nevena’s steps are hesitant and her thoughts are spoken in startling and poetic staccato. She’s dirty, and her teeth are stained and rotted. Though she discovers quickly the power of her body, she barely has any control over it.

Nevena goes through life in different forms, and watching the hits and misses is frankly hard. The community she’s in appears to be old world and somewhere near Macedonia or perhaps a more mythical place. As a woman she is physically abused; she’s essentially raped. She’s chastised by the elder women of the village and regarded as a nuisance by the men. She cannot live as a woman because to do so means abiding by unwritten rules and catering to ever changing expectations that she’s never learned.

Being a man is simpler. Despite Nevena’s diminished capacity, the village overall appears to be accepting of her in this form. Her lives are the Mama Bear and Papa Bear of existences. It’s when she becomes Baby Bear that the fit is just right. This new experience is enthralling to Nevena and utterly infuriating to Old Maid Maria as she watches her progeny get everything she herself felt owed.

Though it takes a while to get to the heart of the film, it’s well earned by the time you get there. Nevena’s inner dialogue is beautiful and haunting. One line she says is, “When a man is in the room, you are not a woman, you are stew. Your place is in the palm of his hand.” It’s a delicate sentiment on its own, but when put into the framework of this is how she’s learning what it is to be a woman, it’s sad and frightening. Nevena finds the bulk of her agency and power living as a man. She can only gain independence as a woman as long as the other women approve, which is rare. If you could make a tag cloud of my notes for the film you’ll see the word “Wild!” in the biggest and boldest font.

What a treat! And what a fabulously weird entry for Sundance. If there are any flaws, I think the mythology of it all kind of turns into a hat on a hat. There’s a layer to the witchdom that could have easily been cut out. Otherwise, you’re dealing with a lot of competing mythologies. And that’s about my only criticism. You Won’t Be Alone is well worth the watch. Gorgeously acted performances, lush scenery, and haunting yet relevant takes on the state of men and women all make this film a real contender in the World Cinema Dramatic Competition.

You Won’t Be Alone premiered at Sundance 2022 and premieres theatrically April 1, 2022.