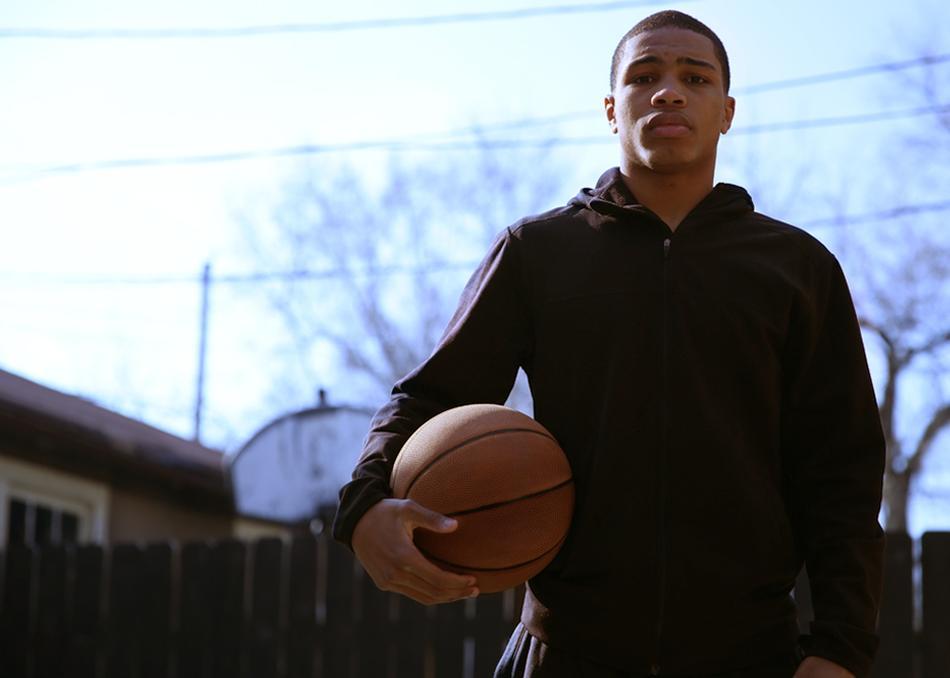 Chi-Town is the first feature length documentary from veteran television director Nick Budabin that follows the life of basketball player Kiefer Sykes from the time he’s a 17-year-old just trying to make it out of Chicago to the time he’s a 24-year-old professional basketball player. It’s an inspiring story about following one’s dreams and keeping a positive, can-do attitude despite circumstances that are outside of one’s control.

We first meet Sykes as a powerhouse high school basketball player, and we immediately become acclimated to his world in Chicago. Gun violence is a real and present danger for Kiefer and his community, and throughout the film, we see the effects that gun violence has on him and his friends. By the end of the film, both his former teammate and one of his former coaches have been shot and are now wheelchair-bound. Another one of his teammates was shot and killed.

After high school, Sykes goes on to play basketball for the University of Wisconsin—Green Bay where he embarks on a stellar basketball career. Sykes finished his collegiate career by becoming the first player in Horizon League to finish his career with over 2,000+ points, 500+ assists, and 400+ rebounds.

But through all of his success, Sykes deals with a lot of loss, including the loss of his father from a heart attack during his freshman year of school. Sykes’ father is the reason he picked up a basketball in the first place, and it’s because of him that Sykes has a solid head on his shoulders. Despite this loss and the fear of losing more friends and family to gun violence back at home, Sykes never gives up on his dream to make it to the NBA. Like a lot of potentials and hopefuls, his journey to the NBA isn’t a smooth one. Sykes didn’t make it during the 2015 NBA draft, and his plans to play as a free agent fell through as well, but that never stopped him from going after what he wants, and he now plays professionally in South Korea.

“I’ve enjoyed every part of my journey,” Sykes said after a screening at SXSW. “I’m appreciative and grateful that I get to keep doing what I love.”

Chi-Town is a touching and poignant documentary film that any sports fan will enjoy, but it is also for those who love an inspiring story.