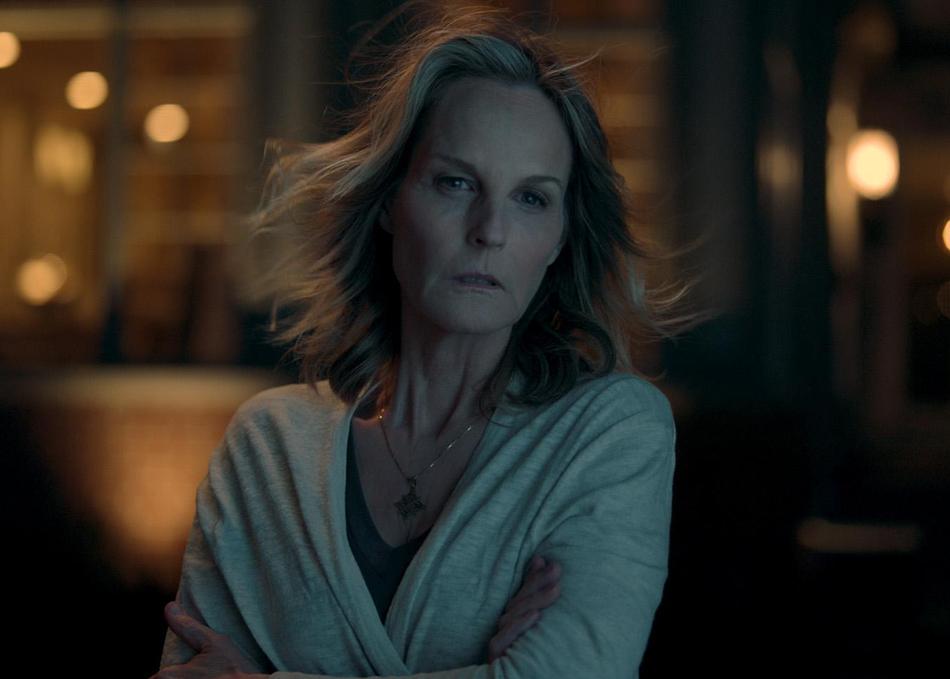 Appropriately screened during the midnight section of SXSW, is the Zodiac Features/ Bankside Films psychological thriller I See You. The genre film is categorized as a horror-thriller, but as the plot evolves, this uncanny mystery has the viewer trying to play detective as one deconstructs the narrative. The first few scenes depict the terrifying elements of a horror film with jump scares and music cues leaving you blanched with fear, but as the story slowly unfolds to reveal something even more terrifying — it becomes less scary and more shocking.

I See You begins in a small suburban town and if it weren’t for the pulsating shrills and percussive beats playing in the background, this quaint setting would seem pretty normal. The opening theme and sounds used to frighten us, clearly are indicative of the fact that something pretty creepy is about to happen to this family.

Jackie Harper (Helen Hunt) is trying to mend the pieces back together of a broken marriage and a fractured relationship with her son, Connor (Judah Lewis). She recently was caught having an extramarital affair which undoubtedly, has torn the family apart. Actor Sam Trammel, best known as Sam Merlotte in HBO’s True Blood, makes an appearance as Jackie’s love interest whom she’s having an affair with.

Her husband Greg (Jon Tenney), is a detective working on a missing person case along with his partner Spitzky (Gregory Alan Williams). A local boy has disappeared and the town is ensuing with anxiety.

Lieutenant Moriah Davis (Erika Alexander) assigns Greg to the case. The irony is not lost here seeing Alexander yet again playing a member of law enforcement in a horror-thriller. The last time we saw her playing an officer in uniform was as the skeptic cop in Get Out. This time, however, Lt. Davis is very serious about solving this case.  However, not everything is what it appears to be.

Things get a little weird when around the Harper home silverware goes missing, the record player starts on its own, and shadowy figures haphazardly move in the background. Are there ghosts?  Or is it something far more sinister? And what exactly is phrogging? This would be a spoilerific review if I elaborated on these questions any further.

This oblique but horrifying account of a family who is being watched and surveyed — comes with unexpected twists and turns. Grisly acts of violence are committed that will have you stunned.

There are moments in the film when pace seems more of a slow-burning Crockpot than just a slow film. It splinters off and almost becomes two films in one as it parallels shifting the perspective from the Harper family to the unsuspecting presence that is terrorizing the family. I See You is also a film that requires attention to detail, so be careful not to let your mind wander or you might miss a key plot point as the story progresses. Sadly, the film’s pacing at times makes this a bit challenging, but if you don’t get distracted, it’s quite possible that you may figure out the Harper family secret that becomes the focal point for the story.

There isn’t anything groundbreaking or unique per se about this narrative, but the twists and turns and least likely suspects are what will pique your interest.

Adam Randall (iBoy) directed I See You and Devon Graye, known as The Trickster in the CW superhero series The Flash, penned the script.

The thriller I See You is filled with one plot twist after the other with an ending I didn’t see coming.

The film made its premiere at the 2019 SXSW Film Festival in Austin, TX.

‘Thriller’ is a Fun High-School Slasher Homage, With a Twist