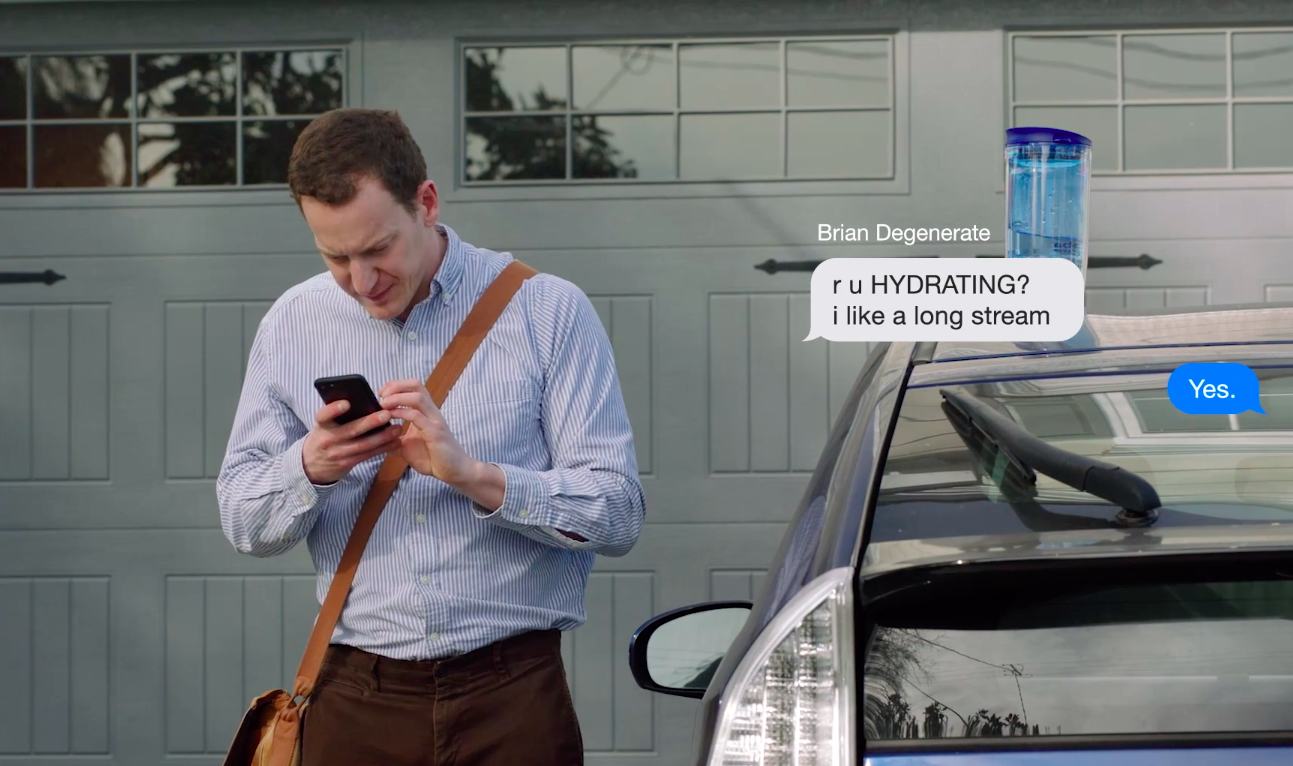 In the wake of the cancellation of SXSW, This Isn’t Me is a fun short comedy that will have you rethinking your closeness to your roommate and possibly your job.

This particular LGBTQ comedy is perhaps unsuited for network television but might be better for Logo, or even Revry — gay platforms, for those who are unfamiliar — because of its authenticity to its community. With its raunchy humor, its gay insight, and too-close-to-home feeling, the show will have audiences laughing at the choices some gays make.

If you have been searching for another gay comedy series, This Isn’t Me has come to fill that 30-minute void. The show narrates one man’s journey to reaching the pinnacle of manhood. It’s about being the best possible version of yourself, as long as that version involves being someone who is rich, beautiful, and famous — basically anyone else than who you really are. The comedic work shows many of us gay males just how screwed up we really are, but in a fun way, by poking at the absurdities that many find themselves doing, even after asking themselves why.

This film is directed by Adrian Rojas Elliot, who is no slouch. Elliot, with his broad range of skills to tell stories through integrated media, has produced a comedy that explores a taboo topic. A skilled photographer, producer, editor, and creative director, he completed this project with the help of many other talented people: Ben Kawaller, writer; Lauren Finerman, executive producer; Ian Levine, editor; and Joe Picard, director of photography. This team collectively produced a comedy that is worth watching.

The cast, too, is standout. Let’s begin with the principal character: Ben Kawaller, who plays Fred Knobler. Picture Fred as Kenneth Parcell in 30 Rock, with his goofy personality, but gay. His acting will stimulate more than just your salivary glands. Antonio De Graffenreaidt plays Tony, Fred’s roommate, and friend. Jessica Porter plays Karen, a very eccentric character who lights up the screen with her impossible-to-keep-up-with terminology. Karen is Fred’s newest employer. Brody Allen plays Alan/Lorraine Cromwell, a young queer teen student Fred is hired to tutor. This crew brings to life a comedy that will have you laughing so much you’ll whiz.

Knobler is a semi-optimist. In search of something profound and substantive, he inevitably manages to engage in self-sabotage. Fearing success from every angle and never quite being able to reach his high points, he just keeps trying. As he ultimately finds things that make him happy, only misfortune ever seems to befall him. Every episode allows him to see an aspect of himself to use or discard as he sees fit. This allows him to decide what kind of person he wants to become while letting us see that it is never too late to be the person you want to be.

The first episode begins with Fred laying face down on his bed as he slowly turns over to reveal his toned body, along with a very messy room. He receives a message from a Brian Degenerate asking for a water sports session — and no, it is not surfing. This is the start of his overly absurd, yet comedic life. Soon after, he receives a call from a tutoring service that offers him a position as a tutor. Seemingly straightforward, he accepts in hopes of changing the life of his young pupil. Unknowingly, Fred bites off more than he can chew with this student (who is slowly figuring out his gender identity), all while maintaining his hydration for his rendezvous with Brian. Fred leaves behind a bigger mess in the lives of the kid he tutors than the mess he left in his room.

The show’s pilot brings levity to the serious theme of gender identity. The cinematography allows for topics, some more taboo than others, to be discussed in an open yet humorous way. Comedies often are the best way to handle subjects that are not generally discussed in polite company. This comedy does not pull its punches with Lorraine. In fact, even with Lorraine’s gender identity coming as a surprise to the overly positive mother and passionately serious father, they are still unfazed from their goal — to get their child into a good school.

If you’re in need of comic relief, This isn’t Me might just be the show for you. With its witty yet smart writing, cute actors, and odd-ball characters, it’s hard to not sit down for an episode or two. This program has great potential with its emotionally challenged character. Why not sit back and laugh? It is also a great way to relieve yourself after a full day and now feels like just the right time for this.