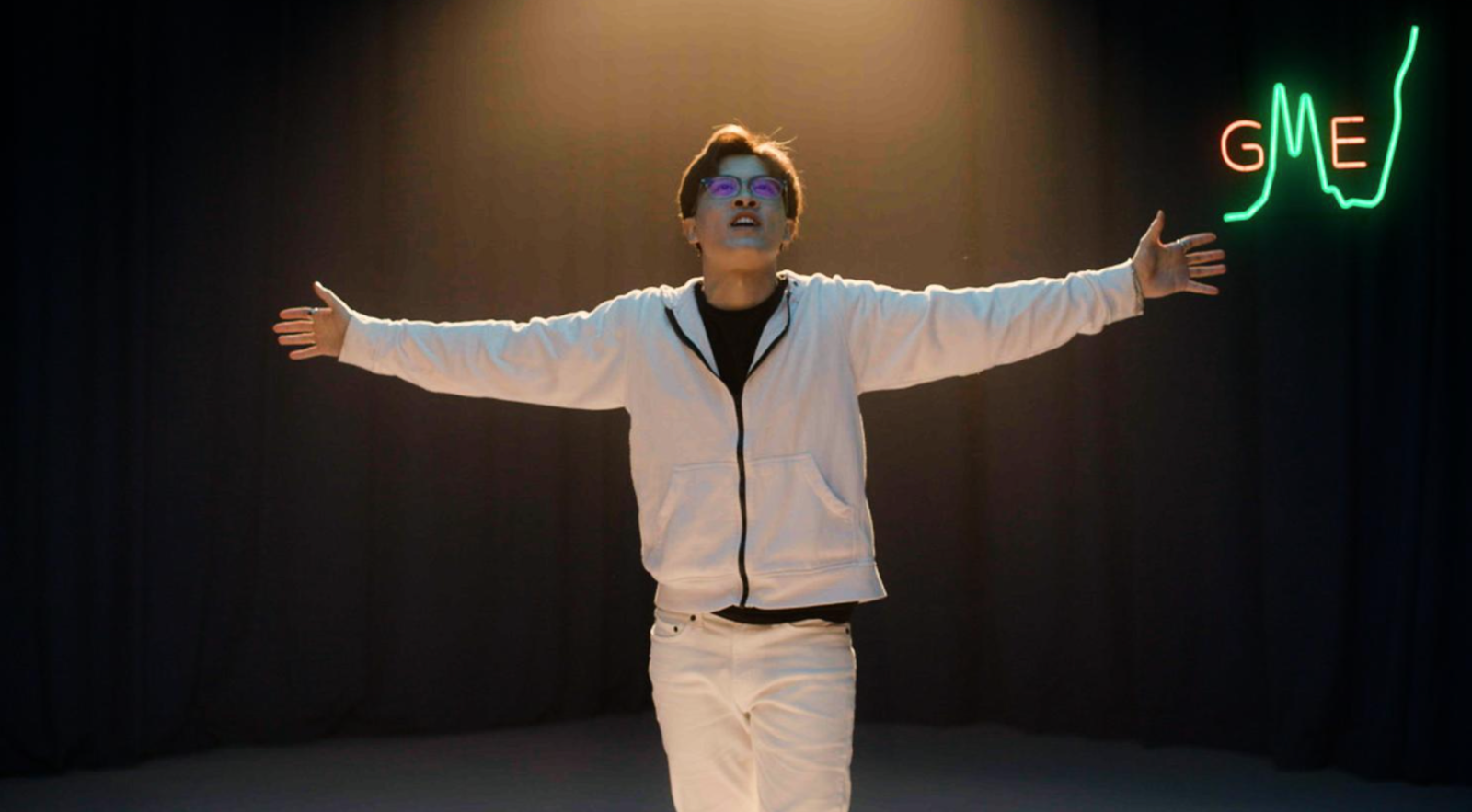 Full disclosure here: this writer is very familiar with the saga behind GameStop’s stock and the WallStreetBets community.  In late 2020, I invested in a stock option trade of AMC — the popular movie theater franchise. My only reason for investing in AMC at the time was because I’m a film critic, I love movies, and I patronize their theaters frequently. I took a long-term trade and it was due to expire in 2022.   However, something happened that dramatically changed my stock portfolio. In June of 2021, AMC reached a stock price rise of $62.55.  I had invested back when the price was only in the single digits (I believe $4 or $5 at the time).  As you can imagine, it felt like winning the lottery.  However, something more was happening here. What could drive the stock price up so dramatically over a short time?  And why?

The community of WallStreetBets has entered the chat.

In the film Diamond Hands: The Legend of WallStreetBets, filmmakers Zack Canepari and Drea Cooper unpack the rise and fall of the stock GameStop, the WallStreetBets Reddit community, and the players involved in market manipulation. The term “Diamond Hands” refers to retail investors who hold onto their positions and refuse to sell at any cost — even when a stock is plummeting.  There’s also the opposite term “Paper Hands,” which refers to investors who quickly sell at a moment’s notice.  While the documentary focuses more on the circumstances that occurred as a result of the stock price of GameStop’s stock (ticker symbol GME), it is not too granular on the details of what terms such as “short selling”, “squeeze” “public float”, “margin calls” and other jargons mean as it relates to stock investing.  Instead, the filmmakers simplify it for the viewer assuming they have had no knowledge of this event and interview subjects of the documentary that took major gains as well as losses as a result of this cataclysmic event.  On January 28, 2021, the short squeeze caused the retailer’s stock price to reach $500 per share, nearly 30 times the $17.25 valuation it had at the beginning of the month.

Lives were changed, kids playing on Reddit in their mother’s basement were millionaires and there was a paradigm shift happening where the working class finally had control over the market and could profit in ways the 1% always did and knew how.  Reddit’s r/WallStreetBets, which is explored in the documentary, comprises a community of retail investors who accept all kinds of risk in trading. They are a part of the YOLO (you only live once) culture and will post screenshots of gains and losses of trades that they bet their entire portfolio on.

The filmmakers of Diamond Hands: The Legend of WallStreetBets elect to use creative editing and the very memes and GIFs the Reddit users share in their posts as a way to convey the tone and culture of this community that is far more sophisticated than you think.  In fact,  r/WallStreetBets, who are often condescended down to a bunch of degenerate traders who lack analytical skills, are not depicted this way in the documentary.  Yes, they are unique in their approach to trading and how they show off their investments, but they are not a monolith. One particular subject in the documentary, Reddit user Jeff Amazon, presents his thesis on how one can get wealthy from investing in GME and shifts your perspective on the kinds of users who are a part of the popular Reddit message board.  Many are very well versed in the mechanics of Wall Street, and users like him ultimately led traders to earn some serious profits based on his analysis.

While this trader did not speak in the documentary, Roaring Kitty (Keith Gill) played an incredibly important role as an early investor in GME.  His YouTube channel at the time was solely devoted to GME plays and going over the fundamentals of the stock.

While the film shows the winners of GME when shares soared 1700% in January 2021, there are also the losers — the institutional investors that were short-selling the stock.  The film uncovers the fact that hedge fund companies such as Citadel and Melvin Capital were shorting 140% of GME, which was more than the actual shares GameStop held. Many retail investors questioned if this was legal but it was this kind of greed that was also the catalyst to convincing more Reddit users, fans of Roaring Kitty’s videos, and others to buy more GME stock.  As long as the price goes up, short-sellers would be forced to cover their positions, and buy more stock.  This, in turn, causes a dramatic price rise and is, officially, what is referred to as a short squeeze.

The documentary does an incredible job of covering the story of WallStreetBets and GameStop in a simplified way that’s not intimidating to viewers oblivious to stock trading.

Other subjects in the documentary include investor Alisha Woods and Reddit user Sir Jackalot. They all help connect the dots for the events that played a major role in the craze that rocked the stock market a year ago.

What goes up must come down. Sadly, the joyride for GME profit earners didn’t last when the popular trading app Robinhood shut it all down and placed a halt on users purchasing shares of GME.  The doc never paints Robinhood as the bad guy, (although many users were furious at the company) instead, it shows soundbites from various interviews of its CEO Vladimir Tenev, providing his perspective of what really happened. Whether it’s institutional investors colluding together with brokers to stop the madness of the GME craze or Robinhood going broke over the surge of its own users. The timing of the halt disrupted the momentum of GME, and the enthusiasm for the short squeeze slowly began to fade away.

MSNBC Films and NBC News Studios produced Diamond Hands: The Legend of WallStreetBets. It made its premiere at the 2022 SXSW Film Festival.

Diamond Hands: The Legend of WallStreetBets will air on MSNBC Sunday, April 10 at 10:00 p.m. ET