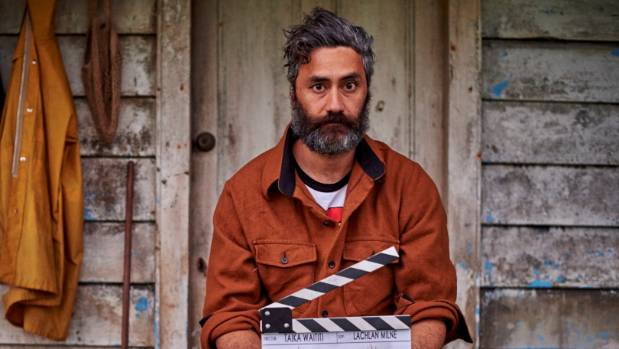 “Akira is another Hollywood anime adaptation we didn’t ask for, don’t want, and don’t care about.”

You would think after the failure of Ghost in the Shell, and the atrocious mess that is Dragonball: Evolution, and the glittery box-office bomb that is Speed Racer, Hollywood would pause on the adaptations. SIKE! Studios still plan to torture fans with the newest potential tragedy, Akira. Ok, maybe not super new. This project has been in and out of development hell since 2003. Written by Katsuhiro Otomo (film by Otomo, and Izo Hashimoto), Akira is an anime legend that catapulted the Japanese art form into the American mainstream.

The last time fans heard anything about this project is earlier this year when Warner Bros. courted Jordan Peele to direct. Fortunately, he dodged a bullet and the deal between Peele and WB fell through. Now Warner Bros. is eyeing Thor: Ragnarok director Taika Waititi. FULL STOP! Why is this still a thing?

In 2012, when the project was once again struggling to find footing, there was major star power attached to the film to include, Kristen Stewart, Garrett Hedlund, Ken Watanabe, and Helena Bonham Carter. What is worse is the synopsis of this movie. Leonardo DiCaprio and Andrew Lazar (American Sniper) was on board again to produce, and with writer Marco J. Ramirez (Daredevil Season 2), to pen the script. From the sound of the synopsis, it sounds like whitewashing was afoot:

“Set in a future city environment called New Manhattan, the sci-fi epic follows the leader of a motorcycle gang who must save his best friend, who has been experimented on by the government causing him to develop dangerous and destructive psychokinetic powers.”

Gag-worthy. White actors don’t make these stories more interesting. Akira is a story that is rich in Japanese symbolism and folklore. You take that out of the story, and it’s not the same work of art. Thankfully, this project fell through, and nothing was spoken of it until recently.

Usually, I’m open to waiting to see trailers and how production flows, but in this case, I don’t care. It doesn’t matter who Warner Bros. hires to direct, this shouldn’t be happening. It’s beyond comprehension as to why Hollywood continues to throw good money after bad. The Anime-to-Hollywood adaptation thing isn’t going to happen. IT WILL NOT BE A THING! It’s time to let this go.

If you want to watch something that captures the spirit of Akira but is not a direct remake, watch Josh Trank’s film Chronicle. I’m not interested in giving this chance, I’ve already given too many!