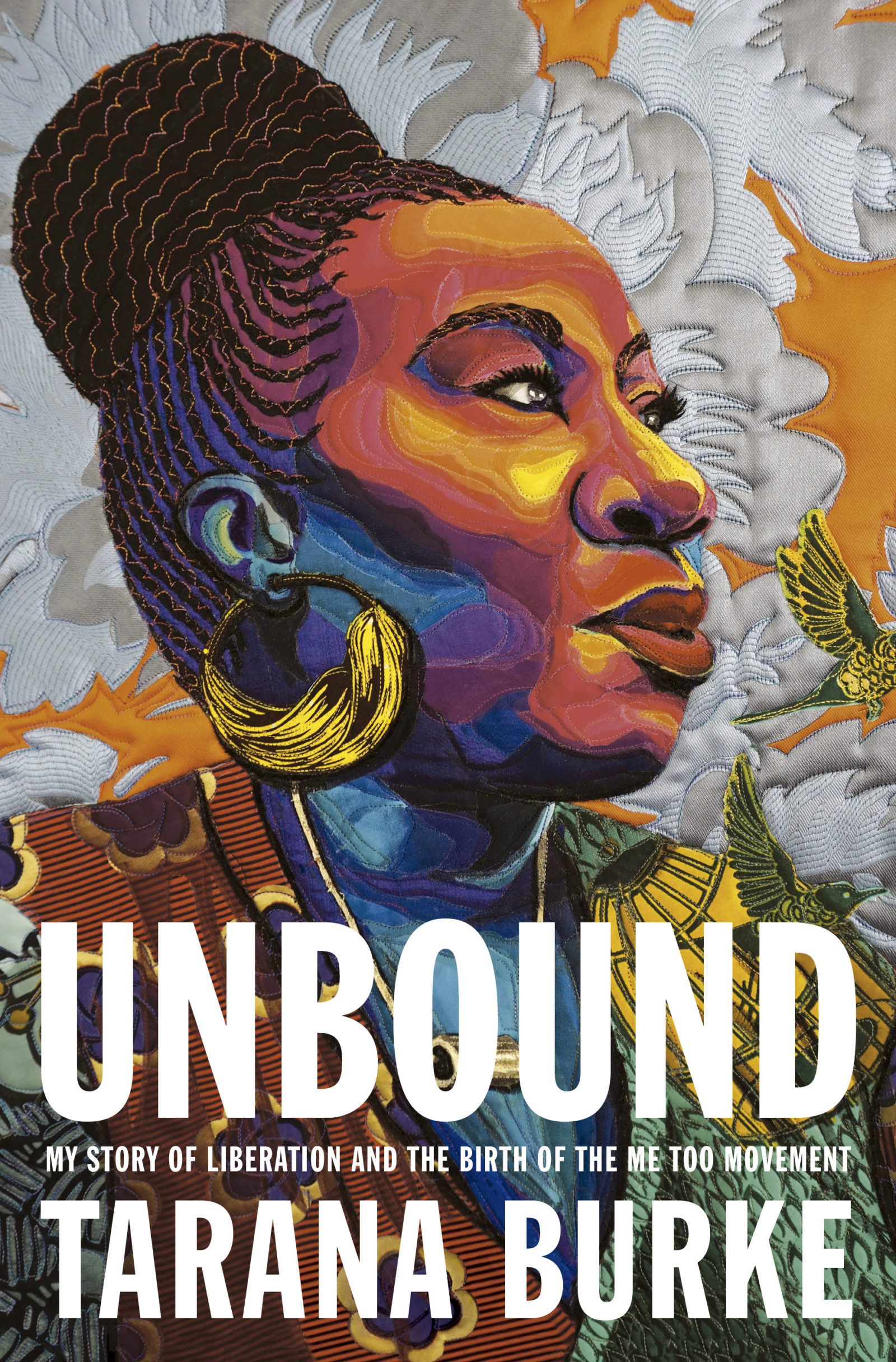 Tarana Burke, the founder of the Me Too movement, has been knee-deep in the fight to eradicate sexual violence for decades. The movement welcomed thousands of new supporters globally after becoming a viral hashtag in 2017. But the release of her first memoir, Unbound: My Story of Liberation and the Birth of the Me Too Movement, gives supporters of Burke an inside look like never before at the uphill battle that led to the movement as it’s known today.

The tear-jerking, thought-provoking read tells the story of Burke tearing down the walls of timidity and shame to become the answer to her own question about how to build pillars of support for victims.

This is your first memoir. It essentially guides readers from the very beginning of your story, detailing your journey to liberation. I imagine the writing process unlocked new realms of healing and liberation. Tell me about that process. Is there anything new you learned about yourself during the experience?

The writing experience was hard. This was certainly the hardest creative thing I’ve ever done. I knew it was going to be hard; I stopped and started a bunch of times until the publisher was kind of like, “Hey, you gonna write a book?” So I had to finish it. I guess I learned that I could write a book and that I could really dig in and do this really hard work. I’ve been in and out of therapy for the better part of 20 years, and I pride myself on having done a ton of healing work, a ton of self-work — being in touch with myself, being self-reflective and all of that. None of it had come close to what I went through in writing this book and how much I had to purge and how much I had to face. The realities I had to face, the truth I had to tell myself in writing this book — a lot of it didn’t even land in the book; I just had to tell it to myself.

So many people have been anticipating the release of this book, and Megan Rapinoe (LGBTQ icon and current member of the United States women’s national soccer team) even made it the first read for her book club. How does it feel to already see such positive reactions to your work?

It’s like Erykah Badu, right? Keep in mind that I’m an artist so I’m sensitive. I keep describing it as like taking your diary and wrapping it in a pretty package. The other feeling I had as soon as I finished was like, “Why did you do that? Why’d you write all of your business and put it in the street on purpose?” It is a good feeling, right? It’s a good feeling to want to have people really interested in your life and in your story. And there’s, of course, the one side of me that does the work that I do that says this will be really helpful for people. I hope it’s helpful for people — particularly Black girls, particularly survivors.

There’s another part of me that’s very private that says, “God, I don’t want people asking me questions about my private life.” So I juggle between the two of those things. But it does feel good. I’m a writer, I’ve always wanted to be a writer, and of all the things that have happened to me in the last four years, writing is the one thing that I actually wanted more than anything. So that part feels amazing — to actually be an author and to actually be published and to be highly anticipated. It’s literally a dream come true.

A large portion of the book talks about your relationship with your mother and not feeling comfortable opening up to her for much of your adolescence. Why do you believe destigmatizing conversations about sexual violence in Black households specifically between Black mothers and daughters is so crucial?

They’re definitely crucial. Sometimes our most important relationship is [with] our mother, right? For many of us, the closest and most important relationship we have, the most supportive relationship we have, is with our mother. If we can’t have conversations about the most painful experiences that we have with the most important person in our life, then it makes it that much harder to start talking and thinking about having healing experiences. We need support in those experiences. If we’re able to destigmatize those conversations, we could have support in the healing process. So many of us are trying to heal and trying to find healing, trying to put the pieces of our lives back together in the same spaces where we were harmed, and we try to do it alone. We’re trying to do it in secret and quietly.

We try to find our way without any support. We can’t have conversations with our mothers, our grandmothers, our aunties, our elders, because of the heavy stigma around just the conversation. So many of us are shut down at the point of disclosure. People don’t even realize that they’re shutting us down before we even have the conversation, before we say, “Something happened to me.” There is something that we’ve heard from those people that lets us know it’s not okay to even bring it to them.

A part of your storytelling details finding out about some of the community leaders you knew and worked with for years being simultaneously abusive. Why did you think it was important to include this in the book?

We talk a lot about people who cause harm. We don’t have enough conversation about not just the systems but the people around the people who cause us harm. There are people who create barriers, sometimes intentionally, sometimes unintentionally, around the folks who cause harm. There’s not just a culture of silence in our communities; there’s a culture of complicity. Those two things work together to create the space for harm to continue. If we don’t have open, honest conversations about both of them, then we will continue to have the harm at the rate that has happened particularly in communities of color — particularly in Black communities.

This world that we are venturing into, dealing with sexual violence, is just not easy. It is complex. Part of that complexity is that it’s going to involve not a big, scary person jumping out of the bushes, but it’s gonna involve a person who looks like you, sitting next to you who loves you.

Fans can find Burke’s memoir, Unbound: My Story of Liberation and the Birth of the Me Too Movement, wherever books are sold.

Review: ‘Surviving R. Kelly’ and the Value of A Public Forum