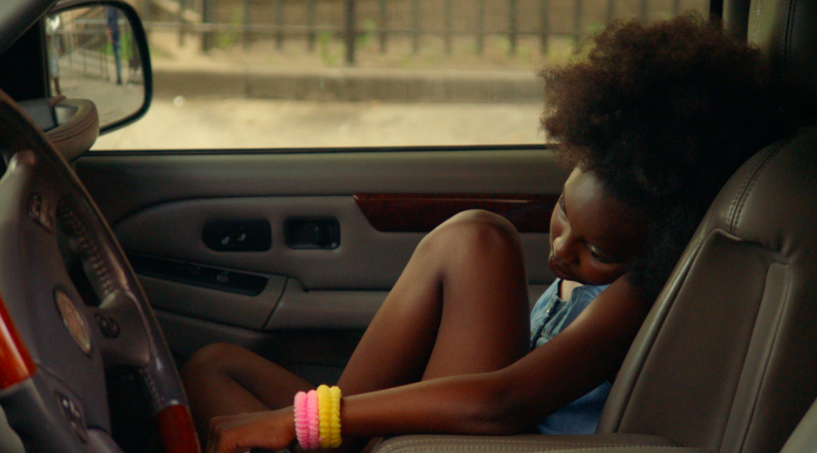 A slice of life film set in the Bronx, New York during the NYC blackout of 2003, In Sudden Darkness follows the life of the Moores, a working-class Black family trying to stay afloat in the midst of the city-wide blackout. Searching for solutions to cope, the family descends directly into the darkness and chaos. With the heat causing frustrations to run high, how do the Moores and their community come together in the face of the unknown?

The 13-minute film is written & directed by Tayler Montague.

“As a film programmer and critic, I aim to showcase the legacy of Black Cinema, past and present, and highlight a diversity of stories within the canon. Growing up, I found hints of myself within the works of filmmakers like The Hughes Brothers, Kasi Lemmons, and Michael Schultz; however, this year I decided I no longer wanted to just see glimpses of my life but the complete picture. This moved me to step behind the camera. I set out to make In Sudden Darkness as a way to place narratives like mine in conversation with the filmmakers that came before me. In Sudden Darkness represents the world I was raised within—a world in which community is integral, family is everything, and even in the midst of discord there is such profound joy & love.

With New York City blanketed in a darkness that left thousands of people without electricity, the blackout of 2003 felt like the perfect backdrop to explore race, class, and familial dynamics. When the power goes out, which communities are most affected? How do those people band together? What lengths are you willing to go to provide for your family? It was a film I had been longing to see, so I decided to create it.

This film is a window into the Moore Family’s world. I wanted the story to expand upon Black cinema by showcasing and shining a light on quotidian Black life. The love, tenderness, and care that makes up our realities. It is important to me that this film builds upon the lineage of storytellers who came before me, while also contributing a new perspective: mine.” – Tayler Montague

AFI 2020 Review: ‘The Boy Behind the Door’ is a Sad and Stressful Film to Watch

AFI 2020 Review: ‘Nine Days’ Is a Commentary on the Human Experience