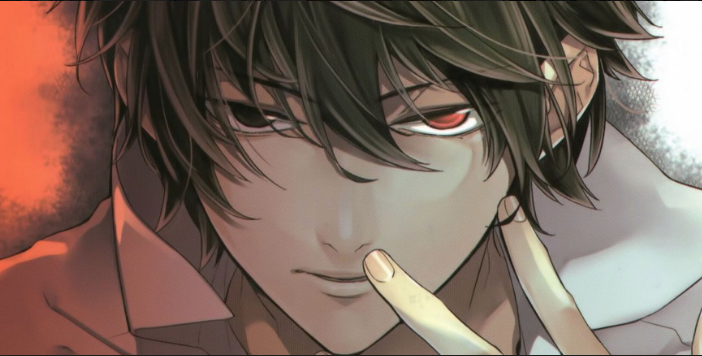 Nothing screams comfort and entertainment more than snuggling into your favorite blankets with a take out meal and an anime series worth binge-watching. Add elements of mystery and drama to the scene and you have got hours’ worth of excitement, anticipation, and well-deserved fun!

If skillful direction, beautifully-created and conceptualized characters, and gripping plots sound like the ideal watch or read for your weekend, choosing from among the wide range of detective anime and manga options might be difficult. Luckily, we have got you covered!

Anime and manga are among the most sought-after entertainment options, consumed by as much as 87.2 percent of the entire world’s population — making Japan a cultural superpower in the realm of entertainment! And the charm of watching an old school Japanese animated series might just be all too familiar for you!

Detective anime and manga are a great watch and read for those willing to explore an Asian take on traditional mystery and crime-solving stories.

So if you are looking to enjoy your days off with an excellent series in the mystery genre that is going to keep you hooked till the end, read on to discover the top 8 detective anime and manga to add to your watch and read list!

Detective anime and manga have a range of mystery elements that make for fun entertainment. From solving a range of murder mysteries to underestimated protagonists proving central authority figures wrong with their abilities, there is a range of different shows for every taste and preference!

Death Note is one of the most popular detective anime out there — apart from others like Boruto and One Piece that are of different genres. An adaptation of the 2003 original manga series that poses deep and insightful questions on crime, justice, and murder, the characters that are a part of these series are appreciated for the depth of complexity to their personas. The story revolves around student Light Yagami who stumbles upon a notebook that was originally a Death God’s (Shinigami). Dissatisfied with the state of worldly affairs at the point in time, Light writes down the name of a criminal in the notebook and is shocked when the criminal is pronounced dead not long after, triggering the need to create a criminal-free world.

Those who enjoy anime series with a tinge of supernatural phenomena and horror — this one’s for you! The story follows the activities of protagonists Haruka Ozawa and Yakumo Saitou who begin investigating the strange and seemingly supernatural phenomena that surround those who threaten their safety. Yakuma, a character gifted with the ability to communicate with supernatural entities, uses his ingenious ways and Haruka’s assistance to solve a wide range of dangerous investigations. A good show to spend the weekend binge-watching, Psychic Detective Yakumo is a 1 season show divided into 13 episodes.

This is a unique anime with a different approach to the traditional cat-and-mouse chase of the detective genre. The show surrounds two young boys named Nine and Twelve, who commit large-scale terrorist activities to gain the attention of said authorities and the public. The main leads of the show, Nine and Twelve work together to escape being nailed down by police detective Shibazaki. With several clues dropped throughout the show, with firmly-rooted origins in Greek mythology, this is the show that is going to have you questioning societal norms as you know it.

This is an anime and manga series that you might just have heard of before! A long-running mystery manga and anime, Case Closed follows the story of a teen detective who is the victim of a transformation into a child’s body. This occurs during the investigation of a crime syndicate and the protagonist sets out on a personal mission to put a face to the person responsible for his transformation. The characters also go on to assist the police with solving a large number of unsolved cases. While it might take some time for you to get acquainted with the alternate approach to detective anime, given time, this is a series that we can be sure you will enjoy!

Another supernatural mystery and detective series, Un-Go follows the story of Shinjuurou Yuuki — a detective who believes the truth to be of the highest value in this world. His partner, Inga, is a demon who possesses the ability to make people in question speak the truth and only the truth. Given that the country undergoes rigorous oppressive control and censorship over people and what they can do or say, Shinjuurou is determined to uncover the numerous illegal activities taking place. Facing resistance from Rinroku Kaishou — a man who has power over the information circulated in the country, Shinjurrou works to solve cases and fight for what is right.

A series that seamlessly blends horror with criminal investigations, this is a show that might not have you hooked from the first episode but the horror elements will have you coming back for more. The plot is centered around a classroom that is cursed and haunted by a particularly vindictive spirit. The class works to fight against the haunting by establishing several defenses that can do away with the spirit’s curse. The efforts, however, go vain when a new transfer student enters the scene and unintentionally does away with the defense measures. This causes the protagonist to begin investigating the reason behind the curse to prevent his classmates from falling victim.

This high school anime is a combination of the slice of life and mystery genre that is centered around 4 high school students — Mayaka Ibara, Satoshi Fukube, Eru Chitanda, and Houtarou Oreki. These are the students that make the Classics Literature Club and the friends soon begin experiencing strange mysteries surrounding their club and school, with ties to the club’s history. Eru’s enthusiasm ropes lazy Oreki into helping her with all of her shenanigans. Combining their investigative techniques, resourcefulness, and deduction skills, the four friends seek to uncover the truth surrounding the mysteries of their school.

A futuristic take that reimagines the classic manga Astro Boy (by Osamu Tezuka), Pluto surrounds an era in humankind when robots are capable of qualifying as humans. This allows them to live easily among humans, work in corporate offices, get married and raise a child (or children) together with their spouses. However, when a serial killer enters the scene on a mission to eliminate the 7 most important robots of the world, the story takes a darker turn. Detective Gesicht is tasked with the mission to investigate the murders, unaware that he is a target as well — an added thrill to the plot of the anime!

With these anime and manga in mind, go on to create the perfect detective watch and read list that is a blend of all things horror, supernatural and lively! Grab a bucket of popcorn and a soft drink and you are good to go!

Rachel is the author of No Filler Anime. She likes thinking about anime, characters, analyzing them, and wondering about different theories.