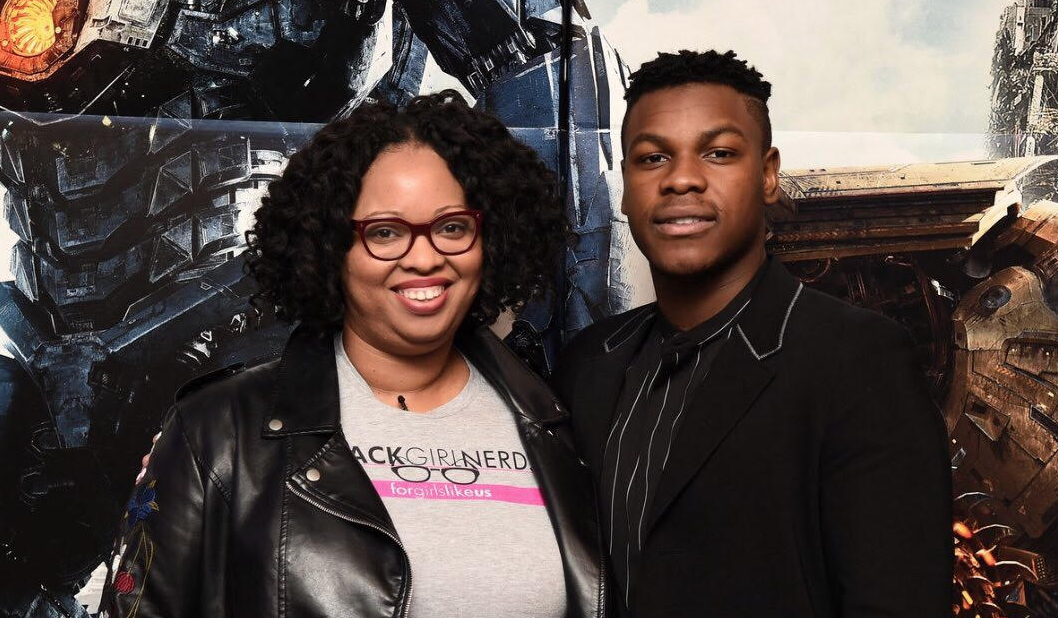 On March 19th in New York City, the team over here at BGN had our first opportunity ever to host a film screening.  When BGN does an event, we like to do it in a BIG way — and I was so honored and pleased to be asked to host a Q&A, featuring Mr. John Boyega himself of his latest sci-fi adventure Pacific Rim Uprising.

The event brought in over 300 RSVPs and we were at capacity with only 127 seats.  This being our first screening, I wanted to start with a smaller venue since there wasn’t a precedent set to ensure how many people would attend. I know now to never underestimate the quantity of the BGN fandom.  There were a line of attendees out of the door to get into Regal Cinemas in Battery Park.

Don’t believe me?  Check out Korynthia’s video of some of the attendees!

The Q&A happened immediately after the film ended and was for 30 minutes. We took questions first from Twitter fans under the hashtag #BGNMeetsPacificRim and then we took questions directly from the audience. John vibed well with the crowd and was super comfortable with giving his all about everything from working in sci-fi, to preparing for his role, to chatting about how he wanted his hair styled for the film! You can check out the Periscope video of the Q&A here:

Attendees were provided popcorn and a drink as well as some merchandise swag from the film. We worked with Drop Into Digital that helped with live stream the Q&A via Periscope.  Special thanks are in order for several people involved in helping to put this together.  Jon Gist and his team at Universal Pictures, Chardae Jenkins and her team at Cashmere Agency and Cricket Wheeler and her team at Drop Into Digital. Special thanks to our NYC-based journalists Korynthia and Abbey for helping with monitoring the crowds, check-in, and taking photos.

Finally, our Director of Online Marketing for BGN Kayla Sutton put in a lot of hard work and effort into creating the graphics and working on social media promos to inform fans of the event.  I couldn’t have done this without you Kayla!

BGN is offering a giveaway of some of the merchandise given out at the screening, so if you haven’t done so already, please check it out!  Giveaway ends soon!