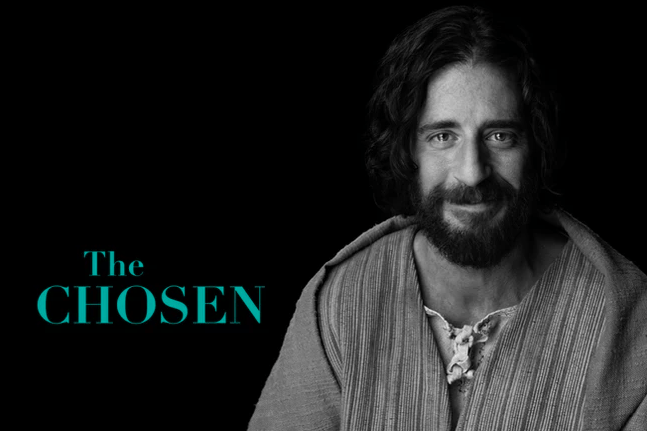 Dallas Jenkins, the director of this multi-season series The Chosen, is no slouch. At the tender age of 25, he (along with others) produced the feature film Hometown Legend. The skills he obtained there and in other productions have allowed him the ability and confidence to take on an imaginative, brilliant, and adventurous series. In his most recent project, The Chosen provides an innovative and provocative take on the Gospel. The elements that are imbued in this series that make it so wonderful are its utilization of a diverse cast, the artistic liberties it takes, and the story in an immersive media experience.

The Chosen is the first-ever multi-chapter show about Jesus Christ from the perspective of those that knew him, his followers. What makes this series so unique, apart from being the number one crowd-funded series in history, is that it provides an easy to follow and entertaining experience for the whole family. For anyone looking to enjoy the Biblical narrative, this multi-episode series will compliment anyone’s understanding of the text. From scenes that explicitly endorse forgiveness and compassion to scenes that even hint at violence, the entire experience is a fun and enjoyable one.

Jenkins is a chrysalis bursting with capability. An illustration of this is his inspired piece of casting. Characters like Matthew (Paras Patel) really steal the show. His performance is a must-see. Matthew is a tax collector with a gift for mathematics. In the series, he lives a life of luxury and wealth only to turn away from it for the chance to serve Jesus. Patel is probably most known for his role in Duff as Anupam and in Fresh Off the Boat as Carl. His performance in this series is truly outstanding.

Simon Peter (Shahar Isaac), a fisherman who is in debt, finds peace in Jesus’s teachings. He is a broken man struggling with faith and finance. He tries to find ways of repairing things around him but to no avail. He witnesses a miracle Jesus performs in order to assist him with his debt and becomes a follower. Unable to catch any fish on his own, Peter obeys Jesus’ command on where to cast his net, and fish start to appear. What he was not able to solve on his own he finds in the loving embrace of Jesus.

Mary Magdalene (Elizabeth Tabish) is tormented by demons. She becomes a believer after malevolent spirits are cast out of her. At no point does Tabish’s performance slip from moving the audience. Her story is one of great importance for its heartbreaking and crucial nature.

Nicodemus (Erick Avari) is honestly a picture of perfection. His internal struggles and conflicts are vibrant and exemplified by his actions. At no point in his performance does the acting falter from achieving the emotional response the scene deserves.

And lastly, Jesus (Jonathan Roumie) is remarkable. His presence, sincerity, and lovingness are just what one would expect and more. His ability to communicate and command the attention of the onlookers helps to bring the message beyond the screen. Every one of these terrific actors brings the characters in the text to life.

The Chosen (as it stands now) begins its first episode with Simon and Mary Magdalene and ends with the group of followers heading to Samaria. This is the starting off point of this incredible show. This series has a way of exciting and educating those familiar with the text and those who are just newly coming to it. While many other productions of the gospel only lure dedicated individuals, this production appeals to a larger audience with its accuracy, tone, and message. There are some artistic liberties that are taken but are all done in order to enhance the experience for the viewers, as well as support what is written in the Scriptures.

While watching The Chosen, the feeling of emotional investment and thrill filled this viewer. The message of love and hope was intoxicating and powerful. The impeccable acting helped to excite and engage, while superb camera angles stay on the characters for the exact amount of time that is needed to feel emotionally invested. When watching the miracles that Jesus accomplished, with the fish that got Simon out of debt, the wine at the wedding, healing the leper, and allowing the paraplegic to walk again, each one solidified the experience.

While there are times that the costumes seem a little too new and fresh, specifically for the Romans, this does not distract from the incredible attention to detail that was given to all the other costumes. The viewing experience while watching the scenes transition from one to another was flawlessly executed. The program does many things well, and at the core, it always maintains and reinforces the message. There are times that music slowly makes its way into the scene, and it is done so effortlessly that one could believe the music was always meant to be there.

This spiritual and religious series has so many wonderful qualities that all combine for a production that elegantly captures the Biblical narrative. When so many things in the world feel grim, this is a great time to screen a series that preaches messages of hope and caring for one another. Sometimes we have to believe in something outside of ourselves, and The Chosen provides that in an easy-to-watch platform.

The Chosen is now available to stream here.

The Faith-Based Drama ‘Overcomer’ Is All About Lack of Faith