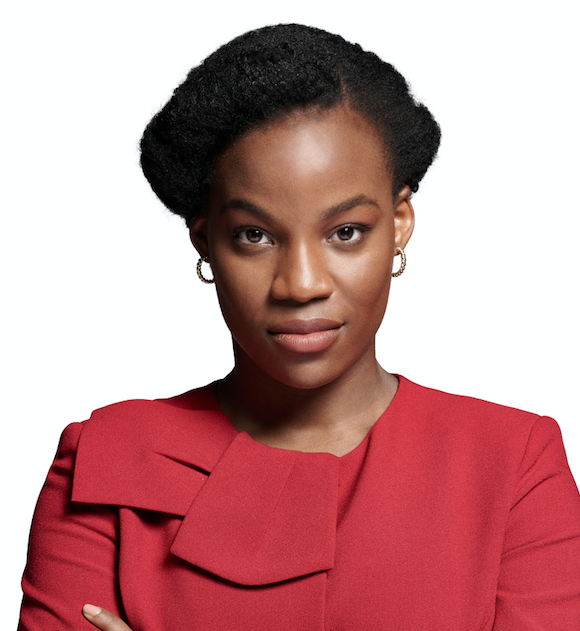 What if 4,400 random people from various time periods were transported to Detroit on a warm, summer evening? That is the premise of 4400, a reboot of The 4400, which ran on the USA Network from 2004 until 2007 and introduced Oscar winner Mahershala Ali’s breakout role playing Richard Tyler. Back then Ali was the only Black man who was a series regular on the show, but times have changed and The CW is rooting for everybody Black. The majority of the series’ regulars are Black, and time travel on network TV will never be the same. Newcomer Brittany Adebumola is a powerhouse as Shanice Murray, a lawyer and new mom, who is unexpectedly transported from the year 2005 to 2021. BGN spoke with Brittany on the phone about time travel and what it is like being first on the call sheet for the first time in her career.

How did you feel when you first read the pilot for the show?

The romantic in me was just swooning over the love that Shanice has with her husband and daughter and them trying to figure out this new chapter in their lives together. Shanice is just such a bold and driven person, and she’s not afraid to take up space — 23-year-old Brittany is still figuring out how to be more confident and take up space, unapologetically. Stepping into this character, who in many ways is someone I would aspire to be, was exciting for me [and] has been a great challenge. Part of me also hopes that it will foster some personal growth.

Another aspect of Shanice that intrigued me was her struggle with postpartum depression (PPD) as a new mom. It’s something so many women go through. Shanice is from the year 2005, and we weren’t having the conversations around mental health [back then] in Black communities that we currently are having. When I researched what the experience of motherhood was like, it was eye-opening to see how many of the women I spoke to had endured PPD and are still enduring it in the form of guilt and shame and frustration that a lot of mothers harbor.

The pilot lands Shanice in sticky territory. What were your favorite moments to play?

Any time Shanice is in lawyer mode is always very fun. And I think Shanice’s reappearing in her daughter’s life made me evaluate some personal relationships I have in my life. The more I prepped for this role, the more I realized that I, in many ways, am kind of like Shanice’s daughter Mariah, so it was interesting to play Shanice — [someone] who is definitely a person in my life and to find empathy and understanding for that person. I consider the ways in which their reappearing in my life took a toll on them. I thought about how much courage it takes to try to rekindle relationships. It’s been emotionally exhausting but also makes me reflect on my own personal life a lot.

How does it feel to be working in the industry right now?

It feels amazing. As an audience member, you see Black actors playing Black characters on screen, but oftentimes, people don’t consider what goes on behind the scenes. There’s another world beyond acting and directing. There’s makeup and hair, costumes, writers — this huge collaboration, different people putting the puzzle pieces together to create this work of art. And, although it’s nice to have representation on screen, it also matters behind the scenes. Think about it: whoever is putting on your makeup and how they’re putting on your makeup affects the work from the jump. Just being able to sit in the makeup chair knowing the makeup and hair departments’ artists actually know how to style Black hair and do Black makeup and that the lighting department knows how to light us is a blessing. Working on this production, I’ve felt so cared for in all of those aspects, which I think really only strengthens my work.

I’ve been lucky. This is only the third TV show that I’ve worked on, and it’s the first time my name is first on the call sheet. It makes such a difference in my performance, being cared for in this way. I’ve read Gabrielle Union’s book and Taraji Henson’s book, and they both talked about having to bring their own wigs to set, having to style their own hair, and having to do their own makeup on top of the pressure of hitting the ball out of the park in every performance. I walk into these productions knowing that the crew isn’t going to fail me, and I can focus on the work. It’s been such a pleasant surprise and so refreshing and comforting to work on a production where I’m taken care of in all aspects. All of the departments know how to do their jobs — they know how to make Black and Brown people look gorgeous! It’s phenomenal.

What period of time most intrigues you?

The fashion of the ’90s carries over, but the most interesting time period would be the 1920s.

I’ve been watching How to Get Away with Murder blooper videos. To see Viola Davis mess [up] her lines and say, “S*it!” after every line and then apologize to everyone, even the background performers, because she isn’t perfect, has made me laugh so much in the last two days. Yeah, that has brought me a lot of joy, and it’s made me feel like it’s okay to mess up. You don’t have to be perfect. If I live like that, that you can definitely slip up from time to time, it’s not the end of the world and you keep moving forward. So that’s brought me a lot of joy literally in the last two days.