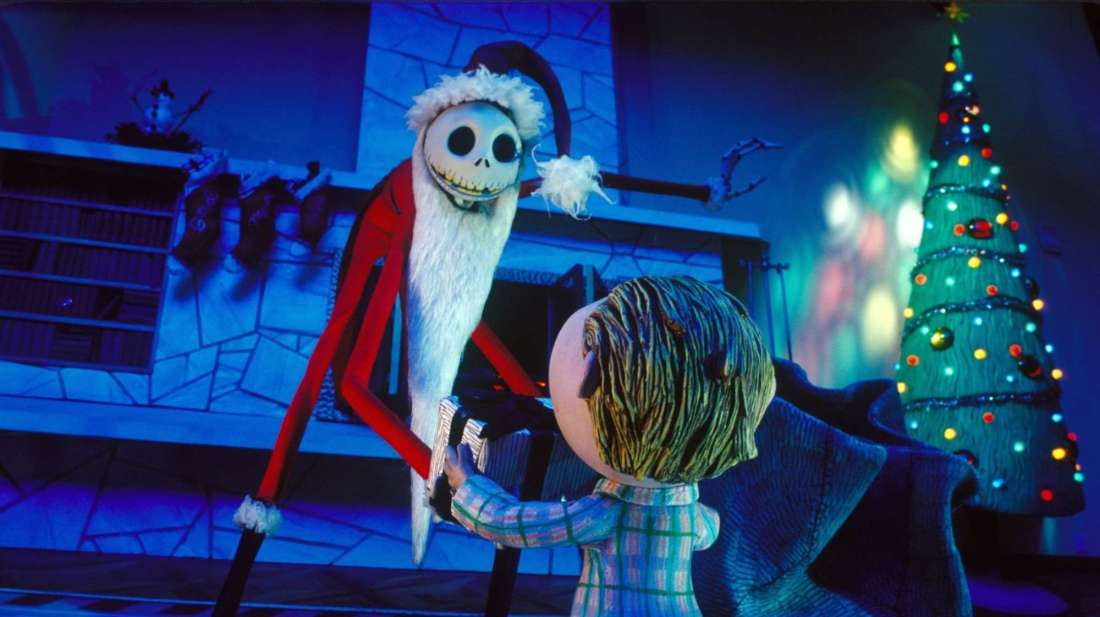 “Boys and girls of every age, wouldn’t you like to see something strange?
Come with us and you will see, this our town of Halloween.”

From the first chords of its opening music (you’re totally hearing it in your head right now, aren’t you?), The Nightmare Before Christmas casts a whimsical and dark spell that has not lost an iota of its strength in the 25 years since it was first cast into the world. In fact, with its upgrade to high definition, the film has only gotten more beautiful over the years.

Jack Skellington (voiced by Chris Sarandon with songs by Danny Elfman) is the ruler of Halloween Town, from whence all of October season’s devilish delights originate. But after this year’s successful holiday, Jack is suffering from depression and burnout as he feels every year is “the same old thing.” Because it is impossible for Jack to abdicate his Pumpkin King crown he goes into the woods for his dark night of the soul only to discover portals to other holiday towns like Thanksgiving, Easter, and St. Patrick’s day. He opens a door and finds himself hurtled into Christmas Town, the veritable opposite of Pumpkin Land. He falls in love with the place, its warmth and loving energy so different from the ghouls and goblins of Halloween Town.

When Jack returns to Halloween Town memories of his trip turn into an obsession, and he decides that taking over Christmas is just what he needs to break out of his funk. He sends a trio of henchmen to kidnap Santa Claus and begins his makeover of the holiday. But not without some resistance, particularly from Sally (voiced by Catherine O’Hara), a rag doll brought to life by Halloween Town’s mad scientist Dr. Finkelstein (William Hickey). Sally is secretly in love with Jack, and has a terrible premonition that this course of action will end up killing Jack. 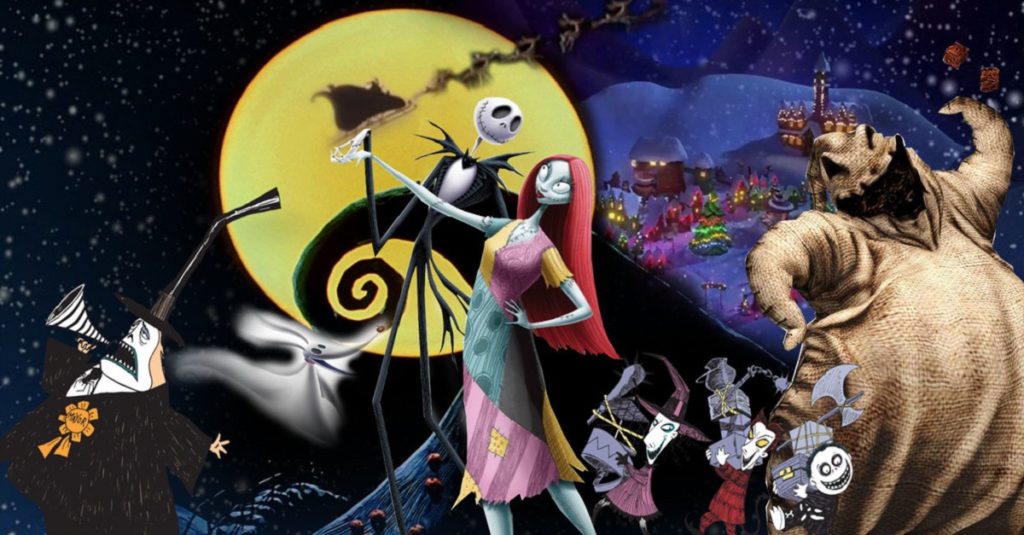 With its detailed claymation, or stop-motion animation, The Nightmare Before Christmas was made for today’s technology. I’ve seen this movie on VHS tape (yes, I’m old), DVD, and in the cinema, but it’s never looked as crisp and colorful as it does in HD streaming. The artwork is just stunning, and I noticed so many new creatures hiding in the shadows that I’d never seen before. It’s almost like this movie is a living thing, with its own aura that glows far beyond the screen and right into my heart.

Sally’s character in particular is compelling, year after year. It never fails to amaze me how each time she falls she sews herself back together, a wonderful message of self-empowerment for all the women like her trapped in abusive relationships. Her fight for bodily and other autonomy will always be relevant. And that she is the one who ultimately sees Jack’s mistakes and tries to save him is a lovely gender role reversal that is one of so many things about this film that have aged it well.

With a weird and wonderful cast of all monstrous measure, including the two-faced drama king of a mayor (Glenn Shadix) and the disgustingly delightful Oogie Boogie (Ken Page), the visuals plus Danny Elfman’s marvelous music and lyrics are simultaneously horrifying and heartwarming. Caroline Thompson’s screenplay (based on a Tim Burton poem and drawings) is a work of pure magic and art. There is a short list of similar movies that have struck such a perfect balance between horror and delight, the forces of light and darkness. I love how we see Santa’s dark side emerge when he crushes the final bug of Oogie’s body with a mean smirk. And how the terrifying king of Halloween Town has a soft side that allows for introspection and forgiveness. It’s truly magnificent.

There’s still more, though. Normally it’s impossible for me to turn off my social justice brain when I’m watching anything. For some reason though, I purely enjoyed The Nightmare Before Christmas for enjoyment’s sake and without too much analysis. Imagine my surprise when I decided to put on my critic’s hat this year only to realize that The Nightmare Before Christmas is a cautionary tale about the perils of cultural appropriation and colonization. Jack, as colonizer, visits a foreign land and decides that he wants it for himself — and takes it. Ruining it in the process and getting many people, and lots of children, hurt and almost killed.

The message of The Nightmare Before Christmas is that it’s great to get out and explore other worlds and be transformed by those experiences. But you should not try to co-opt these foreign customs, places, and people just because you want to or feel entitled. You must always remember where you come from and be a gracious visitor. Don’t be a colonizer. It’s ugly and cruel, as Jack’s version of Christmas turned out to be. This is a message far ahead of its time that many are still struggling to understand and apply to real-life situations today.

Like all the best, even this nightmarish tale is a love story as Jack is finally able to see and appreciate Sally, the one person who always saw him as more than just the Pumpkin King. Which was really all Jack ever wanted: to be really seen even if by just one other person. Ultimately, isn’t that what we all want? That soul to soul recognition? It’s this element that makes The Nightmare Before Christmas not just a timeless holiday classic 25 years later but also a movie to enjoy all year long.

“For it is plain, as anyone can see,
We’re simply meant to be.”