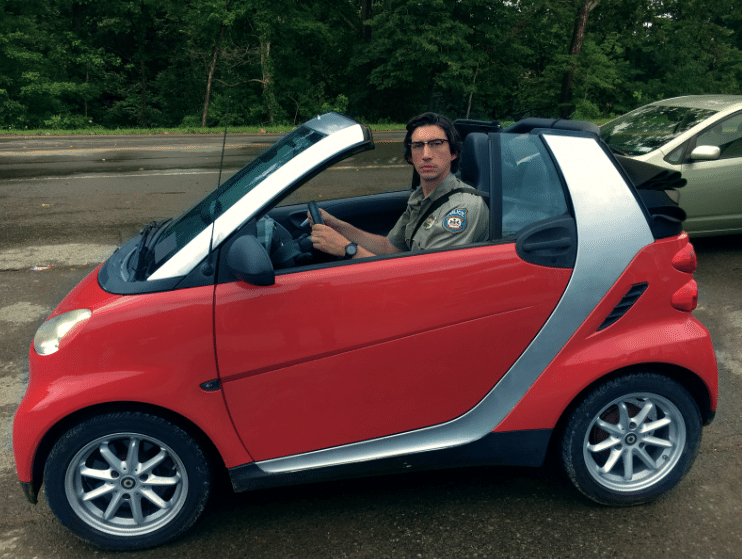 After escaping from the zombies that killed her brother in the graveyard where their parents were buried, 1967’s Night of the Living Dead sees Barbra (Judith O’Dea) escaping in her Pontiac Lemans to eventually find sanctuary with others. Horror nerds, correct me if I’m wrong, but the next example of a zombie getaway car doesn’t appear until 2002’s 28 Days Later, as those 35 interim years of sporadic zombie narratives tended to focus on groups trapped in closed quarters with designs to kill the zombies rather than run from them. 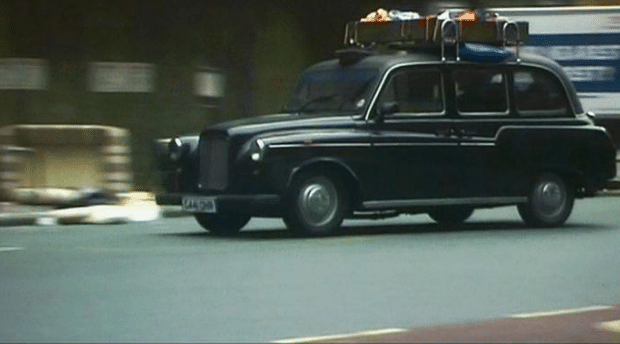 28 Days Later features a 1989 LTI Fairway repurposed and fully loaded taxi that takes Jim (Cillian Murphy), Selena (Naomie Harris), Frank (Brendan Gleeson), and Hannah (Megan Burns) away from London’s zombies toward a set of far worse monsters. In honor of May being Zombie Awareness Month — who knew? — let’s take a little jaunt through the history of zombie getaway cars.

Until Jim Jarmusch’s upcoming The Dead Don’t Die, zombie getaway cars have been primed for speed and armor. From the Jaguar Sovereign V12 in Shaun of the Dead to the 1969 Cadillac El Dorado and chopped Harley Davidson motorcycle in Planet Terror, the ability to quickly high-tail it away from zombie hordes was key. As zombies have picked up speed over the years, it’s odd that the escape response has virtually remained the same. Like the Shelby Mustang GT500 from I Am Legend or Alice’s (Milla Jovovich) Ducati motorcycle in Resident Evil. These sleek and sporty zoomers make for great chase scenes and look hot on camera, but their ultimate gas-guzzling impracticality as resources dwindle can’t be seen as a long-term escape plan.

By Zombieland (2009), Paranorman (2012), and Cooties (2014), where lots of humans are fleeing in large groups, size and strength overtook speed as protagonists escape in a Hummer, Cargo van, and Chevy van respectively. Once again, these environmentally un-friendly vehicles are unsustainable in the longterm especially in the post-apocalyptic conditions that will deplete oil reserves in the United States without ability to replenish them. On The Walking Dead it took years before they started running out of gas, and when they do their entire methods of life shift drastically back to settler-colonial days.

But not in Jarmusch’s zombie horror comedy The Dead Don’t Die, premiering in cinemas across America on June 14, 2019. For the first time in zombie film history, a Smart Car and Prius are the choice getaway rides for The Dead Don’t Die’s star-studded cast. And it is long overdue. As fictional zombies appearance and gait changed to match our faster-paced society and their function as metaphor expanded, it’s rather odd that how we escape from them has stayed the same. Sexy muscle cars and utility vehicles being the ongoing preference in spite of how impractical they were. Even the military issue Jeep from World War Z and the huge modified ambulance, school bus, and four-door SUV in Resident Evil: Extinction would have been running out of petrol constantly and putting everyone’s lives at risk once again as they sought out new oil stores.

While it’s certainly problematic that Jarmusch has disavowed any political message in his upcoming film — zombie films are inherently political historically as they serve as parables for the end of human society and culture and the variety of ways this plays out — he does promote an environmentalist agenda with the choices he’s made in The Dead Don’t Die. Talking to The Hollywood Reporter, Jarmusch said, “Watching nature decline at unprecedented rates for me is terrifying and concerning, and what concerns me is the apathy and failure to address something that threatens all living species.” Unfortunately, Jarmusch also goes on to say that, “Politics is not of interest to me,” and, “This is not a political issue, and I don’t understand how it can even be considered such. Politics doesn’t seem to save anything. Politics is a kind of distraction.” Yikes. This indicates that Jarmusch doesn’t actually understand his new place in the zombie film canon, nor the inextricably linked intersections of real-life politics and the environment, in particular since we are living in an American political regime that has been rolling back environmental protections since it came into power in 2016.

Regardless of Jarmusch’s personal thoughts on the politics of his film, horror fans and zombie-heads will, of course, be analyzing the canon’s newest entry next month through the socio-political lens that automatically comes with this parable-heavy sub-genre.

Will The Dead Don’t Die set a new standard for zombie escape cars going forward with less sexy muscle cars and utilitarian vehicles to more environmentally friendly getaway rides? It’s wild that nobody has ever used a solar-powered vehicle to escape from zombies yet, since that would be the only sustainable and renewable energy source in a post-apocalyptic world. And if zombies can evolve over all these decades, then how we escape from them really should be shifting too.