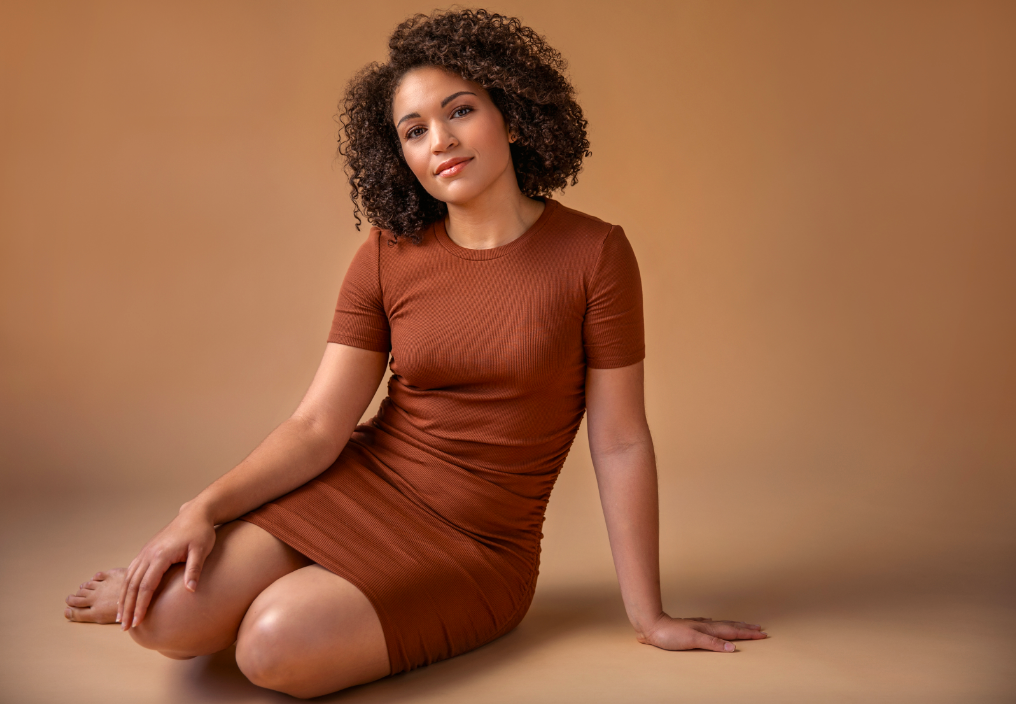 As we approach the eve of the series finale of The Falcon and the Winter Soldier, there is still so much to unpack with so many of these characters.  This not only includes our titular characters Sam Wilson (Anthony Mackie) and Bucky Barnes (Sebastian Stan), but also our tertiary characters as well. One of the most climactic moments of the season was seeing John Walker (Wyatt Russell) kill an innocent man in front of a crowd of people during a fit of rage. The one person in John’s life, aside from his military buddy Lemar Hoskins (Clé Bennett), who keeps him grounded is his wife, Olivia Walker. In an exclusive interview with BGN via email, actor Gabrielle Byndloss who plays Olivia chats about her role and the impact this show has had on fans — particularly fans of color — this season.

Congrats on now officially being a part of the Marvel Cinematic Universe!  Can you share with our readers how you got the role of Olivia Walker?

Thank you!  I auditioned for the role of “wife.” It was originally two scenes that I recorded and sent in to the casting directors. From there, I was cast and would later figure out that my role was “Olivia Walker,” wife to John Walker.

Olivia is very supportive of John. Although we don’t get to see much of her relationship with John in this series, there’s obviously a lot to unpack between these two given the dynamic of who John Walker is. What would you suspect Olivia’s yin to John’s yang would be?

Great question! Olivia is John’s comforting strength. She is able to stay grounded when John feels like everything around him is moving. They have a deep connection from being high school sweethearts. Olivia reads John easily and has the right comforting words to pull him back into the world.

Episode 5, “Truth,” revealed a tell-tale moment of a scene you were in with John Walker featuring actor Julia Louis-Dreyfus. First of all, what was it like working with her? Were you given advance notice of who you would be working with when reading the script for the series, since Marvel is always so shrouded in secrecy about its projects?

Yes, Marvel did let me know in advance that I would be working with her. Working with Julia Louis-Dreyfus was a dream. She commands the room with her infectious energy and knows how to really create a character. I was in awe at the fact that I was working alongside her because I knew I would learn so much. She is overall a wonderful human to know.

As a multi-racial actress, can you share with us how significant the messaging of Sam’s story has been to you and the impact it has on BIPOC Marvel fans?

For me, Sam’s message hits hard. At the end of Avengers: Endgame, I couldn’t help but think that Steve giving Sam the shield meant a lot more than just handing over the job. It’s different for a Black man to be considered the next “Captain America”. Sam says it best: “The history of that shield is … complicated.” Marvel had a choice to just glide over the history or to use their platform to take a stance. I cried watching Episode 5. Being a part of a show that is choosing to show the real meaning of being Black in America while also bringing in our culture and history is everything I have dreamed of. I didn’t get into this business to become famous. I got into this business to be in projects that made people think and feel in ways that might be hard at times. That’s the beauty of being an actress — bringing my own life experience to the screen where younger women can see themselves represented while others can gain perspective.

What has been your favorite moment while filming? Are there any scenes either that you were in or not in that resonate with you the most?

I don’t think any moment will top the first time I walked on the set. It was surreal. Just getting a pass to park that had my name and the word “Marvel” under it still gives me chills. I feel both deserving and honored to be added to the MCU. Everyone on set has been more than welcoming and created an atmosphere where we can play and work. However, nothing will top that first “it’s really happening” moment for me.

As far as scenes go, when Isaiah Bradley shares his story to Sam about his wife, it stuck with me. Isaiah represents the story of so many “erased” Black men, and Carl Lumbly does an incredible job telling it.

Are there any current projects that you are working on that we should know about?

Yes. I am currently working on a project called Long Slow Exhale, directed by Anton Cropper and created by Pam Veasey. It’s full of drama, suspense, and uses its platform to tell the story of real life. I play the role of Vivian, the lead JC’s assistant and right-hand woman.