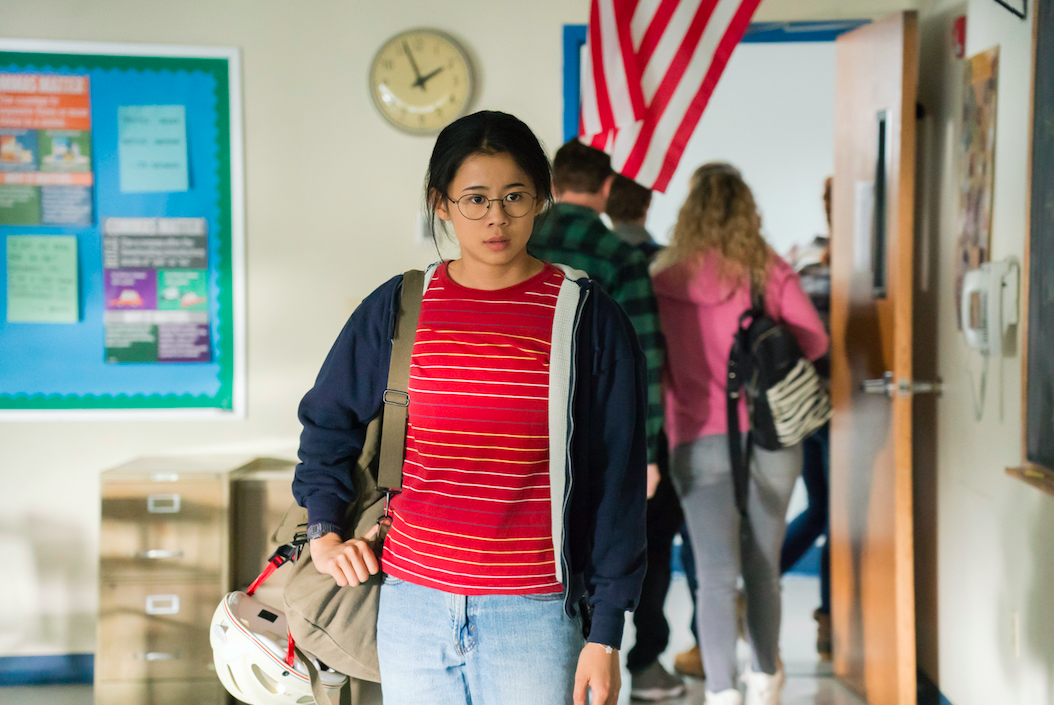 While audiences and filmmakers have become more progressive over time, there are still few films that address many of the ideas that director Alice Wu takes on in the Netflix original film The Half of It.

Wu takes audiences on an unexpected journey as she dismantles the myth that Asian girls can’t be gay or queer, butch or masculine. Additionally, Wu cleverly depicts a world where people hide their fluidity in the midst of Squahamish’s Christian conservative community.

Wu tackles the toxicity of conditional love, gender performance, and generational pain. Ellie’s identity expands far beyond being a trope, as she explores her identity in ways that leave audiences both engaged and heartened.

There are many layers to this well-crafted story, but I believe the center of its message is love. It’s not romantic love that is transformative in this film, but that of radical self-love.

Ellie learns to love herself even if it means being rejected. Paul Munsky (Daniel Diemer) learns that love is more than thinking a girl is nice or pretty. He has to love himself enough to let go of the false conventions of love and conditionality that were engrained in him. Edwin Chu (Collin Chou), Ellie’s father, must love himself enough to enable himself to heal from his grief and support Ellie.

The biggest self-love journey of the film is perhaps that of Aster Flores (Alexxis Lemire). Aster is inundated with rules over her body, sexuality, faith, education, and identity. In many ways, her future is owned by her boyfriend Trig Carson (Wolfgang Novogratz), her father Deacon Flores (Enrique Murciano), the conservatism of Squahamish, and her own myths of little worth.

The contrast of Ellie and Aster is amazing, as Ellie challenges Aster in ways that make her uncomfortable. Wu strategically places each character in a situation in which they are very uncomfortable. Their discomfort usually comes from a challenged moral value that they must justify for the first time. Ellie forces Aster to ask herself what she wants, rather than what society wants from her.

Ellie and Aster are both compelled to explore what they really want from their lives. Squahamish seems to be a void that many people are sucked into for the rest of their lives. Each of the girls must decide if they’re willing to risk uncertainty and break free of the void.

This void isn’t just the geographical location of their small town. The void represents the societal expectations that seek to regulate their bodies and police their identities.

It would be easy for Wu to have told audiences the specific sexual orientations of each character. However, she decided to delve into fluidity, specifically with Aster. This beautiful depiction reminds viewers both young and old that they don’t have to rush to assign themselves labels or binary-isms, if they even want them at all.

Wu reminds people that self-discovery is still such an important part of our growth and development as people. Ellie Chu doesn’t have to be a conventional dyke in order to matter. Aster doesn’t have to announce her sexuality to anyone. The queer characters of Wu’s film are not the ones who owe the world answers — it’s the straight characters that must reckon with their choices.

Paul Munsky has one of the most solid growth arcs of a toxic white cis heteronormative male teen football player that I’ve seen in awhile. His ability to finally understand love at the end of the film was touching. Wu’s comparison of the tropes of love versus unconditional love were spot on. Paul thought that love meant focusing on the superficial qualities of someone that is “nice,” “pretty,” and “smart.” However, his authentic quality time with Ellie shows him not only does real love rely on vulnerability, it also relies on acceptance.

He must come to terms with the fact that true love doesn’t have ownership — it doesn’t bind or constrict someone’s selfhood. As Dr. Maya Angelou once said, “Love liberates.” Through bonding moments with Ellie’s father, both of them realize that they cannot hold Ellie back from her own journey. Ellie’s father and Paul both needed to step up and stop depending on Ellie or any woman to love them the way that served them best.

It was very moving when Ellie’s father explains to her that he wants her to be like her mother and pursue her dreams. He had depended on her to be the adult for her entire life, and yet she was stunted in her own self-discovery. By letting Ellie go, both Paul and Ellie’s father begin on their own journeys. They are not only starting lives without Ellie; they are also questioning their male privilege.

Wu also illustrates how there are men who would rather continue their toxic behaviors through Aster’s boyfriend, Trig. He is an undeniably static character, as he is the sort of macho “it guy” of the city that looks right past Aster. However, his perceived ownership of Aster and eventually Ellie points out the deeper mindsets that have developed rape culture and domestic violence.

The fact that Trig insists that Ellie must “want him” and then proceeds to physically move into her personal space was all too reminiscent of a flawed culture of male dominance. Throughout the film, Trig and Aster never have a single candid conversation. Yet, he assumes that she will marry him, not out of love, but due to lacking any other purpose.

Aster defaults to her role as a wife because she is afraid of the growing pains of self-discovery and the judgments of her community. Trig represents a socio-political ideology that persists in conveying that women are owned, rather than autonomous beings.

Wu does a lot of work in this film with various themes. She doesn’t care about the storybook ending that some viewers may have been dying for — she chooses something much more real. She gives audiences a touch of truth by reminding us that life has no absolutes, as we are ever-growing beings with the fantastic ability to be both fluid and steadfast in whoever we choose to be.

What Wu advocates for is choice, as she has Ellie warn readers that love is a messy investment. We may not be able to guarantee that love will last, but she reminds us that we have the right to choose our own paths. Instead of trying to be someone’s half, we deserve to be whole.