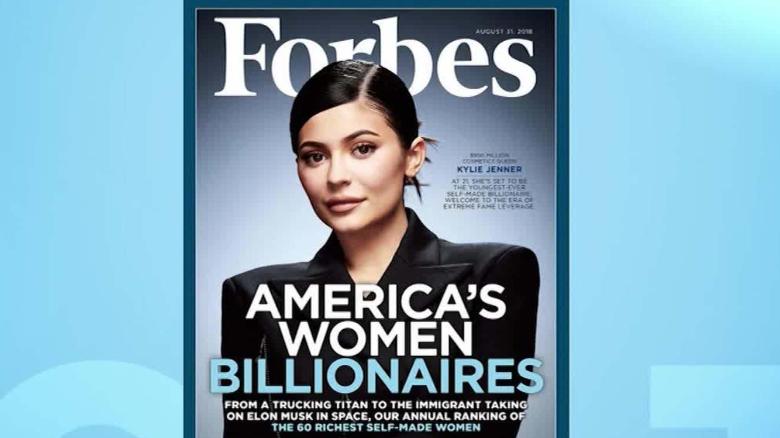 Did Kylie Just Make Herself the Youngest Billionaire?

I’m sure you all have heard about the most controversial story yet to grace the world of social media. Forbes names Kylie Jenner the soon-to-be America’s youngest “self-made” billionaire. There has been a lot of points presented by both Kardashian haters and Kylie “Stans”.  I’m here to discern the truth!

Forbes recently released an article explaining that Kylie has built a cosmetic empire that is valued at currently $800 million. This alongside Kylie’s other networks of income brings her own net worth to about $900 million. It seems that social media is outraged at Forbes’ use of the phrase “self-made” in conjunction with Kylie’s fortune. I can honestly say that I don’t blame social media. It’s hard to call someone self-made who has built their fortune off of their family name and public presence. However, let’s just go deeper and investigate the facts. I mean this is Forbes, a pretty credible source when it comes to celebrity net worth. 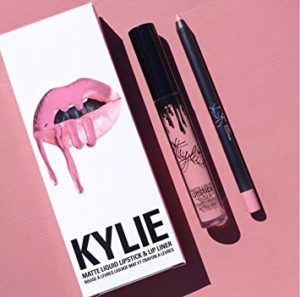 How Kylie started the Company

First, in order to understand the concept of self-made, we should review a couple of key points pertaining to starting a company.

1: Venture-Capital backed companies (aka VC-backed/ unicorns). Basically, a person creates a business plan and brings it in front of some companies that have the money to invest. Based on the company’s growth potential, the investing company will have a claim to a share of the company. Or said company may already be established by the sole owner and looking to grow with an outside investor.

A perfect example of this is Pat McGrath’s beauty company which was invested in by Eurazeo Brands. Pushing the company past the 1 billion dollar value mark. The amazing fact about this Black-Owned beauty company is that it was only started in 2015 alike with Kylie’s and has surpassed Kylie Cosmetics in value. Of course, this was with the union of an outside investor.

2: Angel Investors. Wealthy people who see the potential growth of a small company and choose to invest also claiming shares to the said company.

3: A Sole investor in the company is also the owner and brand creator.

So, the billion dollar question is…Is Kylie Jenner point number 3? Yes. Yes, indeed she is. This 20-year-old mother, model, daughter, sister, and company owner has built Kylie Cosmetics from her own pocket. According to the recent interview done by Forbes, Kylie reveals that with $250,000 from her modeling earnings, she paid an outside company to create the first 15,000, $29 lip kits.

Key point: It is important that she used her own money from modeling and not the Keeping Up With the Kardashians” TV show to start her company. Reality TV shows do have it written in the contract that financial growth from the show entitles the producing network to a cut of the profits. So, yes by company ownership, Kylie Jenner is considered “self-made”.

I know, I know… don’t all attack me at once. Allow me to explain!

It is no secret whatsoever that the Jenner-Kardashian family has the coined the term “famous for being famous.” I mean like really, it definitely makes you hate the media, or at least want to hate it. So, if the question is, did the family name aid for Kylie’s success? Short answer? Heck yeah! Duh, come on guys let’s be realists here. Just because Kylie Jenner uses her family’s public presence to increase her following, does not mean that she is not her own boss, or does not create her own marketing schemes. However, Forbes’ article is based only off of financial substance. Although, her fame from her family name plays a major role in the success of her company that’s not what Forbes was analyzing.

Let’s say Kylie’s family did contribute financially to Kylie Cosmetics. Don’t you think they’d want their piece of the billion dollar pie? One thing the Kardashian-Jenners have not kept out of the media is their hunger for fame and money. The fact that Kylie is keeping the money to herself is a sign of her independence from her family money. 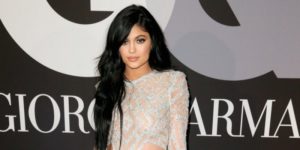 So, does she deserve the title?

Ok guys, the moment you’ve all been waiting for, the reason you are here. From the English dictionary’s definition of the term self-made can we conclude that Kylie Jenner is indeed self-made? Or, are we not going for Forbes’ foolery and heading in the opposite direction. Fact number one clearly states yes, she is self-made based on her company’s contribution to her wealth. However, fact number two states that her family name is the reason why she is famous in the first place ergo the reason her brand is successful.

Now, via the Cambridge Dictionary it clearly states that self-made is based on the result of your own work and own funding. By these means, I must give credit where credit is due and conclude that Kylie Jenner is indeed a self-made woman. Famous for being famous’ or not it doesn’t change the fact that she has put her money to good use and invested in her own dreams. Hey, is that not what being self-made is all about.