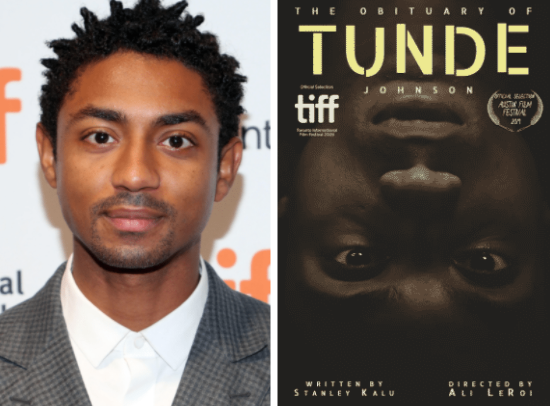 This timely film is directed by Ali LeRoi from a screenplay written by Stanley Kalu and stars Steven Silver (13 Reasons Why), Spencer Neville (Ozark) and Nicola Peltz (Transformers: Age of Extinction). It follows a wealthy, Nigerian-American teen (Silver) who is pulled over by police, shot to death, and immediately awakens – reliving the same day over and over, trapped in a terrifying time loop that forces him to confront difficult truths about his life and himself. The film tackles a number of issues prevalent in American society including racism, police brutality, LGBTQ acceptance, mental health, and addiction.

The Obituary of Tunde Johnson releases in theaters and VOD February 26.