The sexiest man alive, known as Idris Elba, plays the title role in the Netflix show Turn Up Charlie.

Turn Up Charlie centers on the titular Charlie (Idris Elba), a struggling DJ and eternal bachelor, who is given a final chance at success when he reluctantly becomes a ‘manny’ to his famous best friend’s problem-child daughter, Gabby (Frankie Hervey). Piper Perabo and JJ Feild co-star.

Idris Elba will make his first appearance as host on Saturday Night Live March 9 in support of Turn Up Charlie’s premiere. 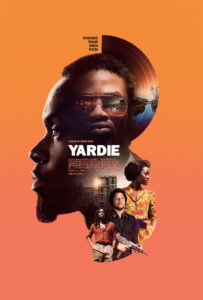 Elba made his directorial debut due for release called Yardie, which will also launch on March 15th. Set in 70s Kingston and 1980s Hackney (a neighborhood in London with a large Jamaican community),Yardie, based on the best-selling novel by Victor Headley, centers around the intertwined worlds of the Jamaican narcotics syndicates and the music industry, following a young courier named ‘D’ (Aml Ameen, The Maze Runner) to London where he seeks revenge for his brother’s murder and also reunites with his estranged girlfriend (Shantol Jackson, TV’s Thicker Than Water) and child.

Elba and Gary Reich co-created Turn Up Charlie and will serve as executive producers along with Tristram Shapeero. Shapeero will also direct the series with Matt Lipsey. Martin Joyce and Ana Garanito are co-executive producers. The series is co-produced by Reich’s Brown Eyed Boy Productions and Elba’s Green Door Pictures.

All eight episodes of Season 1 will premiere on Netflix globally March 15.