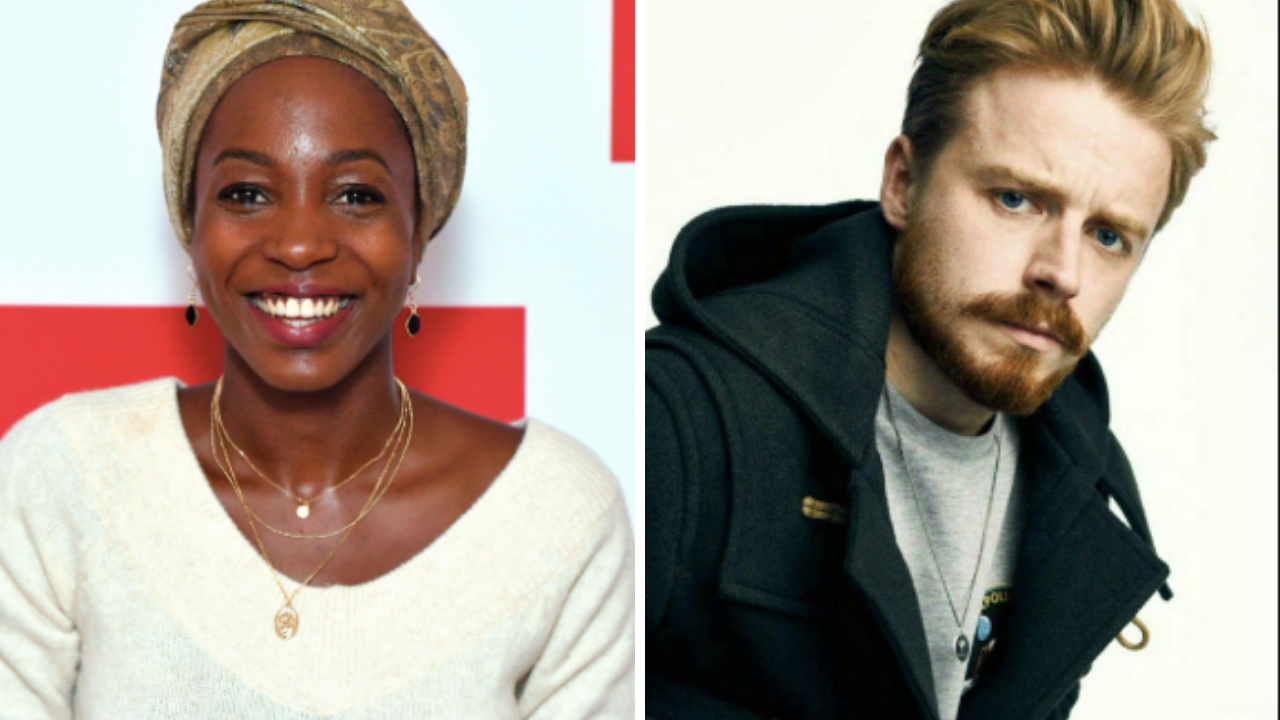 Tamara Lawrance and Jack Lowden have done a marvelous job in their respective roles as an expecting mother and a hardcore manipulator in their latest film, Kindred. Lawrance, with her all her talents, has portrayed a character in her own image. The way she reacts and considers situations are similar to her own reactions, and maybe that explains why her character is so convincing. Lowden similarly discusses the parallels he has with his dark and unapologetic character. Together these two actors reveal all the personal little factoids about the film.

For the release of the film, Kindred, BGN connected with the two for an online interview. It is here that we discussed their method of acting, their challenges, and even what they wish others would ask them about the film.

What sort of person is going to love your character?

Tamara: People who like breaking the rules. I think people who enjoy shade, like gossip. I think there’s something a bit naughty about Charlotte or just disrespectful.

Jack: Who will like Thomas? People who will like Thomas like corrupting other people. Manipulators. He might make people realize, Oh, my God, I’m a manipulator. I spend my whole time manipulating my family or my colleagues. I think he might wake a lot of people up, to be honest. Yeah. I love that.

Jack: I don’t think we are that similar in many ways. But I do like to serve. I tell you what I do. I realized this recently, about myself. I get more joy, and not in a sort of Charles Dickens kind of way, out of other people having more of a good time than I do. Having realized that, which I don’t think is a great thing, I think it sounds like it’s really charitable. But I actually think it means that you’re quite bored with your own life. And my character really gets a lot of other people having a good time. I think that’s probably the only thing.

Tamara: We share concerns about injustices, and authority, and rules. We definitely have opposite views on children. Like, I definitely don’t want kids now. I do think kids are incredible. I think we share a sort of resilience.

Is it easier to play this character or to be yourself on stage?

Jack: God, that is a good question! I think I definitely try to play the character. I’m like, “Yeah, man, I’m coming at it from this angle. I’m going change my thinking. I’ve read all these books.” And then they shout action, and I just play myself/ [Laughs.] We are learning.

Tamara: I feel exactly the same! I would love to be the kind of actor that is like, “Wow, you couldn’t even see Tamara in there!” But instead, what I do with my eyebrows, that is just how I would react in that situation. We are still learning.

What do you bring to this character that isn’t written?

Tamara: He brings his good looks, cheekbones, and hair! All of that! [Laughs.]

Jack: I’ll tell you what Tamara brings to the character that isn’t written. It might not be the most obvious thing, but Tamara brings a sense of humor to that character. It’s almost like she starts off with a sense of humor, like, “This is ridiculous; these people are not real.” She starts off with that glint behind her eyes. When you join a cast for the first time or you join an office for the first time and there’s someone that you consider to not be real, it’s like, “People like this don’t exist, no way! No one can be that openly rude,” or whatever. The more I’ve watched the film recently, the more it really makes me smile. It just adds another level from which Tamara’s character then falls, and you see that in her eyes. It’s quite brilliant!

What do you love about your character?

Tamara: I love that she is so discontent with being discontent up until the last moment, and she is really brave, I think that’s a noble trait.  She never gives up and is worried about her survival.

Jack: I like his bluntness, even though he lies a lot. I’m always jealous of any character in any film that is like that. Human beings are not as blunt in real life. If they are, it usually takes them weeks to do it.

What do you find disturbing about your character?

Tamara: That her hair didn’t grow very much in nine months. I didn’t want to say anything, but there it is. I’m just, “Bruh, or sis, drop that skin care routine!” [Laughs.] What’s going on? She has a magical clipper under her bed?

Jack: Yeah, we cut that scene when Thomas cuts Charlotte’s hair. I feel sorry for the characters whose life only exists in the house.

What was your biggest challenge about taking on this role?

Jack: Not growing my hair — that’s always a challenge. But honestly, the hardest thing was always trying to pin down every time we got to a scene where we were psychologically. I think that was harder for Tamara than it was for me.

Tamara: I agree. Definitely! Especially because there were a lot of scenes, as I said earlier on, that started to feel like it was the same scene, which added to the sort of the dysphoria and the strangeness of the film. And yeah, the suspense — you don’t want to reveal too much too soon. You don’t want to know too much too soon, or peek too soon, or whatever, or not sow enough seeds earlier on to make the end make sense. So, it was a challenge. That’s where Joe’s overview [Joe Marcantonio, the film’s director] came in handy.

What is a question are you never asked, but wish interviewers would ask you?

Tamara: These are good questions! “What don’t you like about the film?” [Laughs.] “Do you actually think the film is good?”

Jack: Yeah, it’s not what I’d like to be asked, but you’re never asked: “who did you hate on the job?” “Would you do it again?” “Do you actually think the film is good?” I think people should be made to answer that last question. “Do you think you should win the award?” Sportsmen and women can say they want to win the award. But for actors that seems petty.

After an incredibly interactive and entertaining interview, this writer got a better perspective on who these actors really are — two of the most funny and personable interviewees yet. This writer can’t wait to see what other productions they star in.

Kindred is currently playing in select theaters and available on digital and VOD.