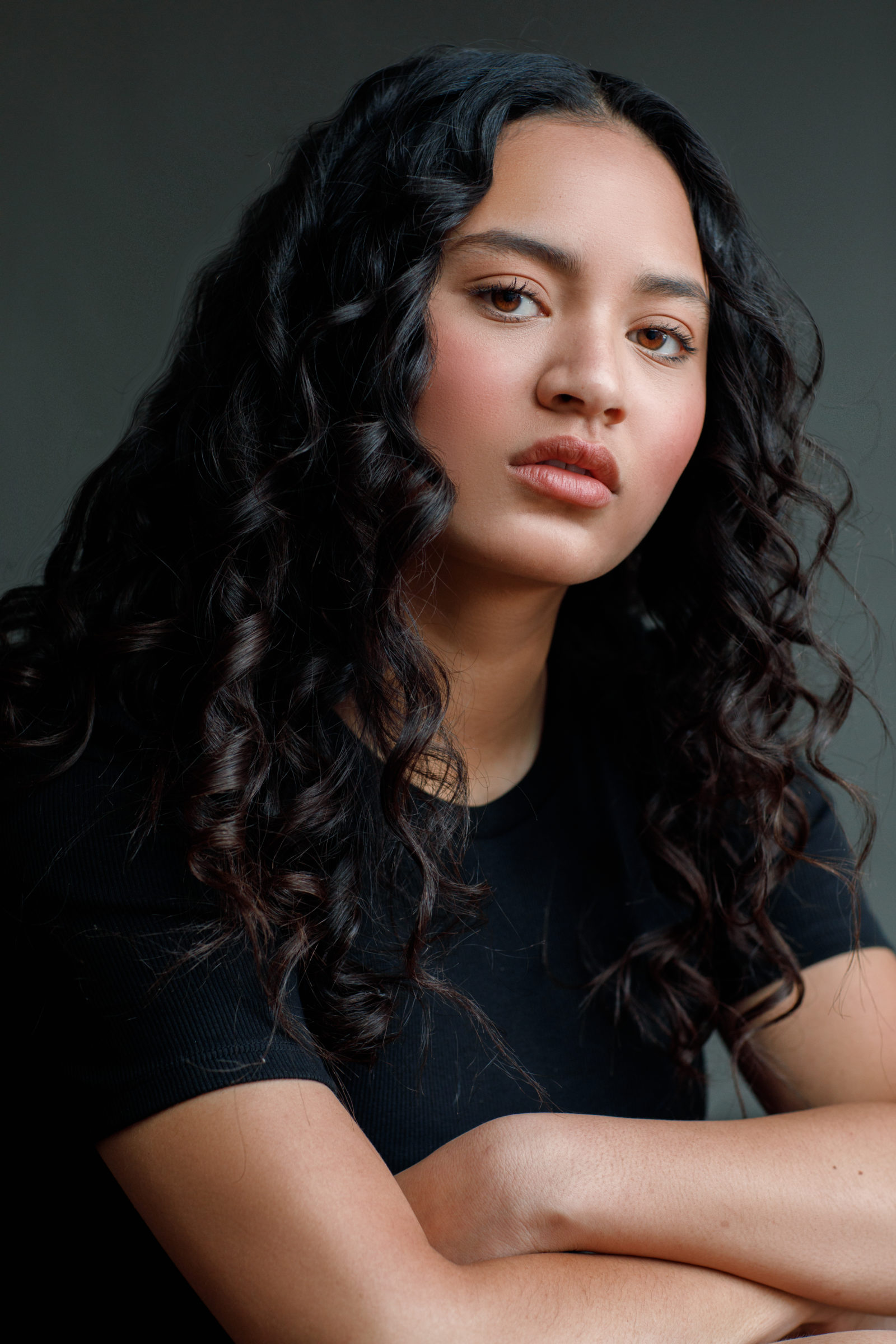 Girl has a sense of humor. That’s the first thing to know about Tiana Le of the new Disney+ dramedy series, Big Shot. She also has a good chance of becoming a multi-threat talent like her first boss Issa Rae (Insecure), but more about that later.

Oh, so I played Dayniece in 2016? I think Dayniece was the more outspoken, for sure. She’ll run her mouth no matter what, she doesn’t care. If she feels something she is going to say it. With Destiny, she’ll definitely say it but I think calculate it a little more. She likes to plan things out. She likes to be in control.

Destiny likes to make sure that “Hey I had this planned out.” I think she can become overwhelmed if things don’t work out. But with Dayniece, I don’t know, I think she would just go into it like, “I’m going to do it. I don’t care.”

The main difference is just how they approach situations, and maybe the main similarity is how outspoken and passionate and fiery they are.

Destiny’s very serious about the Sirens getting better, even a little hardcore about basketball. Did you have inspiration for how you would play the character?

I think the inspiration for playing Destiny comes honestly from my own life. I’m an athlete myself. I’ve played sports all throughout school, and then my brother developed into an athlete. I come from a household that’s very strong on prioritizing grades in school and making sure that when you dedicate yourself to something you are truly doing it a hundred percent.

So when I read the first script and I read at the audition especially, those were things that I immediately saw from Destiny. It made it very easy to play her because it is honestly like playing myself.

So what sports do you follow at your household? Basketball, football, everything?

Yeah. [Laughs.] My brother played football. Then I played soccer growing up, I danced competitively, and then I rowed crew also competitively. I was varsity all throughout high school.

When the whole college admissions cheating scandal broke, I’m sure you had some conversations in your household about the rowing because here you were doing it all the time.

I know! [Laughs.] It was actually funny because I looked at the pictures and I was like, “Why, if it’s this easy, did I not take pictures rather than actually do the four years of actual crew?” That’s a lot of races and a lot of injuries that I could have prevented!

I do love the sport, and I can understand why anyone would want to play it. It’s such an amazing team sport. Only on crew can you get forty other girls who are immediately your sisters because you’re just battling out PKs [a make of rowing machines]. I enjoy rowing, and I miss it all the time.

In both series, you’ve worked with Issa Rae. What if anything, in terms of acting/performing/writing, did you learn from her?

I’ve said this to my mom a few times. Issa is the reason that I want to write and direct my own stuff and have…well, I have my own production company but I want to have the type of career and especially the type of portfolio that she has. She has done it right.

She’s someone who had her own vision and went through a lot of networks. Even when they told her no or they tried to change it, maybe make it a white lead or change the characters or change what she saw for herself, she said no.

By her just saying that to me and really letting me know that I could set myself up for my career however I wanted it—I didn’t have to be an actor just waiting on someone to give me a role. So I credit her a lot for my drive to be the diversity that I want to be instead of waiting for it.

Gotta ask, because for some women of a certain age, John Stamos is sexy—

Oh, no, not Grandpa!

Were you aware of his image prior to the show?

I’m aware but it’s wild to think of him that way. You work with him and you become so close, it’s like, “Dude, you were a heartthrob? Like what? Like no, millions of people are mistaken.” [Laughs.]

He’s such a handsome guy, I will give him that. There are times when he gets into a suit for game day and I’m like, “John, I get it. I get it. I don’t know who did your hair today but it looks w-o-n-d-e-r-f-u-l.”

Any tease for upcoming episodes?

The least-risky thing I can say is that in the next several episodes Destiny is going to get a lot of things thrown at her, and a lot of things are going to be told to her that she did not see coming. A lot of dynamics will change in her friends and especially her family life.