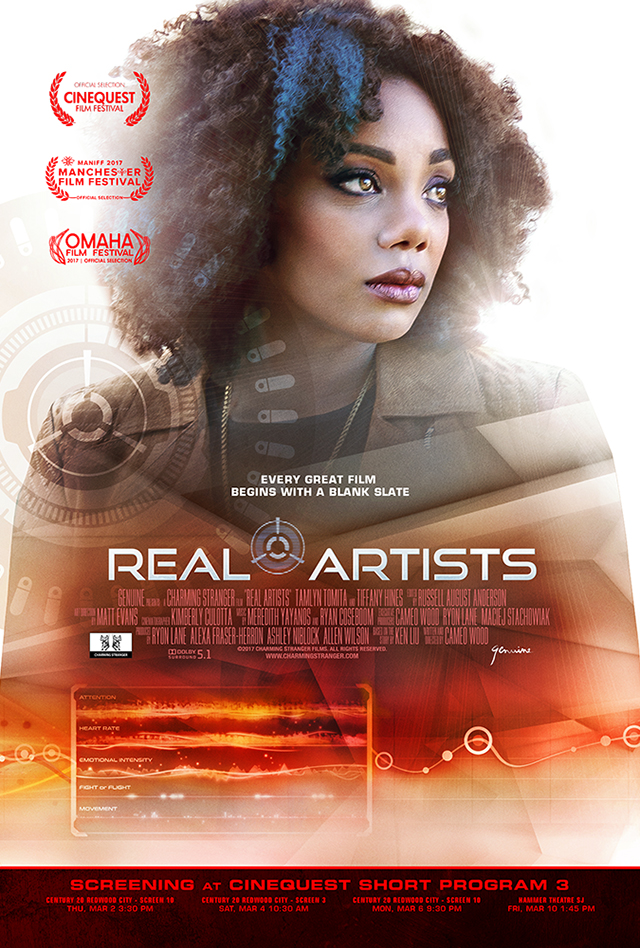 Tiffany Hines is popularly known for her roles as Birdie Scott on Beyond the Break, Michelle Welton on Bones, Didi Miller on Devious Maids, Jaden on Nikita, and Kelly Baptiste on Damien.

Now starring as Sophia in Real Artist set to screen April 9 at San Francisco International Film Festival. Tiffany’s plays Sophia, a young animator who gets offered what should be her dream job, but soon discovers the truth of the modern “creative” process and then must make a hard choice about her passion for film, what should she give up to become a ‘real artist’?

Black Girl Nerds: How did you find out about the role?

Tiffany Hines: My manager approached me about the project because recently I had developed a desire to tell some sci-fi or A.I. story. Science Fiction is one of my favorite genres to watch, but until now, I hadn’t had much of a chance to explore it as an actress. My manager arranged a phone call with Cameo Wood our director, and within minutes of talking to her about the project and her vision, I knew I had to be a part of it.

BGNs: How did you prepare to get into character?

TH: Since the film is based on the short story by Ken Liu, that was naturally the first place I started my research. I wasn’t very familiar with his work and was blown away by the originality of the concept. From there, I wanted to understand the world of animation. I wanted to understand what Sophia’s life was like leading up to this huge moment in her career. What kind of life do animators live today? I wanted her to be as authentic as possible. Luckily, I have a friend who is part of this world, and I was able to pick his brain as part of my research. 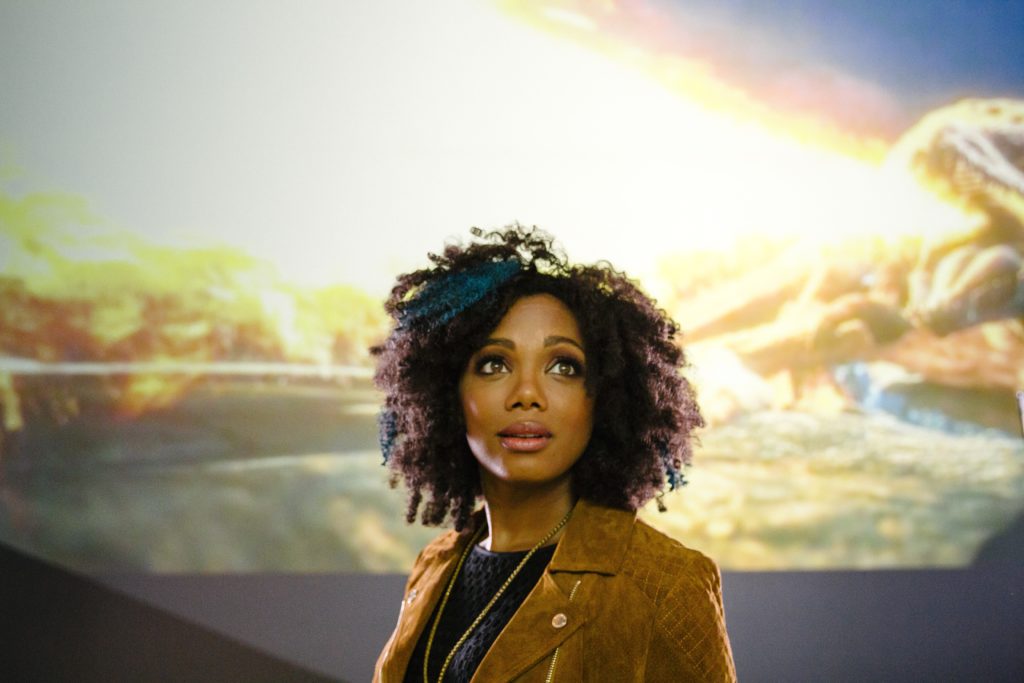 BGNs: Why should people see this film?

TH: Everyone should see the film because it makes you stop and think and raises profound questions that need asking today. You’ll think not just about your identity, and about what defines a “Real Artist,” but also about the role of technology and A.I. in the world today. At what point does the machine become the artist, and the artist become the machine?

BGNs: What makes you a ‘real artist’?

TH: I think with any artist, the idea that you are “real” is somewhat subjective… but for myself, I feel the most “real” when I get out of my way and trust my intuition. I also have to be willing to be exceptionally honest with myself and listen without judgment to the direction my heart wants me to go. One of my favorite things about the film is the conflict Sophia endures as she weighs the options of having her dream job versus staying true to herself and what her heart truly wants. I think every artist eventually comes to this crossroads and based on their decision it defines what kind of artist they’ll become.

Real Artists is the new sci-fi short film from award-winning director/screenwriter Cameo Wood produced in the USA with a running time of only 12 mins. In addition to pushing boundaries by exploring technological issues that are about to radically change the film industry, ‘Real Artists’ was made with a cast & crew that consisted of 75% women, and 50% people of color.