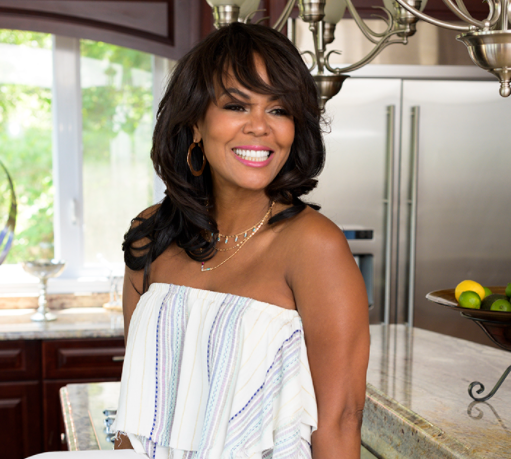 Reality star Kecia Clarke is no stranger to the concept of marriage and what it means to commit. TLC’s newest reality series Addicted to Marriage follows Clarke along with several other women who are back on the road down the aisle.

So what does it mean to be “addicted to marriage”? Clarke gives fans her views on having multiple marriages, making a marriage successful, and surviving arguments.

What can fans expect to see in upcoming episodes of Addicted to Marriage?

I think that they can see the couples evolve into where they want to be. Hopefully, in the end, you’ll see some good things and maybe not so good things. I don’t wanna be a spoiler alert. You’ll definitely see the couples you know from the last two episodes evolve and perhaps change their minds on some things, a little compromise here and there.

What would you say are the toughest parts of marriage?

I think the toughest part of marriage is the ability to compromise and know when to just let it go. Don’t sweat the small things. Couples need to be able to communicate with one another, and definitely need the ability to compromise. It can’t always be your way or the highway. Some things you wanna be the boss of because you’re really good at, and sometimes he wants to be the boss at what he’s really good at. You need to know your role in the relationship, and then each of you takes your role and handles it that way. The ability to compromise is really tough in a relationship and a marriage. Marriage is not 50/50; marriage is 100/100. Each person has to give 100 percent of what they have to give to the other partner. If you’re giving 50, you’re only giving half of what you have.

What have you learned through all your trials and tribulations when it comes to love?

I’ve learned that patience is a virtue I typically don’t have. I know from being married a few times that you do have to have patience and the ability to not always want to be right. Because I’m a lawyer, I was born to argue and always prove my point. But you don’t always have to be right; you can just be right and not say that you’re right. That’s a hard thing to do. That’s how I learned to actually be happy in the relationship that I’m in now. I’ve evolved and I’ve grown so that it doesn’t matter if I’m right about the minute things in life that don’t really matter. I always say this: If it’s not going to matter to you in seven days, then it shouldn’t matter today.

What advice do you have for anyone who is at the stage of their life that they want to be committed?

If they’ve never been committed or married, my advice to them is let love come in naturally. Stop looking for love in all the wrong places. Let it come naturally. I’m not saying stay at home and some man is going to come walking at your door, some woman is going to come knocking on your door. I’m saying, make yourself available. Open your heart for love, and then it will come. I also say manage your behaviors. If there are some behaviors that you have that are adverse to others, check yourself. Make sure that you are ready to have a perfect partner by being a perfect partner. Make sure you are bringing something to the table. You want this person who has this and this, but what do you have? What are you bringing to the table? I think everyone should come to the table, maybe not with equal footing, but you can’t come with no footing.

What are your views on marriage? Do you think marriage is for everyone?

I don’t know whether marriage is for everyone. I mean, there are some people who want to be professional bachelorettes, professional bachelors, they just want to play the field and have multiple partners. So maybe marriage is not for them. I can only speak for those that love being in love like myself, marriage is definitely for them. For those who love being in love and are in a relationship right now that’s unfulfilling, I try to empower women to know that it’s okay to have a marriage that didn’t make it. It’s okay to get married again. Be happy for you — do you. Don’t be miserable to make other people happy by staying in an unfulfilled relationship. I’m here to inspire women. If you’ve been married or you’re still married and are not happy, it’s okay to leave. It’s okay to find love again and get married again.

Catch more of Addicted to Marriage on Tuesdays at 10pm on TLC.