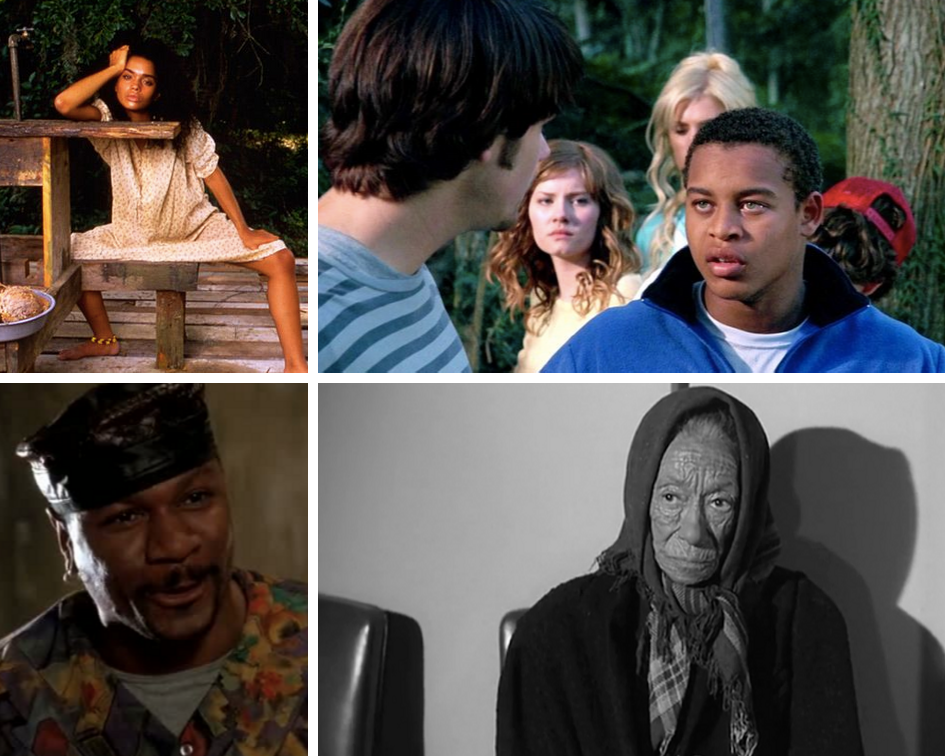 Ever wonder why Black characters in horror movies are never really diverse?

This unfortunately is like seeing an orange unicorn who can talk and make you breakfast. My point is: it’s RARE! Most likely, this character won’t die. But if for some strange, mystical reason he or she does die, you can count on it being unforgettable! Somehow, this shining character will save their friends lives, the planet, and even the universe before it’s lights out for him or her!

This random guy usually has a bunch of Caucasian friends and perhaps a Black girlfriend. But most likely, the girlfriend is Caucasian, Asian or Hispanic. He’s random because he doesn’t fit in, not because he’s Black but because he has nothing in common with anyone in the group. Most of the time, he even dresses and speaks differently! For some reason, he goes along with, “It’s midnight and someone was murdered, let’s go to the cemetery and have a seance!” He’s usually tough and wants to be in charge when horrible things start to happen.

The name states just what this character is! Somehow, he usually makes it to the end or almost to the end. This character is usually funny, though I’m not too sure if he is supposed to be comical. I often laugh at inappropriate situations, so maybe it’s not comical to others! Back in the 80s and 90s, the scaredy cat was funny, but the scaredy cat these days will show fear with a bad attitude and offensive words.

THE MYSTERIOUS OLD PERSON WHOSE KNOWS EVERYTHING

This person is mysterious and knows EVERYTHING. How? Why? Sometimes we never find out! They try to give information about that dead girl or why the creature feeds on human flesh. These types are usually very insightful and nice but not very smart. Because of that, they are swiftly killed off.

THE PERSON WITH COMMON SENSE

Often, this type tries to reason with her Caucasian friend(s), giving warning when necessary. This type can come in all ages and genders. There is the young, hipper one or the old timer that’s been around long enough to know better! He or she usually don’t have a long lasting, major role.

This type is usually played by rappers, and the character he plays isn’t much different than who he is in real life. If he isn’t played by a rapper, he is still loud and authoritative. Either he’s overweight or extremely buff. But don’t let his authoritativeness fool you. He will most like die or just be missing in action.

It’s extremely hard to resist this sex kitten! It’s like she taunts other characters with her creamy voice or seductive body. And if for some reason a character is able to touch her, this sex kitten either becomes or reveals that she already is a demon, ghost, zombie, vampire or who knows. Maybe the director even settles for her to have Chlamydia. Regardless, beware. Did I miss any?

Zena is the founder and creator of Real Queen of Horror!  She is a blogger, film reviewer, filmmaker, lover of fashion and ALL things creep.