By DaVette See and Cheryl Collins

The delectable desserts served at Estrella in West Hollywood weren’t the only things that delighted us at the NBC’s “Cocktails and Conversation” party Tuesday night.  Stars of several NBC shows chatted, joked, and charmed the crowd, which is to be expected at these events.  But we were also pleasantly surprised to learn a few things about their shows, and about them, that we didn’t know!

Essence Atkins (Marlon) We discovered this force of nature could have had another career as a motivational speaker! There is a whole lot of intensity and positive attitude coming off Essence in waves, and we basked in the glow.  This talented and energetic actress attributes her success in the industry to the fact that she does not take for granted or squander the opportunities that come her way. She is very proud of the show and its approach to the modern family (in this case, co-parenting as a divorced couple).

BONUS FACT:  Essence revealed that Marlon Wayans told her five years ago that one day he would do a show, and that she would play the wife, and “On the first day of filming, Marlon turned to me and said, “I told you!”  (Well, EX husband and wife, but close enough!) 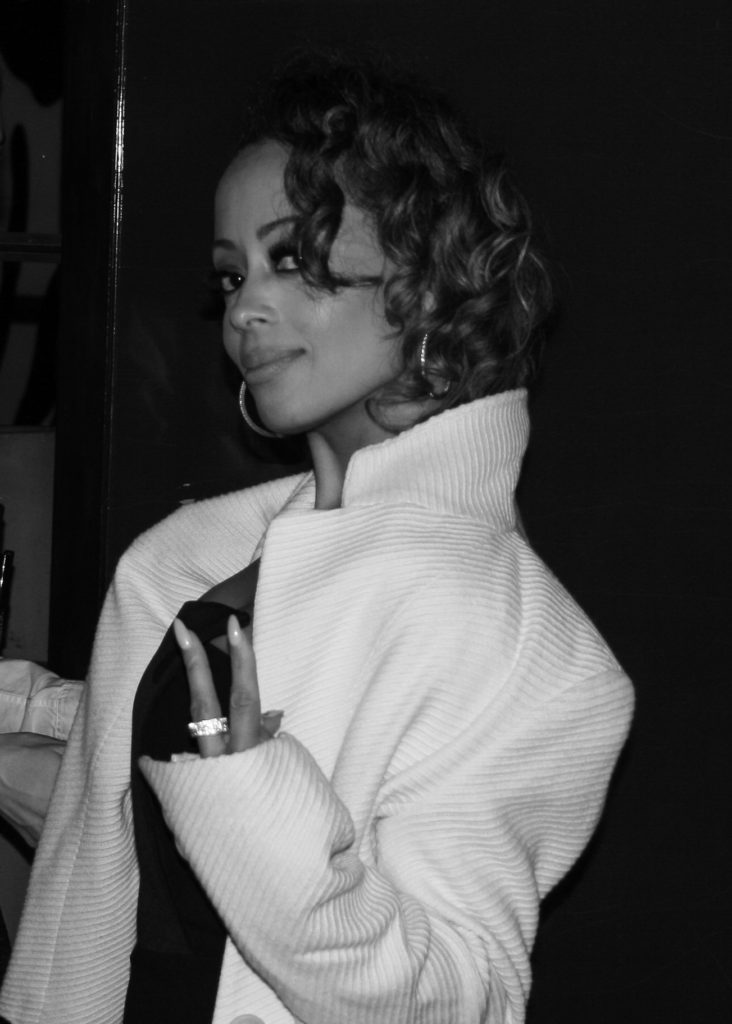 Malcolm Barrett (Timeless) Malcolm Barrett is enjoying his role on Timeless and is learning more about history than he ever thought he would and loves that the show is an education for many viewers.  His character, Rufus Carlin, is always a little out of his depth and uneasy in the past that was never an easy road for African American but tries to be a hero when he can. Malcolm feels Rufus is the most representative of the Everyman, just trying to survive and do no harm. 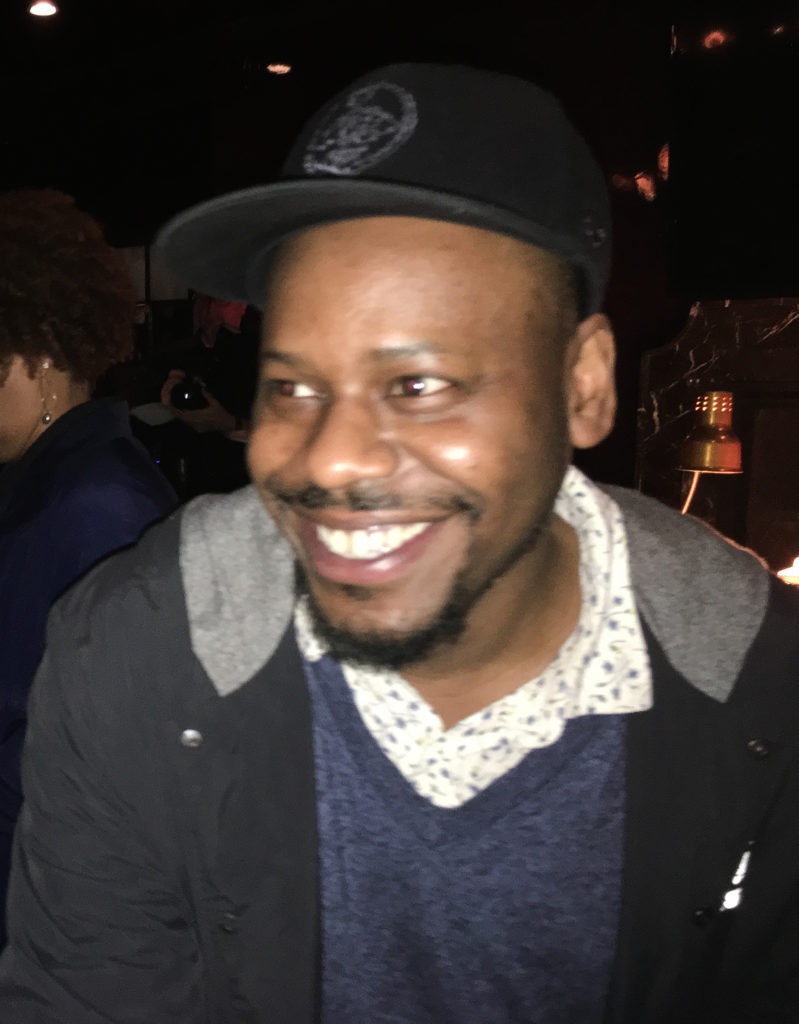 BONUS FACT:  Malcolm is a Black Girl Nerds fan AND donated to Universal Fan Con!  We love you, too, Malcolm!

Akbar Gbajabiamila (American Ninja Warrior) Sure he’s tall, gorgeous and talented, but Akbar confesses that it took a whole season for him to feel confident and comfortable is his role as host of “American Ninja Warrior.”  He reveals that only when he could relax and just be himself, and rely on his instincts, did he feel everything clicking.

BONUS FACT: Asked whether he would ever consider acting as a career choice if the successful show ever ends, he said, “I’d like that.” Are you listening, Hollywood?? 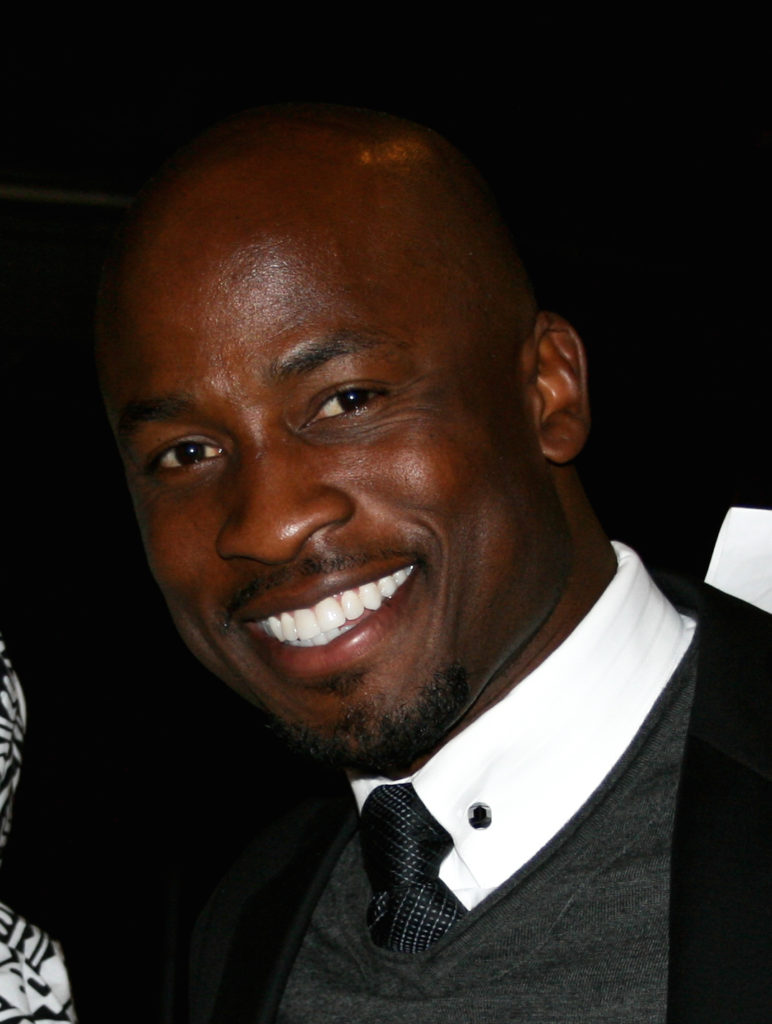 David Alan Grier (The Carmichael Show) While we are all (impatiently) awaiting the announcement from NBC of the season three premiere date, David Alan Grier and the rest of the cast of “The Carmichael Show” are busy working on the new season as we speak.  David also recently wrapped filming of his next film, “Sprinter,” an independent film set in Jamaica, where he basked in the culture and beauty of the place and the people.

BONUS FACT:  David confessed that one of his big regrets is that he was not having met President Barack Obama while he was in office.  We feel you, David. 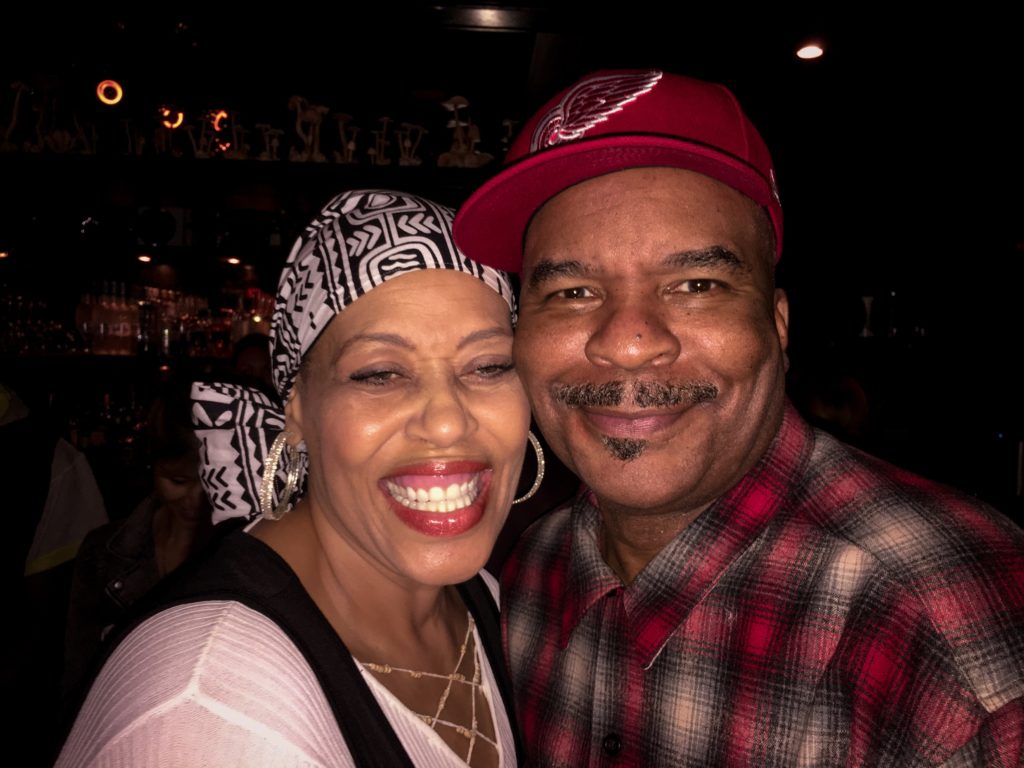 on the “The Carmichael Show,” we saw her standup show recently, and she slays!  She says her mission is making people laugh.  Even herself, apparently.  She says she fell out of her chair and peed herself (a little) while laughing at one of her scenes during a special screening of her new movie, “Girls Trip.”  Mission accomplished, Tiffany. Now we gotta see that movie.

BONUS FACT:  Tiffany was jealous of her dog who made it into the tabloids before she did after “Girl Trip” co-star and film-buddy, Jada Pinkett-Smith, took Tiffany’s little white Maltese for a walk. Said, Tiffany, “I was like, Jada, put a leash on me and take me for a ride!” 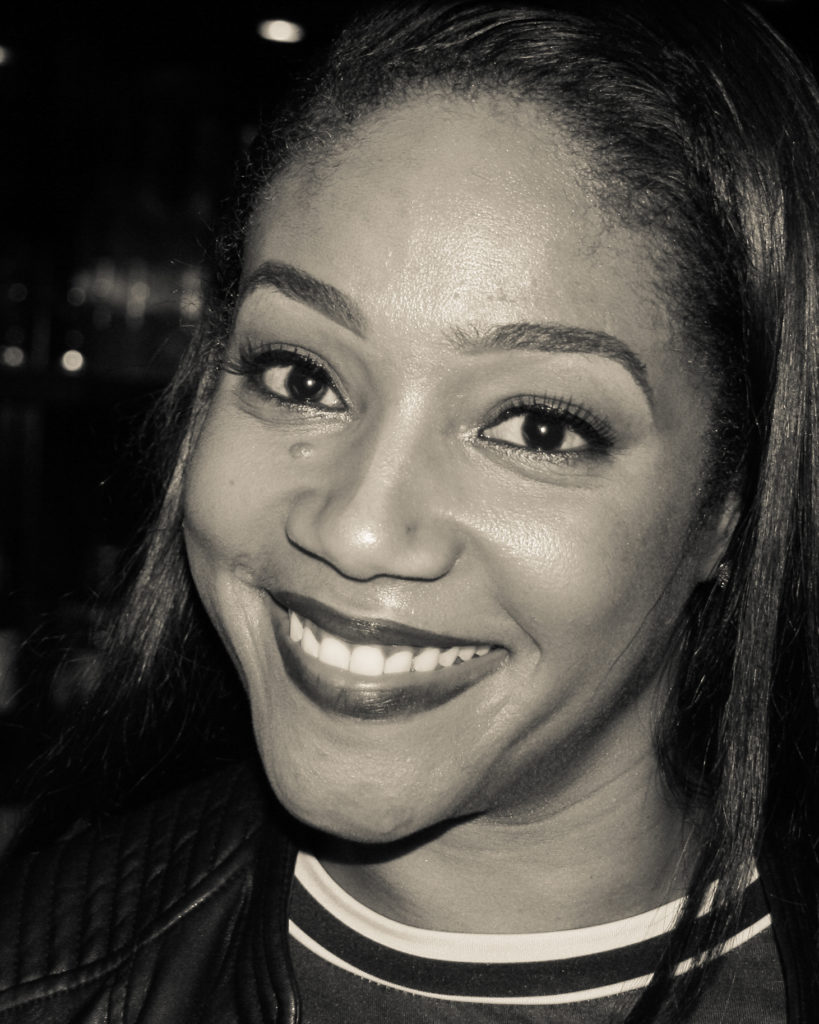 Lil Rel Howery (The Carmichael Show) He’s funny as Bobby on “The Carmichael Show,” but Lil Rel describes his role in the upcoming “Get Out” as “The Voice of Reason.” You know, the voice that calls out in the movie theater at a horror film, “No!  Don’t split up!  That’s when they get you!”.

BONUS FACT:  Said Lil Rel, “Jordon Peele is one of the best directors I’ve ever worked with.” 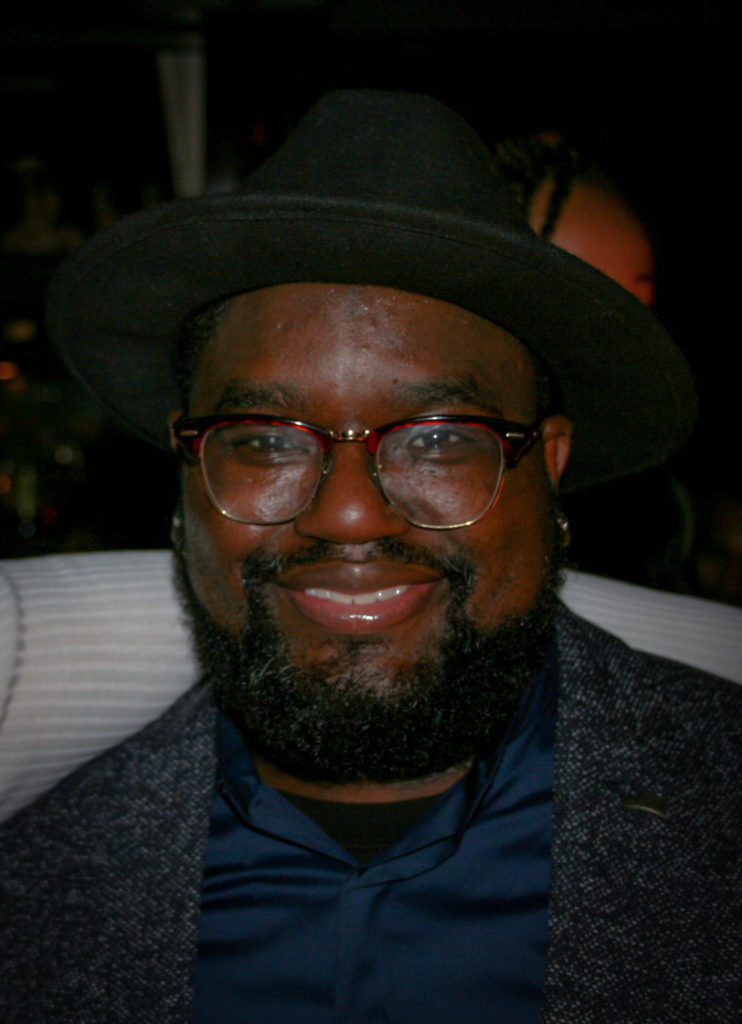 JR Lemon (The Night Shift) JR has nothing but love for his “Night Shift” co-stars, producers and crew, all of whom he describes as amazing. He enjoys playing Nurse Kenny Fournette and he’s proud of the fact that the show isn’t diverse for diversity’s sake, but instead focuses on issues that would be relevant to those diverse characters.  It doesn’t shy away for the controversial.  As for the actor himself, he’s also just wrapped filming something that he can’t talk about yet  (darn!), but he hints that it has a “virtual element” to it and that we will hear about it soon.  The suspense is killing us, but we must be patient!

BONUS FACT:  After introducing ourselves as being with Black Girl Nerds, JR happily confessed to being a “Black Guy Nerd” (he has a BS in Engineering from Stanford) and we had a geeky bonding moment! 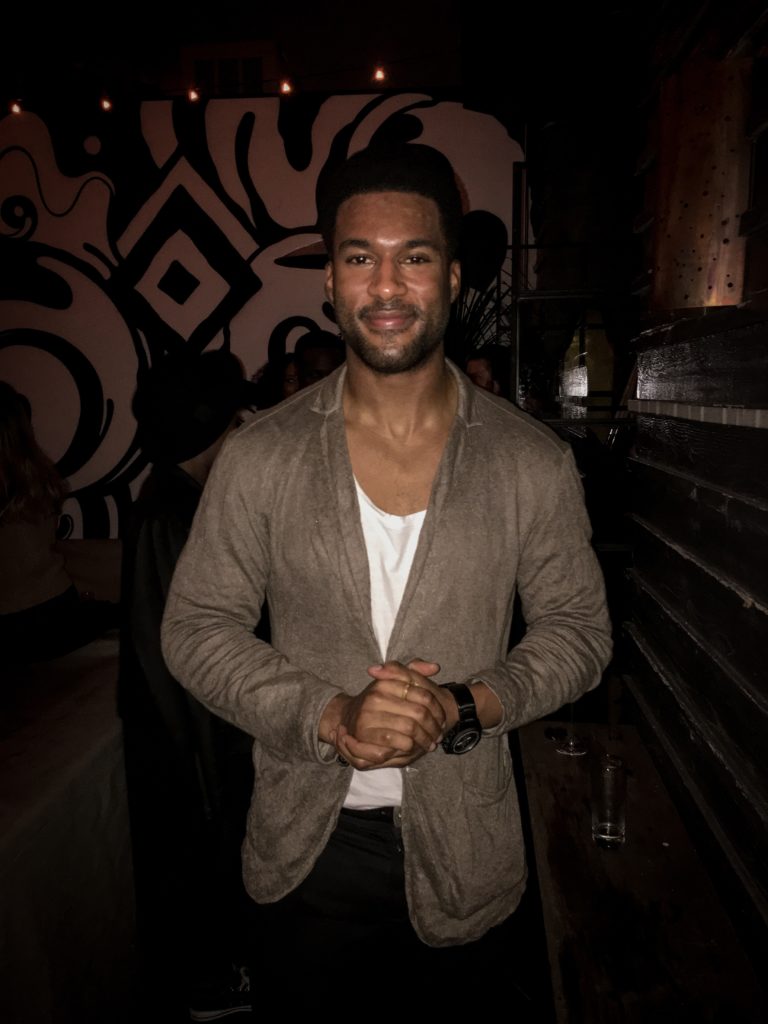 Dayo Okeniyi (Shades of Blue) Dayo Okeniyi, plays Loman, a good, but now compromised, a cop in “Shades of Blue.”  Last season, Loman killed someone in self-defense, but then helped to cover it up. No longer what Dayo called a “bright-eyed, bushy-tailed Bambi,” Loman’s life is forever changed, and his story arc will continue as he navigates his shattered worldview. Dayo himself is happy that the show will continue to push the bar and “give the censors a few headaches.”

BONUS FACT:  Though he gave nothing away of the new season, Dayo Okeniyi did hint that Loman may not be beyond redemption. We hope not, because THOSE DIMPLES! 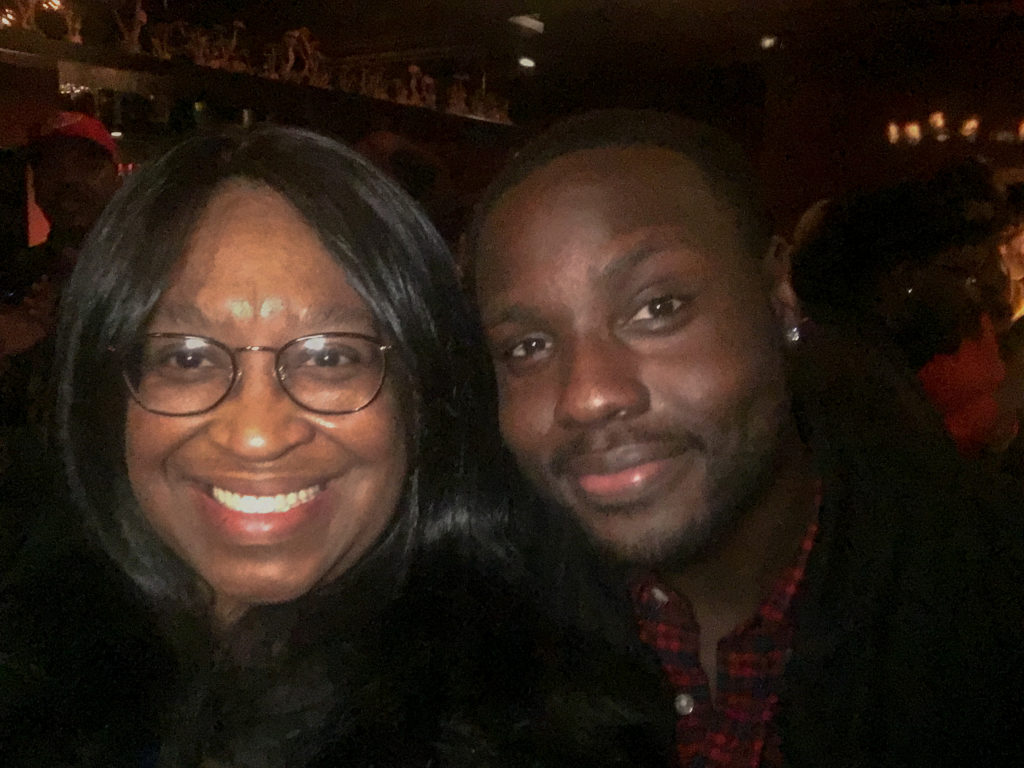 Peter Mensah (Midnight, Texas)  He may sport fangs in “Midnight, TX,” but don’t call Peter Mensah’s new NBC show “horror.”  “I think of it more like fantasy with a lot of humor in it as well,” Mensah said, smiling.  His long and impressive career has included quite a bit of both fantasy and horror, so we’ll take the charismatic actor’s word for it.

BONUS FACT: He hinted that his character might have a “vampirical” love connection.  We can’t wait to see that! 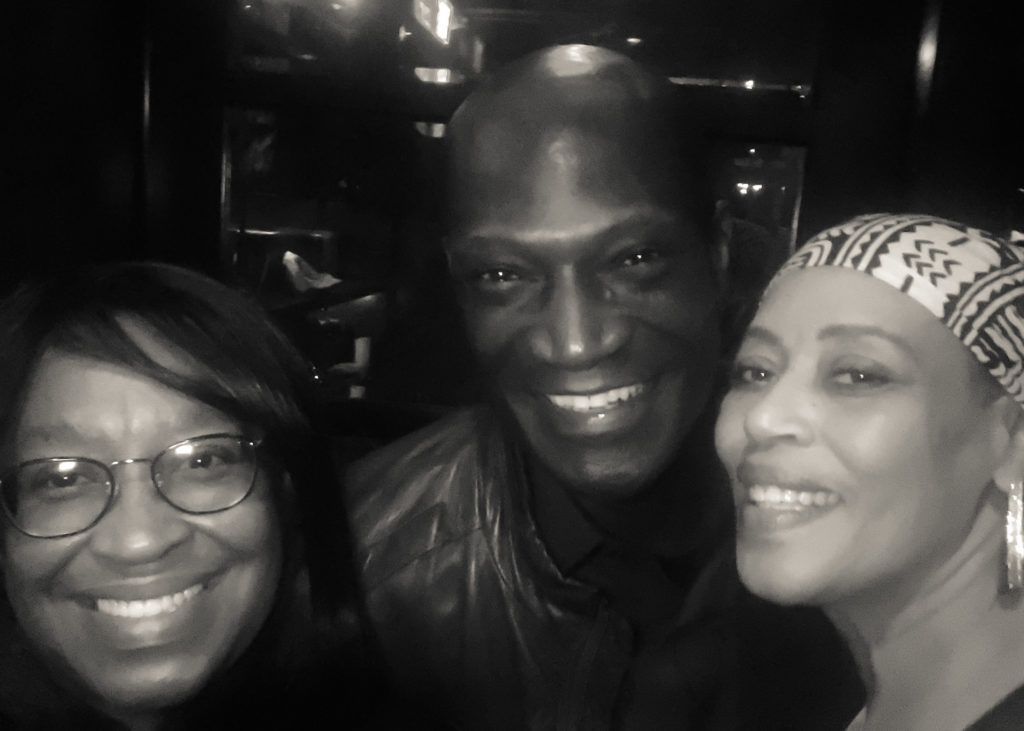 Amber Stevens West (The Carmichael Show) Amber Stevens West is grateful to be a part of “The Carmichael Show,” regarded as a “smart comedy” by audiences and critics alike. Amber wholeheartedly agrees and is happy that it encourages conversation about sensitive issues.  “I’ve invited friends over to watch the show, and we’ll have to pause in the middle of the show and have an in-depth conversation about what the show, which happened during the gun control episode.”

BONUS FACT(s):  Amber admitted she LOVES to talk, loves showing off her phone snaps (she showed us her gorgeous snaps from a recent location shoot in Cape Town for a new movie, “Love Jacked,” and that she has a Selfie Light case for her iPhone.  And now we want one. 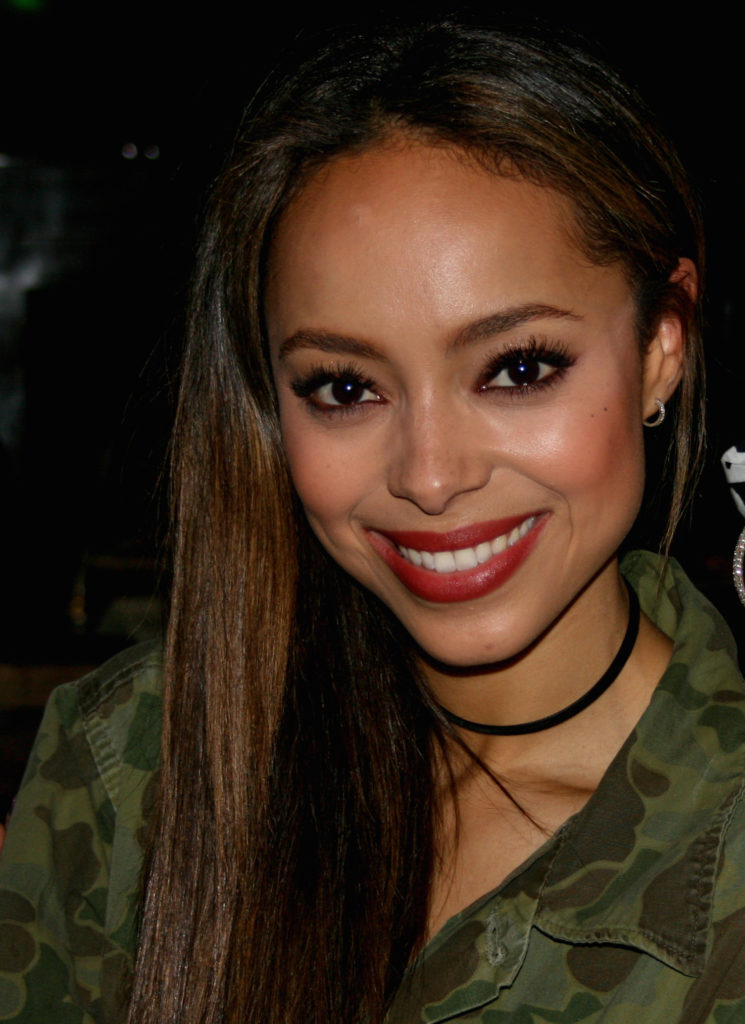 Marlon Wayans (Marlon) Expect “Marlon” to show us a different side to its namesake’s comedic sensibilities, which will likely tickle your funny bone while tugging at your heartstrings.  Wayans wore his heart on his sleeve when talking about this show which is loosely based on his life. “This show is about translating tears into laughs. It’s about love.” We’re eager to see this new dimension of Marlon’s comedic talent.

BONUS FACT:  One of Marlon’s favorite show’s as a kid was “I Love Lucy.”

Bresha Webb (Marlon)  We couldn’t help but smile back at the vivacious Bresha Webb as she talked about her enthusiasm for “Marlon.”  She’s already been a part of another NBC sitcom, so the producers knew what she would bring to the table when casting “Marlon.” “So, they just wanted me to come in and read.  I was so eager because I loved the script, I loved Marlon, so I read everybody’s roles”, she said laughing. She described a close-knit cast who are “obsessed with each other” and her feeling that the show has “a lot of the heart that American needs right now.” 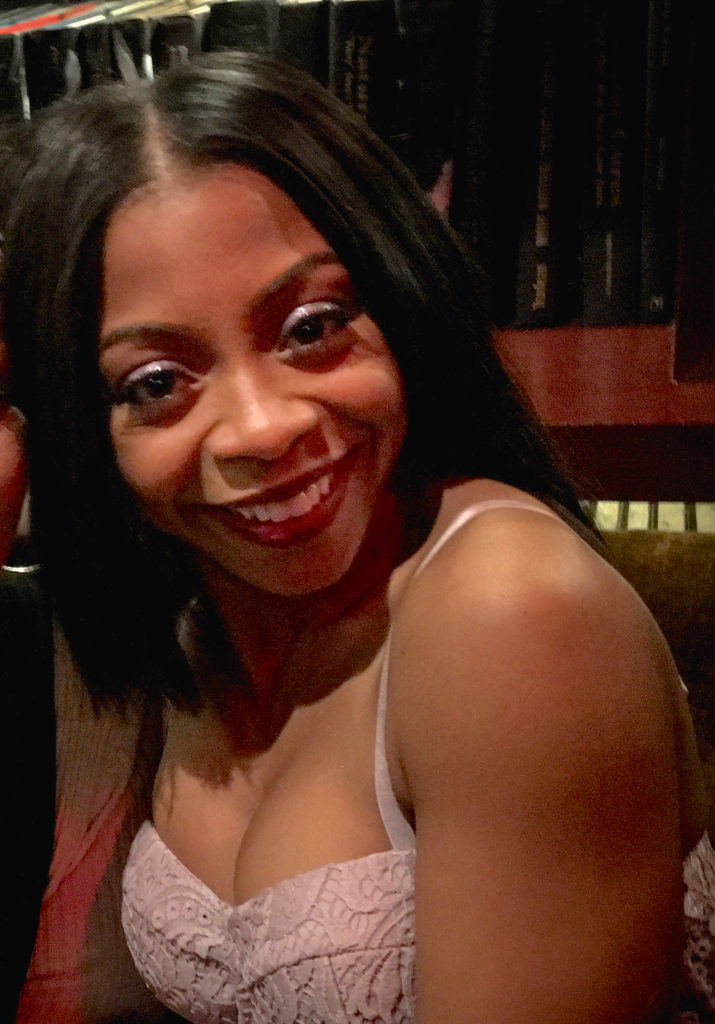 BONUS FACT: According to Bresha, “Marlon Wayans yanks laugh out of you.  I’ve heard people go, ‘I didn’t want to laugh, and you yanked it out of me.’”

The final thing we learned (okay, we already knew it) is that NBC has a stellar group of African-American actors gracing their network.  There were so many others we didn’t get a chance to chat with, but it was a genuine pleasure getting to hang out, and take selfies, with these talented people!