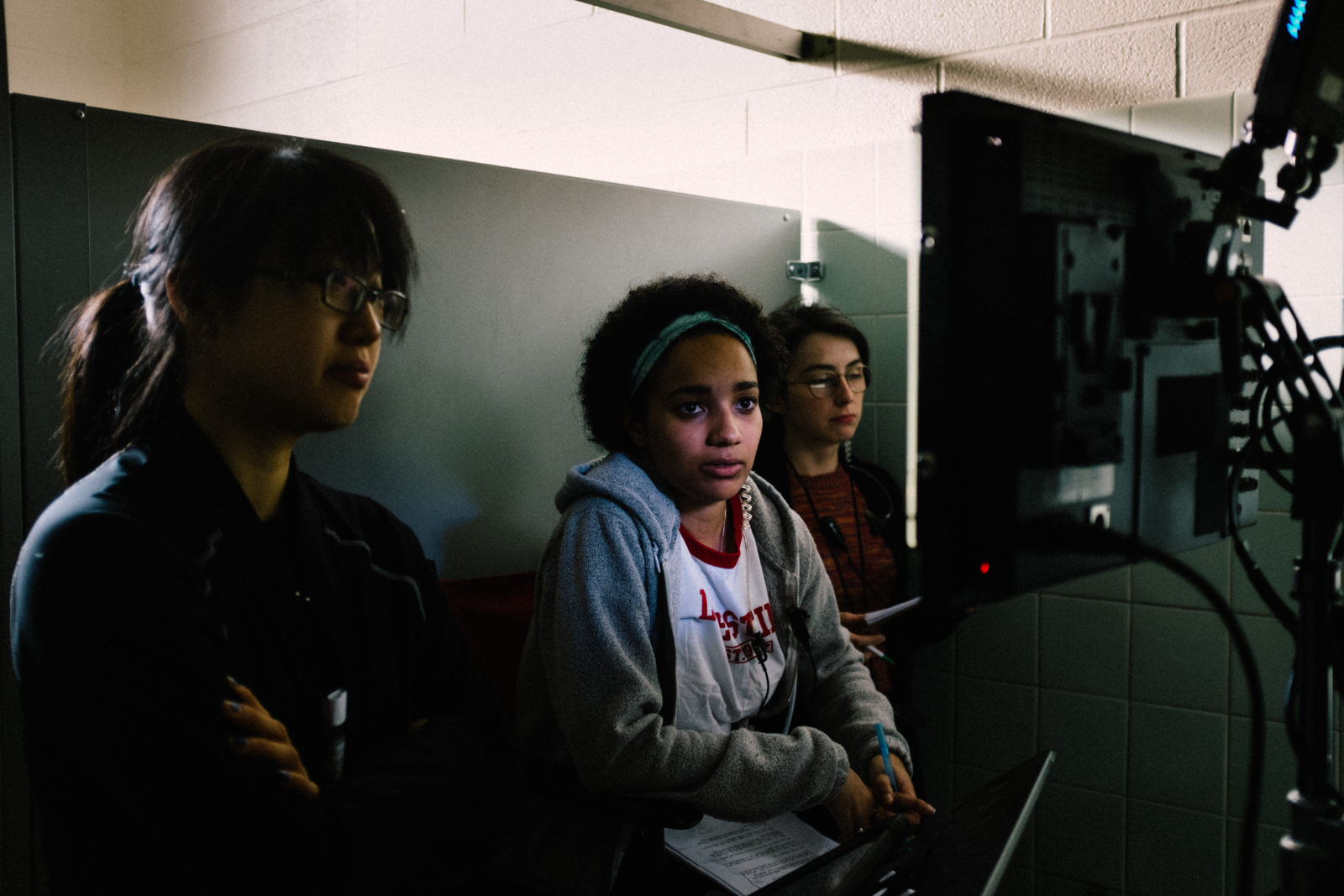 This week the 2019 Urbanworld Film Festival premieres some of the best movies created by talented filmmakers of color.

Toronto-based director Alicia K. Harris will premiere her short film Pick at this year’s festival. The complicated relationship between Black women and their hair has gone on for centuries. Madame C.J. Walker in the early 18th century became a millionaire after she invented a product to help women make peace with their hair.

Alicia K. Harris, writer and co-founder of Sugar Glass Films, is the director of Pick. She decided to make peace with her insecurities about her own experiences through the art of filmmaking. Pick tells the story of a young girl who wears her Afro to school on picture day and must deal with the unexpected consequences. The film explores the insecurities many young Black girls face in school about their hair as they forming their own identity.

BGN had the chance to sit down with Harris to discuss her film, and she shares her powerful story of how this movie empowered her own personal hair journey.

Please share with our readers what the short film Pick is about.

Pick is about a young girl who wears her Afro to school for the first time, and it happens to be picture day. [The story] follows her as she deals with microaggressions directed at her from her peers and educators — pretty much everyone around her. When it comes down to taking her personal photo, she has to decide whether or not to wear her Afro in the photo.

What inspired you to focus on this story about Black hair?

Every Black woman has a story about hair. I grew up as one of those Black women with multiple stories. From a young age, I started chemically straightening my hair. I internalized all this negative messaging about just natural Afro hair, whether it be from the media or lack of representation. I never saw a beautiful Black woman portrayed as the love interest in movie, and I never saw a Black woman’s beauty really being celebrated. And then, I grew up with white Barbies. So there are all these subliminal messages that I internalized growing up. Eleven-year-old me believed the only way to be beautiful is to have straight hair. I wanted to make the film because I felt like this was the film I wish I had seen as a kid. I wish my pain about my hair was seen and known.

There’s an interesting moment in the film, where Alliyah is told by her white classmate that “Black people don’t get lice because its easier for lice to move through hair that’s smooth…and clean.”  Was that a personal moment you experienced?

Yeah, it was actually pretty much verbatim a conversation I had with my previous boss, which is just so sad. It was a really awkward conversation where my boss said this in front of a bunch of people. I don’t know the science behind whether any of that is completely true, but it was just the fact that the reasoning behind her idea that Black people couldn’t get lice had to do with cleanliness.

I feel like these comments happen so often that sometimes you don’t even recognize how messed up it is. When it was actually happening, it was kind of weird and uncomfortable. When I went home and told my family, they’re like, “Wow, that was really messed up,” and I actually needed them to tell me that it was bad. No matter how many times people make a weird comment or ask an intrusive question — like, “How do you wash your hair?” — it never gets easier to react. Even after making this film, I still don’t know how to respond because it’s so uncomfortable. Sometimes you’re in a position where you’re thinking, “Am I going to come off as the angry Black woman right now and educate this group of older white people in this room?” I wanted to make this film to speak for myself and to speak for other Black women when we feel we can’t. And this film speaks for all of those moments.

I read in a previous interview you did that this was a very difficult film for you to make. Can you explain why?

It was so hard because I went from having insecurity about my hair that I never talked about with anybody to talking about it with people all the time. I’m a filmmaker. So everywhere you go, people are always asking you, “What are you working on next?” It was the first time I’d ever talked about the fact that I had insecurity about my hair. Your hair is so much connected to your identity. I have no judgment against anybody who wants to wear the hair in any way, I just don’t think you should feel like you have to change. For me, I felt like in order to be accepted, I had to change and that I had to have straight hair. It was really difficult going through all of those previous memories. Cutting off all my hair during filming was very freeing.

But that was also difficult because I was getting used to being a whole new person — and it took me a little bit of time to get used to it and really embrace it.

Has making this movie healed you now?

Oh, yeah. To analyze where these insecurities came from and then erase them is cathartic. Representation matters because even me, as an adult, is shaped by this. Somebody who I loved and respected wearing the natural hair literally helped me have the confidence to wear natural hair. The film already accomplished for me what it needed to accomplish — going back to my natural hair and feeling confident to do so.

Now that we get to take [the film] to different places — we’re taking it to New York, we’re taking it to other cities — we’re going to have a dialogue about Black hair. I’ve already done test screenings and have had Black women come to me and say, “I cried watching this film because it was so relatable to me.” I didn’t realize this film was going to help me get over this insecurity, but I’ve enjoyed the journey.

And the 2019 Urbanworld Festival Winners Are…