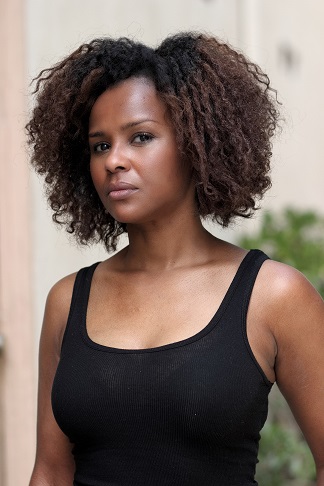 Best friends for over 20 years, filmmaker Tamara Bass teams up with actor Meagan Good in their directorial debut, If Not Now, When?

This week at the 2019 Urbanworld Film Festival, in the U.S. narrative feature category is the drama If Not Now, When? Both Tamara Bass and Meagan Good star in this film about four friends, who met in high school and are bonded by an event. They are suddenly forced back together 15 years later when one of them suffers a crisis. It’s a story of love, forgiveness and the incredible bond between women.

This was a very personal story for Tamara Bass, who used pieces of her own life experiences as well as working closely with her best friend Meagan Good on this production. Bass is a woman of many trades; she has had a career in Hollywood as an actor, writer, producer, and director. BGN sat down with the multi-talented star about co-directing a film with your best friend and what advice she has for budding filmmakers out there.

Congrats on your feature film debut that you’re sharing with Meagan Good. What inspired you to make this movie?

I wrote this movie as a love letter to my friends and a way to say “thank you” in the best way that I know how. I’ve had some ups and some downs in my life, and the constant through it all has been my circle of sisters who have loved me through some of my darkest days and who are the same ones who are championing me through the ups. As a creative, I tell them that I love them all the time — I tell them that I appreciate them. But that’s my love language. My love language is to show me how much you care about me. So this was a way for me to creatively say thank you, thank you for loving me when I felt the most unlovable. Thank you for being there for me when I thought I was all alone and I couldn’t see anyone. So that was the inspiration behind it, just to tell them that I see you. I thank you and I appreciate you.

I love narratives with interconnected stories about the human condition. We see this structure play out often in episodic TV. Was it challenging fitting so much story into a two-hour film?

Oh my gosh. Was it ever! Yes, definitely. I wanted to write a film that truly told all four women’s stories from the beginning, middle, to end. The very first assembly was like 2 hours and 37 minutes. How do we cut this without losing the heart of the story? We got creative with that. But even from the very beginning, sitting down on the page, mapping out every woman’s arc, and keeping that balance and the overarching theme of Sisterhood of love of togetherness, how can I balance it all?

I had a goal. Hopefully, we achieved it. It was to make us feel like we knew or at least got a glimpse of these women’s lives. We left them in a place where you kind of want to know what happens next.

Tell us the process of co-directing this film with Meagan. What did you learn from your experience working together?

I had to learn compromise. I say it got me in the space of preparing to possibly direct TV or maybe a film that I didn’t write. That process helped me learn how to collaborate. Because as a writer, and as a writer-director, you have a certain vision of how things are going to go or how you intended for a scene go. When you bring in someone else who has to share your vision, it becomes “Okay, well, I have this idea, you have this idea, now how do we make it our idea?” I had to learn how to surrender that ultimate control, and I had to learn how to lean into the process of bringing in another voice. I feel like it’s gotten me prepared for when I get those opportunities to eventually direct TV or to direct someone else’s material, learning how to listen to that collaborative process.

This film has two directors also starring in leading roles. Was that process difficult at all?

We did a lot of pre-production. We sat down with our DP [director of photography] three weeks out, and we went through scene by scene and did our shot list. It was trusting the pre-production process, trusting in our shot list, trusting in my notes as an actor, which I shared with Meagan. We knew what I wanted to achieve as an actor, and we knew what she wanted to achieve. By the second week, one of our actors said he felt like we were two sides of one brain. It was just a lot of preparing and planning.

What advice do you have for budding Black filmmakers, particularly Black women filmmakers interested in crafting their own stories?

Control your narrative. It’s as simple as that. Don’t let anyone tell you what your story is. I was born to teen parents. My mother raised me with the mindset that I can be anything I wanted to be, and that society had no right to dictate what I could and could not do. So I graduated high school at 17 years old, I graduated from college at 21 with two bachelor’s degrees. According to society, I was supposed to be another statistic. My mom went back to school later and has a master’s in as a nurse practitioner. My father has a master’s degree from Cornell University. Those stories don’t play out. I was born to a mother who just turned 18 and a dad who wasn’t quite 18 yet. So I say all that to say, I’ve allowed no one to dictate what my story was supposed to be. And that is the advice that I give. When someone tells you no or when someone tells you this isn’t realistic, keep going.

If Not Now, When? premieres at Urbanworld 2019 Saturday, September 21.