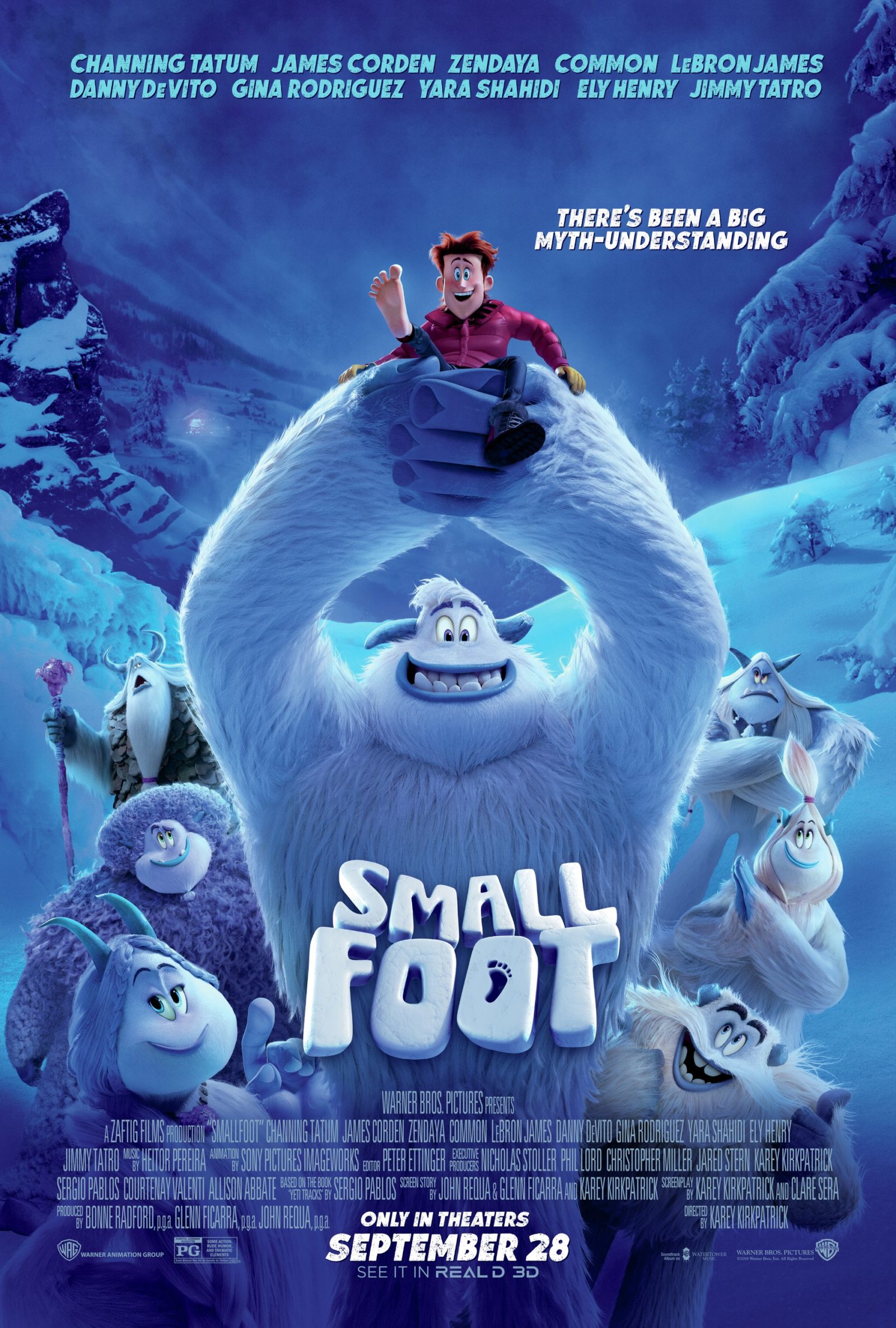 Karey Kirkpatrick’s Smallfoot, is an animated family-friendly film that will provide many opportunities for parents to talk with their children about: standing for what they believe, not fearing difference, embracing the unknown and not being afraid to question things. Migo (Channing Tatum), is a Yeti who lives in a close-knit snowy town above the clouds. In Smallfoot, the Yeti civilization makes the discovery that the legend of a hairless smallfoot, is actually not a legend at all, but rather a reality.

All is well in the land of the Yeti’s until Migo spots a smallfoot. Within the Yeti civilization, there have always been legends of the existence of a smallfoot; but the evidence remains hidden. When the Stonekeeper (Common), finds out that Migos has spotted a smallfoot, he banishes him from the Yeti community to teach him a lesson. The Stonekeeper, is the gatekeeper of spiritual and social law within the community. His banishment of Migo is his way of making an example of Migo, and an attempt to maintain the status quo. The Stonekeeper symbolizes the law, tradition, and his function is to uphold generational norms as they have been passed down in the ‘stones’.  In the Yeti civilization, disobeying the ‘stones’ is a grave offense.

The only problem is, Migo’s curiosity and interest have already piqued as a result of his new found discovery. Migo now understands that there is something is out there. That there is more to the world — than what he has been told, taught and conditioned to believe. Through Migo, viewers get to see how oftentimes those who don’t follow the status quo often face great rejection. Migo’s journey is the story of a Yeti who experiences something that is not written in the law, or at least revealed to the masses.

Rejected by his community and inspired by his new found discovery, Migo sets out to discover the great unknown beneath the clouds. Though, not without the help of his friends: Gwangi (Lebron James), Dorgi (Danny DeVito), Kolka (Gina Rodriguez), Fleem (Ely Henry) and Meechee (Zendaya). Meechee happens to be the leader of the Smallfoot Evidentiary Society, S.E.S. A progressive, forward-thinking secret-society that has believed in the existence of smallfoot (humans/earth animals), all along. Meechee and her cohorts have been enthusiastically researching the smallfoot legend and tracking evidence behind the scenes unbeknownst to the Yeti community. Meechee is nothing like her father, the Stonekeeper. She represents the future and embracing change without fear. She embraces the ideology that it is not about tearing down old ideas and traditions — but rather being mindful and open to embracing new ideas and views as well. Meechee is a risk taker. Like Migos, she’s not afraid to take a leap of faith to see where she may land. 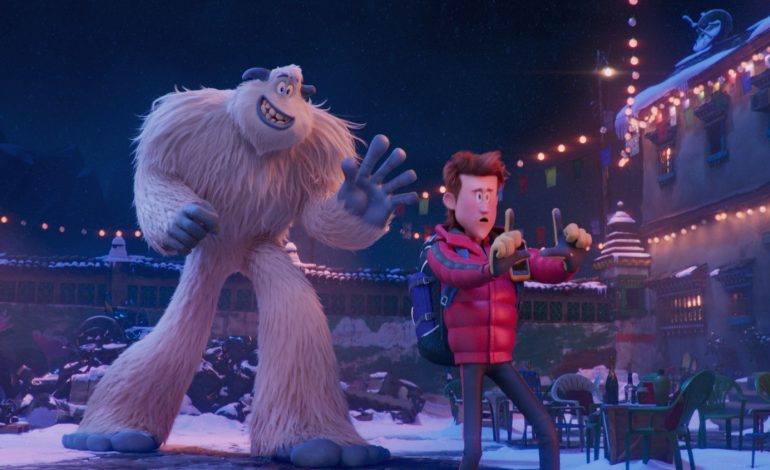 With the help of technology and social media, Percy (James Corden), a smallfoot and journalist whose career is on the verge of disaster manages to capture his own Yeti discovery on camera. However, with the help of Brenda (Yara Shahidi) another smallfoot journalist, he comes to learn that: fame, success, and exposure may not be all that it seems.

What Smallfoot lacks in traditional, family-oriented style and delivery, it makes up for with its engaging characters who exude compassion and keep things lively. While the music is somewhat lackluster; the characters are fun and interesting to look at. At times, the film moves too slow, which can lend itself to boredom with younger viewers. The production’s visuals are nice. The soft pastel palette of this animated film and its creatures nettled in the mountains above the clouds is refreshing. Shades of periwinkle, lavender, sky-blue, beige and soft pink draw us into a world where eighteen-feet Yetis interface with pint-size humans and earth animals, and misconceptions are shed as a result of embracing differences.

This film has some serious allegorical messages that may be a bit too heavy or dense for early learners, ages 2-6. However, the director Karey Kirkpatrick (Chicken Run, The Smurfs 2), who also co-wrote the animated production, and screenwriter Clare Sera (Blended) do a great job with infusing empowering messages into the narrative without being too didactic or preachy. Statements like: “A life that is full of wonder, is a wonderful life”, “Let’s go blow some tiny minds” and “What are you going to do with that power” are all poignant messages that are echoed throughout the film.

Smallfoot is a family-oriented film that has a positive, forward-thinking message of embracing change. It takes us on a journey of what is possible when you are not afraid to embrace difference and change, without making a mockery of tradition.

Smallfoot runs for 96 minutes and is rated PG.