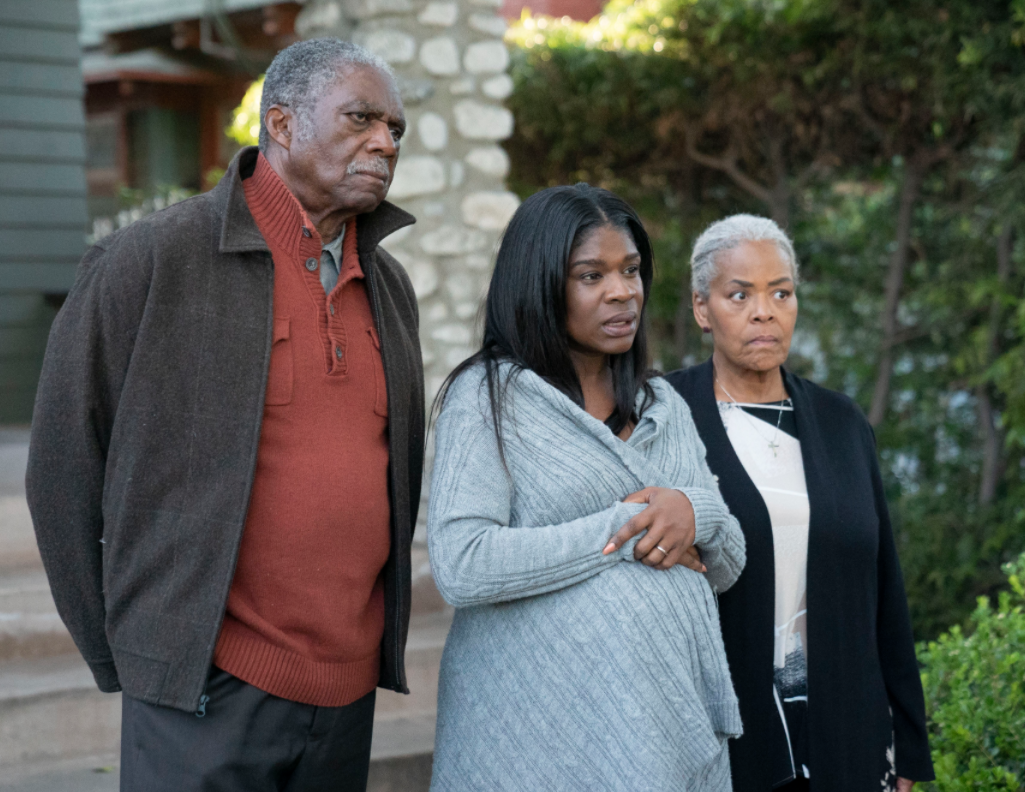 Blindfire is not your typical cop action movie. It’s not meant to give you those kinds of thrills. Instead, it’s a heart-wrenching look at when the thin blue line actually takes responsibility.  It’s probably not going to outdo a Marvel movie or Star Wars sequel/prequel, but what it has to say can resonate for a long time.

Screenwriter/director Mike Nell convincingly gives the audience various viewpoints of a story in which officers are called to a residence, shots are fired, someone African-American dies, and one officer is protected, blamed, or both.

Brian Geraghty, best known for his seasons on Chicago Fire and Chicago P.D. as fireman Sean Roman, plays the police officer who finds himself in this predicament. However, unlike the recent real-life cases of Breonna Taylor and George Floyd, where the officers involved were found to have questionable reputations, Geraghty’s character is an officer with no record or reputation of bad conduct.

When Will Bishop (Geraghty) and his partner Nika Wilkins (Sharon Leal) get the call to investigate an escalating domestic situation, they follow procedure. What happens next leaves a man dead and Bishop riddled with guilt and heavy remorse. This despite his police chief assuring him he did no wrong and agreeing to stand by him emotionally and legally along with his fellow officers.

Geraghty’s character then goes on a self-imposed search for what happened and how did a man end up dead on a routine cop call.

And this, readers, is where fiction meets fiction, or so it seems in 2020, as there have been media reports of police officers involved in the death of citizens taking the time to retrace their steps and probe their motivations in their own individual investigations at no time ever.

Writer Nell provides the backstory of the dead man (Chike Okonkwo), backing up the age-old truism that every story has two sides, while director Nell chooses to keep the focus on Bishop’s reaction to what is happening as a result of that fateful police call. The resulting unrest is depth of focus away, like a dream, while the news reports serve as further narration of the life of the dead man.

That said, Blindfire is a small story. The parts of Leal’s Sergeant Wilkins, the supervising officer (Jim Beaver, Supernatural), and Edwina Findley Dickerson (The Wire) are underwritten, serving as stock characters around the main character, which is a mistake as these characters are two sides of the pivot in the main character’s moral compass.

Things are left unsaid that should be said. For example, the dead man’s wife (Dickerson) is obviously pregnant with their second child yet no mention is made in “news reports” or is the obvious bulge on display in key scenes. Was this intentional?

Leal’s Sergeant Wilkins is the Black female officer who is safely gay, so no romantic entanglements with the main character, but she is also conflicted as more details of the case come to light. Leal does a good job of showing these emotions but has little convincing dialogue, left with only the most impartial, professional responses. News reports of leaked emails show us impartiality is not the case in real-life officer/citizen deaths.

Bethany Joy Lenz (Pearson) does a good job as the supportive but tough police officer wife. She displays the character’s abiding, loyal nature along with good friendship chemistry with her husband’s partner (Leal).

A few celebrity names show up in small roles, including Wayne Brady as a vengeful pal of the deceased and Judge Ross host, Kevin “Boss” Ross.

Yet, Blindfire is sooo relevant because of our awful situations in cities where police are meant to serve and protect, leaving their prejudices and racism behind. Instead here we are with dozens of these incidents of police brutality and upholding the thin blue line when the facts don’t bear it out.

Especially when one act of overzealousness brought on by racism, prejudice or just being able to bend the rules results in destroying families on both sides. As the numbers of names mount up, Breonna, George, Ahmaud, and going back to Michael Brown, Freddie Gray, Tamir Rice, and so on, it seems that Blindfire would have served its purpose better in the pre-COVID19 days of going to theaters, getting the word out through reviews and trailers months in advance, and making a little B-film a bigger hit than I predict it will be.

Actually, it should have come out in about 2010, long before the lives cut short.

Blindfire is available on DVD and VOD on November 20.