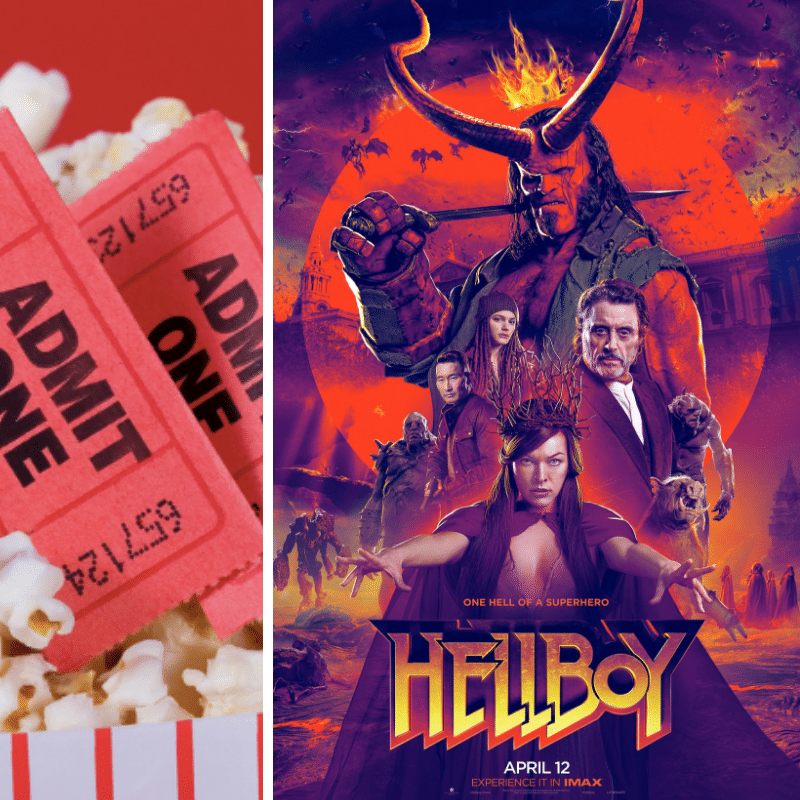 Hellboy is back, and he’s on fire.

The impending reboot which now stars David Harbour as the titular character formerly played by actor Ron Perlman.  For fans of both the comics and the movie franchise, this new version of Hellboy is certainly one we’re excited to check out.

BGN is exclusively offering 10 lucky winners a pair of free tickets to readers interested in seeing the movie. In order to enter to win, simply leave a message in the comments section below and tell us why you want to see the new Hellboy movie. Are you a fan of the comics? The films? Have you cosplayed as Hellboy? Share with us how much of a superfan you are and as your reward, we will offer you free admission to see the film.

From the pages of Mike Mignola’s seminal work, this action-packed story sees the legendary half-demon superhero (David Harbour, Stranger Things) called to the English countryside to battle a trio of rampaging giants. There he discovers The Blood Queen, Nimue (Milla Jovovich, Resident Evil series), a resurrected ancient sorceress thirsting to avenge a past betrayal. Suddenly caught in a clash between the supernatural and the human, Hellboy is now hell-bent on stopping Nimue without triggering the end of the world.

U.S. applicants only are eligible to win. Each winner will be selected at random. The qualified winner will receive one pair of tickets to see Hellboy in any theater screening the film. Tickets are eligible from opening day 4/12 until 5/12. Giveaway ends 4/8.

Winner will be notified in the comments and must respond within 48 hours (be sure to have your notifications on). Failure to respond will result in the selection of another winner.