My Valiant comics journey began in 2012 when I received the Free Comic Book Day preview of Harbinger. I have been reading the company consistently every since. So a stop at the Valiant booth was a must at Wondercon.

Before that I dropped into the Valiant 101: The Story Starts Here panel. With the Valiant brand on the rise, the moderators of this panel helped guide new readers to existing and upcoming releases.

Valiant is streamlining their releases, focusing mostly on interconnected mini-series. One of the biggest summer releases Valiant had a preview of was Secret Weapons, a four issue mini-series that will have a special Prestige format release. 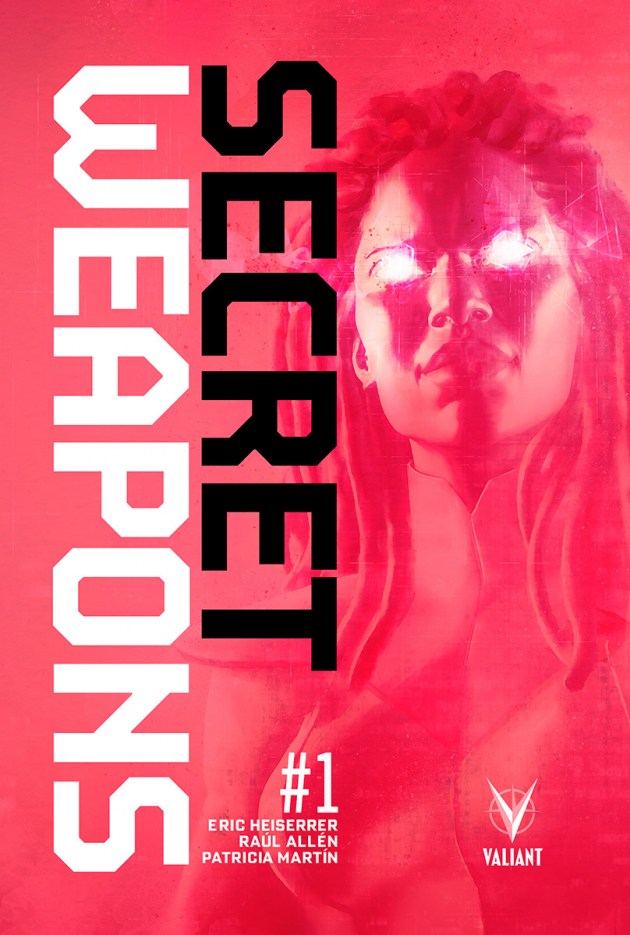 Secret Weapons is a story deeply rooted in the events of the Harbinger Series, and the new Harbinger Renegades series.
Secret Weapons, however, is new reader friendly. The story revolves around Amanda McKee, codenamed Livewire. Amanda has the power to communicate with machinery, a skill labeled as a technopath.

Amanda has been at the forefront of the Harada Foundation, once a stronghold in the community focused on locating and activating those with psychic potential.

After Harada’s fall, Livewire has been at the forefront of cleaning up the wreckage from Harada’s reign. In Secret Weapons she is asked by the government to look into the Willows Foundation which housed activated teens with gifts that Harada found unworthy.

Now Livewire is on the hunt to find these teens unaware that deadly force is also pursuing them.

This preview has me so excited for the series. Livewire has been one of my favorite characters from the Valiant Universe.

Preliminary that she is a woman of color and that she is consistently portrayed in a positive light across the Valiant universe. Her intelligence and leadership skills are impressive, and artistically her look has stayed uniform across the various titles she stars in.
It’s so satisfying to see the little things handled so well, like her skin tone and hairstyles.

In this story, Livewire’s adventure is being written by screenwriter Eric Heisserer, of the critically acclaimed, box office success: Arrival.

The art is beautifully rendered by the art team of Raul Allen & Patricia Martin.

This series will be available as individual issues and as prestige series consisting of 40 pages of story and behind the scenes art. The prestige series is $15.96 for four issues. The first issue drops June 28th.

Lastly, the Valiant booth was promoting the Faith Keep A Breast initiative Valiant has partnered with The Keep A Breast Foundation, encouraging a women to do monthly breast exams. The foundation has an app that can remind women to do self exams every month.

Great things are coming from Valiant so look for reviews of many upcoming releases as we enter summer. Also be sure to check out the hashtag #ValiantSummit for info on all the events Valiant has lined up.

Why We Needed Kendra The Vampire Slayer: A Character Study