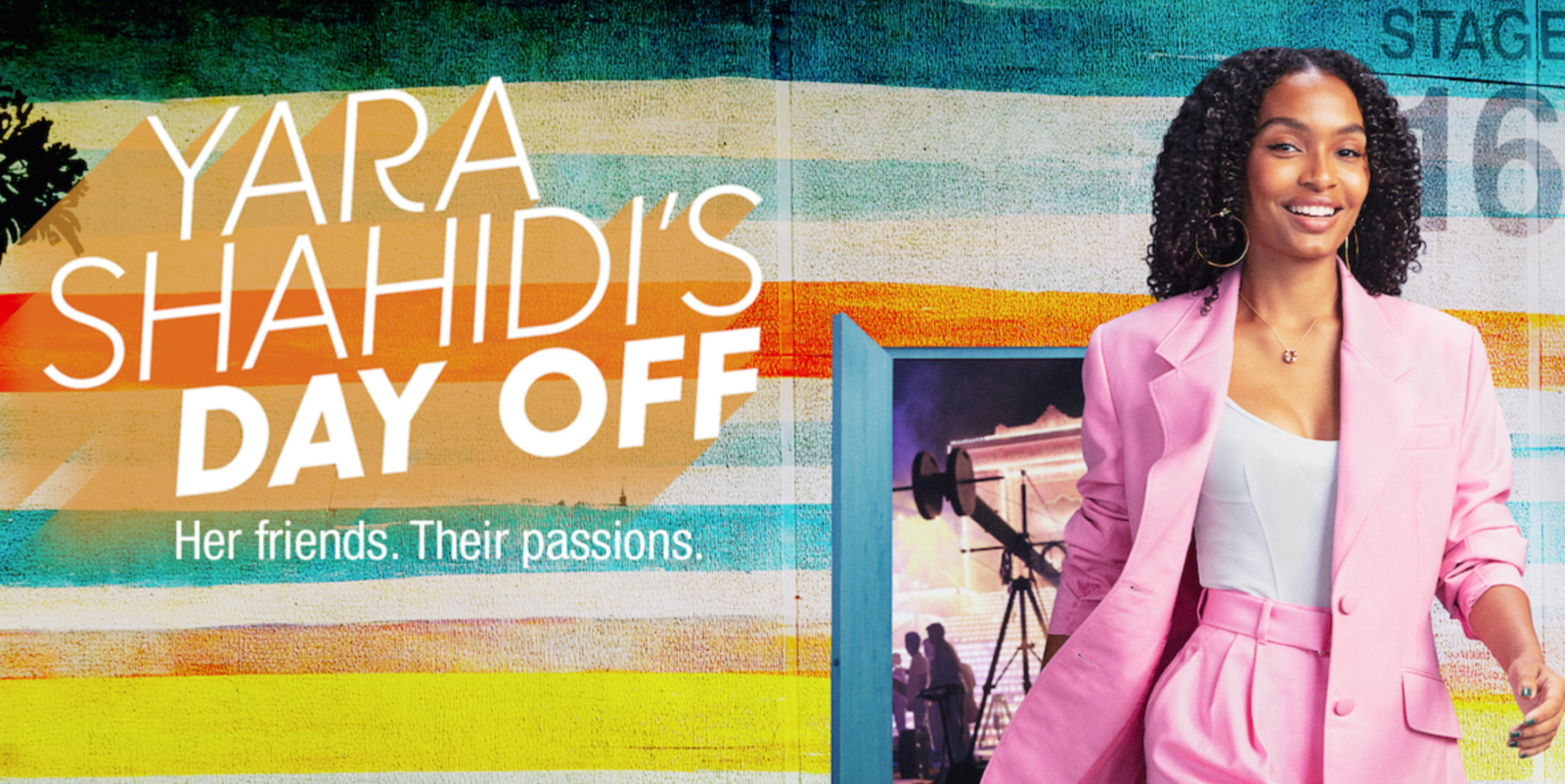 Yara, how has your experience as an executive producer on grown-ish served you in creating this new series?

Yara Shahidi: Grown-ish was an interesting testing ground because even though I got my producer/EP label in later seasons, I was very involved from the beginning. Kenya [Barris] was extremely intentional about bringing me into so many of the rooms, from being able to be on the other side of a casting table for one of the first times in my life to choosing writers, and him trusting me at 17 to say, “Hey, are there any writers you resonate with?” That’s an extraordinary opportunity for a young person to have. I think it helped reaffirm how my family moves as creatives generally and that we have the skill set to conceptualize things that matter to us and are important to us. And so, after doing it on other projects, it was cool to turn into really focusing on our own projects.

Keri, what made the team decide to launch the series on Facebook Watch?

Keri Shahidi: Facebook Watch is a wonderful platform to connect with a particular community. To be able to connect with Yara’s support base was really neat, and it was also an opportunity to connect with friends and people we admire. Facebook Watch and Meta allowed us to curate and create a safe space for people to feel like they could talk about whatever they wanted to. There was no ulterior motive. We aligned so naturally when we pitched the idea, and it’s an idea that the crew created around our dining room table. There are so many things people may know about Yara, but there’s so much they don’t. Also, we were able to provide an empowered space for our guests to say, “I’d like to share this piece of me that is interesting.” We were excited when Meta said, “Let’s do it. No alteration to your ideas.” If anything, being able to work with Jesse Collins Entertainment and super showrunner Tiffany Mills and her team blossomed what we began with.

Yara, I was moved by the intentionality and protection of the artists you interviewed as they shared their truth. As you prepare for each episode, what is your preparation process like?

YS: Thank you for noticing that because going back to my mom’s point, that was so intentional even when we were first tossing ideas around. There are so many times I had the feeling as an actor where I’ve opened up in an interview and then been disheartened by whatever the takeaway was. The goal was to just reveal something new about me, good, bad, or indifferent; there was no thoughtfulness, care, or protection. Having been on the other side of it, a lot of it was asking how do we create a space where the artists feel comfortable sharing what they want to share.

We felt like centering the interviews around an activity, hobby, or something they’ve been interested in were lower-key stakes. There was no pressure to be like, “Reveal something you’ve revealed to no one else before!” It was more like, “What are the things that you don’t even think to mention because no one’s asking you? How’s shoe designing going? How do you like spending your free time when you’re with family?” So, the interview process was quite fun. As a team, we were all on the same page between us at Seventh Sun and then Jesse Collins to create questions and moments that allowed our guests to take it where they wanted to.  As a host, I’m a fan of everybody that we were lucky enough to have, so I think that changed the experience too. I was excited to ask questions, and I already had ideas of what I admired about each person or why they felt like they were the right fit for this kind of space, which created real ease.

I loved the unexpected moments, like the bee chasing people off-set, that were kept in the final edits of the episodes. How did those moments end up on screen?

YS: It came down to wanting to keep the authentic vibe. There’s something nice about the lightheartedness because that’s what set felt like.

KS: There are so many stereotypes that people in positions considered to be “high profile” have to combat. Like, oh, you know, they always maintain a sense of decorum and composure, for example. In those small moments where you see something like everybody’s afraid of bees, it includes another rich connection.

How does it feel to have creative agency?

KS: It feels good, but it’s always about finding a mutual understanding, especially when there are so many creatives on one team. The goal is always to serve and service the person we’ve invited into the space. There’s an unwritten agreement that our guests will be safe knowing that we’ve been in the business for so long in many areas of the business. We will do our best to ensure this is an enjoyable experience. All of our producers, showrunners, director, everybody was driven by the same intention: safety, authenticity, and creativity. If anything came up, we would internally have a discussion and ask, does this serve and service our guests first and foremost? Would they feel comfortable? Sometimes we would lose pieces that may have been a quick laugh. If we ever had a question, we would move on and choose other scenes. But that’s how our creative agency was able to blossom, knowing that we were driven by core tenants.

YS: And that shows through in terms of how you tell stories, going to that point of no longer typecasting people but suddenly being in a world where we’re seeing the sheer range of humanity and all of the stories that have been overlooked for so long, when you center somebody’s comfort and authenticity.

KS: We both love to laugh and spend intentional time with family and with friends and in nature.

YS: Yeah, the only thing I’d add is that we do a lot of gathering around music. I love any time with family and friends where we’re just exchanging songs or listening to something. I feel like we have such strong music memories and our house of what songs remind us of. That’s always a joyful time.