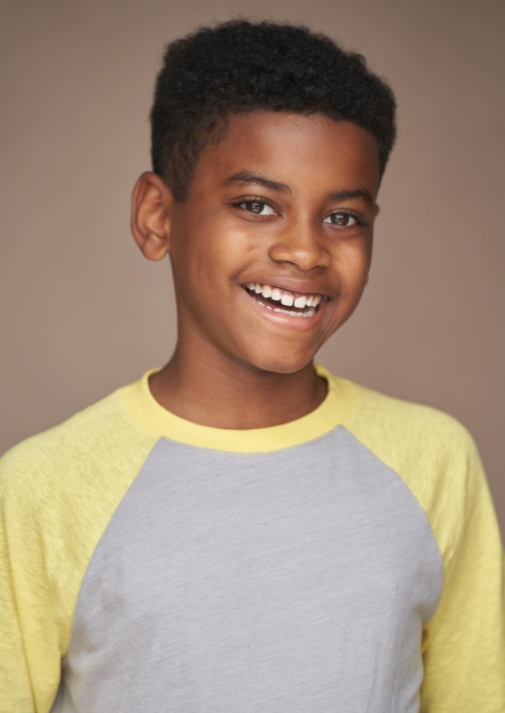 Peyton Perrine III is busy. This young actor plays Lil Bro in the upcoming Netflix biopic limited series about Colin Kaepernick’s childhood, Colin in Black & White. He also plays the self-assured natural entrepreneur Marky in Nickelodeon’s That Girl Lay Lay, a new sitcom about a teenage girl whose imaginary friend from her mental health app comes to life. He started his career acting with his parents on their hit comedic web series, Funny Married Stuff.

BGN spoke with Peyton via Zoom about these projects and his love for acting.

Your character in That Girl Lay Lay, Marky, is the lead character’s younger brother and is also a budding businessman. What’s your favorite part about playing this hilarious character?

Playing something different. Most of the time I don’t get to play a Black young businessman who’s gonna make all the money he wants to, which is really cool because I like money! And he [Marky] likes money too, which is really funny.

What is it that you and Marky like the most about money?

Just saving it. Because if you save a lot of money, you can end up buying something good. I’m saving my money for college. I don’t know what Marky is saving his money for yet, but I hope it’s good and worthwhile.

That’s a very smart answer, my friend. What are the biggest differences between working on a hit web series with your parents, doing a Netflix limited series, and working on a Nickelodeon show?

What’s been the coolest part about being on set on a sitcom?

I’m like my idols, like Will Smith on the Fresh Prince of Bel-Air — it was a sitcom. It was really cool to be on a sitcom, too.

Out of all of the projects you’ve done, which was your favorite?

It’s a fun show, and you do a great job on That Girl Lay Lay. Let’s talk a little bit about your Netflix series. In Colin in Black & White, you play Lil Bro. What’s he like?

Lil Bro is a class clown. He tells jokes in the middle of class. He gets in trouble for it, though, which sometimes backfires on him. He just wants to be a comedian, and he likes telling jokes, which is why he’s just always a joke teller and the comedian of the class.

And you’ve got such a vibrant personality so this role suits that aspect of your acting skills well. Did you get to work with Ava DuVernay on your episode?

Yes, she was so nice. She told me a lot about different positioning and stuff while on location. I didn’t know a lot about that before. She was just a really nice person to work with. My mom was freaking out when she met her. She is such a big fan. Oh, I see my mom over there, smiling right now as we talk about it. It was a great experience.

It’s as if you got MasterClasses with one of the best minds of our time. Do you also take acting classes?

If you had a magic casting wand, what would your next role be?

If that magic wand could transport you onto any TV show from the past, what show would you pick?

I’d want to be in Fresh Prince.

What’s your favorite thing to do that makes you the happiest these days?

I like to act. I also love to play video games. You can call me a true gamer. I also enjoy coding, which is kind of a nerd part of me. Watching movies, YouTube, playing basketball, and hikes with my family. Also, there’s this game that I just learned about in school, called spike ball. It’s kind of a version of volleyball but instead of hitting it over the net, you hit it on the net. I’ve been enjoying that in school. It’s so much fun. All of that just brings me a lot of joy and happiness.

Check out Peyton on Nickelodeon’s That Girl Lay Lay, Thursdays at 7:30 p.m. ET, and on Netflix’s limited series Colin in Black & White, which streams Friday, Oct. 29.