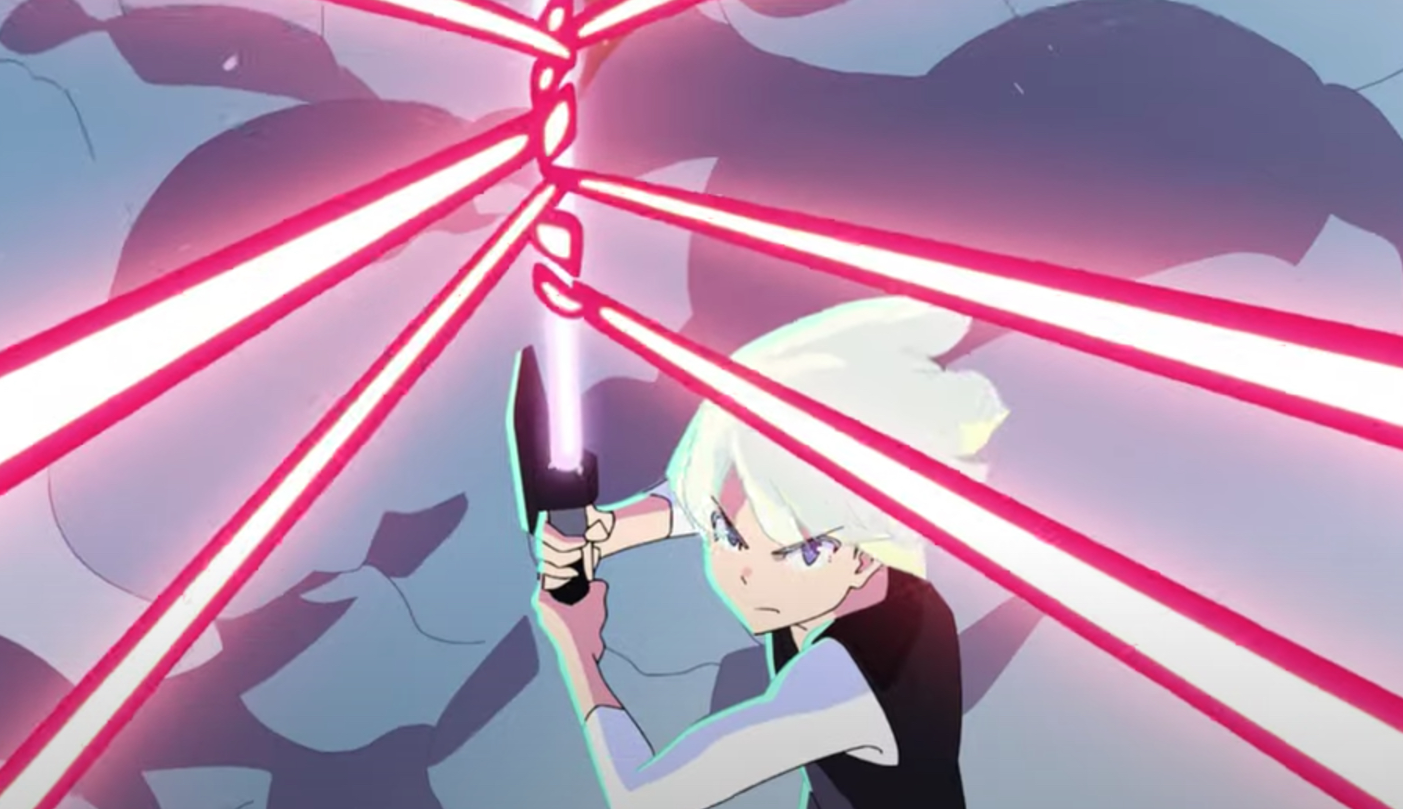 With the first season of the Disney+ Obi-Wan Kenobi ending today, you may be searching for something to fill that Star Wars void until the premiere of Andor on August 31, 2022. Since you’ve probably rewatched every live-action title in the franchise, from The Mandalorian to Star Wars Episode IV, why not give anime a try? Here is a list of ten anime reminiscent of your favorite “galaxy far, far away.”

Star Wars Visions is an anthology series that captures the essence of Star Wars while staying authentic to anime storytelling. With Visions, Star Wars fans can look forward to an anthology series with familiar features like Droids, Storm Troopers, Jedi, and Mandalorians with an inventive animated twist. What makes it unique is that each of its nine stories is told through a different anime studio lens, creating space for diversity and boundless imagination. Let’s put it this way: If a Samurai-sword-lightsaber-battle set in ancient Japan sounds exciting, you’ll want to head to Disney+ and binge this right away.

Cowboy Bebop is a space opera whose dramatic realism immerses you so deeply that you forget you’re watching an animated series. Both Star Wars and Bebop have strong cult followings thanks to their cinematic plots, stunning visuals, and bang-bang-shoot ’em-up action, which has earned them high honors in their perspective genres. Cowboy Bebop follows the Bebop crew (Spike Spiegel, Jet Black, Faye Valentine, Ed, and their genius furry companion Ein) as they voyage throughout a 2071 colonized space in search of bounties for ransom. Bebop’s imaginative adventures on tricked-out aircrafts — backed by its unforgettable soundtrack — will make the transition from Star Wars to anime seamless.

Outlaw Star is a futuristic sci-fi anime from the ’90s known for its dazzling aesthetics, loveable characters, and captivating universe. Outlaw Star has a formula that Star Wars fans may recognize: a rag-tag crew embarks on countless missions and sci-fi adventures as they travel across a boundless galaxy. Similar to Star Wars, the setting in Outlaw Star has a major influence on its storytelling, with each planet having its own species and unique characteristics. Star Wars fans will appreciate Outlaw Star for its grand space battles, advanced weaponry, and non-stop action that has fans wondering, “Why on Earth did this only get one season?”

Space Dandy is a light-hearted take on space voyaging adventure. Directed by Shin’ichirô Watanabe — the mastermind behind Cowboy Bebop — this science fiction space comedy follows bounty hunter Dandy as he travels throughout the galaxy looking for new breeds of aliens. With Space Dandy, no two adventures are the same, and that standalone experience is one of the themes that keep people hooked to Star Wars spin-offs like 2016’s Rogue One: A Star Wars Story.

If you’re looking for an anime that reflects the “dark side” of the Star Wars saga, then you’ll love Neon Genesis Evangelion. Neon Genesis Evangelion follows the story of Shinji Ikari, a teenage boy who has to pilot an advanced humanoid mech (a.k.a an Evangelion) to save the fictional Tokyo-3 from an invading celestial species. This cinematic sci-fi has countless themes that mirror the Star Wars universe: advanced weaponry and technology, thrilling space combat, high-flying action-adventure, and a complex tale that is considered one of the most influential stories of all time.

A lesser-known anime, Knights of Sidonia is a futuristic sci-fi that is all about the space drama serving viewers with intense combat, impressive writing, and a plot that critics describe as “addictive.” Knights of Sidonia takes place a millennium after the solar system was invaded by a shape-shifting alien species called Guana. With the Guana being hellbent on the destruction of humanity, the last remaining humans are forced to seek refuge in colonized ships amongst the stars, one of which is called Sidonia. After the Sidonia suffer a devastating attack at the hands of the Guana, it’s up to our hero Nagate Tanikaze and his crew of military pilots to face off against the evil celestial beings in a battle for salvation of the human race. Its gripping underdog story, modernized weapons and technology, and violent action sequences are a recipe that’ll keep Star Wars fans entertained for hours.

Code Geass: Lelouch of the Rebellion is regarded as one of the best animes of all time among viewers and critics alike. Code Geass is famous for its elegant soundtrack, melodramatic themes, and unpredictable plot twists that’ll keep you on the edge of your seat. The story takes place after Japan was invaded and overruled by Britannia’s powerful Holy Empire, creating an atmosphere of destruction, violence, and hopelessness. Lelouch, a citizen of Britannia, is determined to overthrow the empire with the help of a manipulative superpower called Geass. What transpires is an epic anti-war story packed with suspense, thrilling mech-action, and authentically developed characters that’ll have you constantly questioning your concepts of morality.

Mobile Suit Gundam is comparable to Star Wars in influence alone: these titles have influenced their genres with their original stories since the 1970s. Just as Star Wars has been credited for inspiring blockbuster titles like Guardians of the Galaxy, Mobile Suit Gundam has undoubtedly inspired countless anime titles and is considered an innovator in the mecha genre. Considered by critics to be the “Star Wars of Japan,” Mobile Suit Gundam took the idea of super robots to a whole new level by mixing in realistic mecha-action and profound storytelling that’s still used as a formula for anime to this day.

One of the most popular titles of the mecha-anime genre, Macross is a series Star Wars fans will naturally flock to thanks to its dramatic tale about an intergalactic war. This critically acclaimed action sci-fi follows the story of a fight for humanity, as Earth’s nations band together to fight an invading fleet of extraterrestrials determined to retrieve a crash-landed spacecraft from the fictional Macross Island. As our heroes do everything in their power to keep the inhabitants of Macross safe, we’re treated to a captivating tale packed with hours of drama, suspense, action, and romance. Its cinematic art style and thrilling space combat (backed by its famously energetic soundtrack) make it a must-see not just for Star Wars fans but fans of science fiction in general.

Considered one of the most underrated anime of all time, Legend of the Galactic Heroes has received countless acclamations since its premiere in 1988. At the heart of this tragic space opera is a political battle that does a great job of staying impartial, allowing you to draw your own conclusions as to which side is “good” or “evil.” Legend of the Galactic Heroes plays out like a chess game as two empires wage war over opposing political philosophies: the Galactic Empire (a monocracy led by the ambitious Reinhard von Lohengramm) and the Free Planets Alliance (a corrupt democracy backed by strategic mastermind Yang Wenli). Critics agree that Legend of the Galactic Heroes is filled with brilliantly executed twists that’ll keep you completely immersed through all 110 episodes. Check out this hidden gem if you’re looking for a Shakespearean war story in space that’s skillfully written and slowly paced.