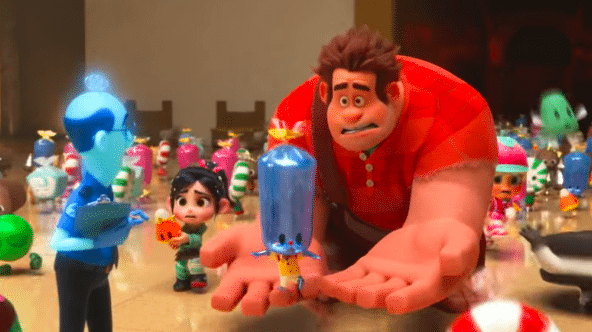 The story begins in the arcade. Ralph and Vanellope have been living the life that Ralph has always dreamed of — fulfilling their duties in games during the day and hanging out together in their neighboring arcade games at night. Vanellope confides in Ralph that she has grown tired of her routine. Sugar Rush is no longer a thrill for her. Ralph still sporting, Vanellope’s custom-made “You’re my hero” cooking medal takes it upon himself to add some excitement to Sugar Rush for her. And as heroic as his intentions are, things do not go as planned and an integral game piece of Sugar Rush breaks. Ralph and Vanellope must act quickly to procure a new game piece or else Litwaks video arcade will have to unplug Sugar Rush permanently. The two-some must leave Game Central Station and venture into the uncharted, expansive and fast-paced world of the internet  —which can be both incredibly exciting and overwhelming, depending on who you ask. Here are 10 things to expect in Ralph Breaks the Internet.

The Internet serves as the setting for Ralph Breaks the Internet. As we all know, on the Internet things change instantly and this film is all about change. Ralph is nervous about this new world and ready to get back home to Game Central Station as soon as possible. In contrast to Vanellope, who is smitten with the world wide web, and feels like she has discovered the answers to all of her problems.

The creators and artists of Ralph Breaks the Internet had the incredible task of personifying the net. The world of the Internet is an ultra-modern world which is a sharp contrast to the film’s homage of the retro arcade aesthetics. Artists looked to big cities like Manhattan, Shanghai, and Dubai for inspiration. The architecture of the internet has buildings representative of websites, the bigger the site, the bigger the building. There are cameos from some major sites (my favorite cameo was Pinterest). In the internet, new things are constantly being built, but old things never really go away.

Inhabitants of the Internet

Navigators of the Internet

KnowsMore (Alan Tudyk), is a search engine for the internet. He is a lovable, fun and an annoying know it all in need of gratitude from the Net Users. KnowsMore helps Ralph and Vanellope locate the needed game piece for Sugar Rush on the internet.

Shank (Gal Gadot), is a street racer from the internet game “Slaughter Race.” She is tough, cool, a great racer and most definitely Vanellope’s idol! In a strange turn of events, Ralph and Vanellope cross paths with Shank. Not only does she help direct the twosome to a needed resource to procure the game piece for Sugar Rush, but she also gives Vanellope some direction to her own personal goals in life.

Yesss (Taraji P. Henson), is the head of the algorithm trend-making website called BuzzTube. She is by far the trendiest and has her finger on the internet’s fast-paced pulse. Yesss helps our twosome garner the funds to buy the game piece for Sugar Rush by helping Ralph create trendy videos on the internet.

Felix (Jack McBrayer) and Calhoun (Jane Lynch) are still in love and going strong. Their relationship takes a huge and sudden change as their family grows literally overnight. By the end of the film, the couple has mastered parenting and have unlocked the secrets to being great parents!

Part of the fun & games of Ralph and Vanellope’s journey to get the game piece for Sugar Rush, Ralph ends up making viral videos. This acted as a catalyst in the high pace storytelling that made Ralph Breaks the Internet so entertaining! 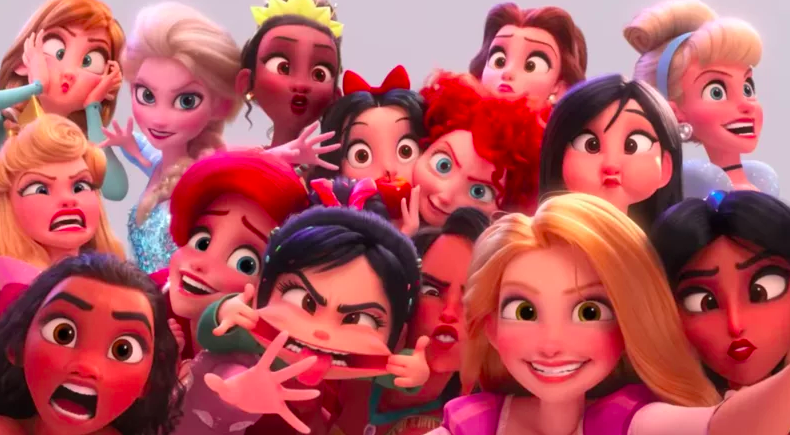 Hoodie Princess gets her own princess song

After receiving advice from the other Disney princesses, Disney’s unsung princess and the coziest princess of them all — Vanellope von Schweetz finds and performs her very own princess song. The song is written by the same songwriter from Little Shop of Horrors which is Sarah Silverman’s favorite musical (kismet)! 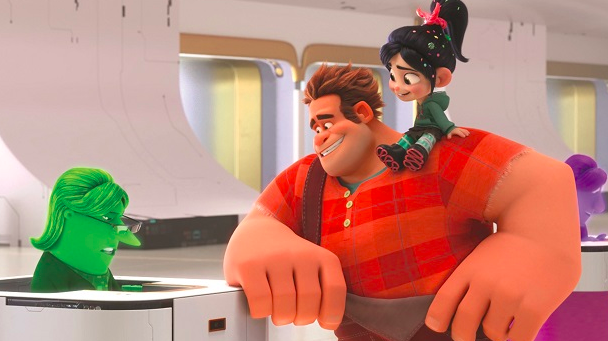 Ralph Breaks the Internet is a fun and hilarious family film. However, the sequel deals with a deeper emotional depth and a more intense tone than a typical family film usually do. This helps to humanize the animated characters more and it makes the stakes in the story a lot higher.

The voice actors of Ralph Breaks the Internet record together. According to producer Clark Spencer, recording this cast was unique particularly because one of the actors preferred to liven up his recording sessions. “John C. Reily likes to record with the other actors. Most actors record by themselves in animation, but John feels that he performs better if he’s acting off someone. He likes to riff, so he and Sarah Silverman recorded together every single time.

While navigating through the vast world of the internet, Ralph and Vanellope become painfully aware that they are best friends with different goals. The growing pains of the twosome serve as the central conflict of the story. The film goes over the complications that come along with growth amongst friendships. Ralph and Vanellope’s friendship has turned into a toxic and co-dependent relationship. The film brilliantly captures this and portrays the insecurities within their friendship and provides an emotional resolution that is both heartfelt and beautiful.

Ralph Breaks the Internet will upload in theaters November 21, 2018.