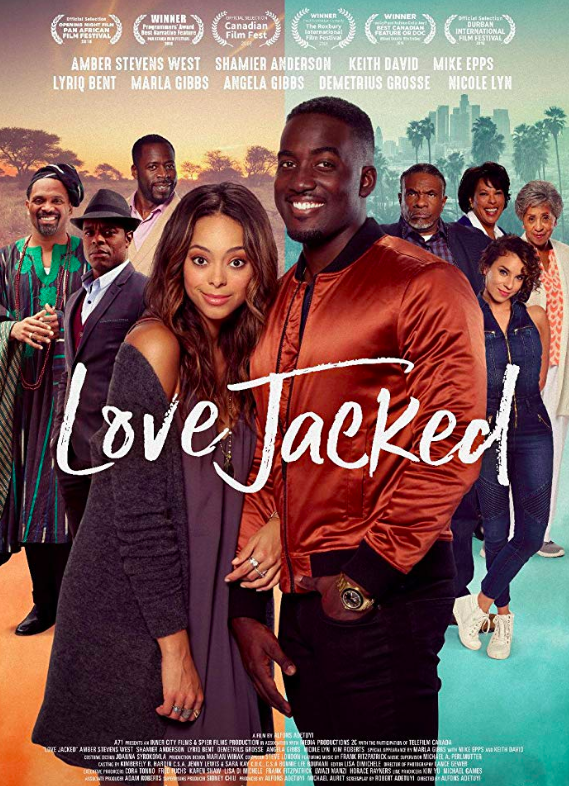 The screening and reception was also a celebration for Stevens West, who gave birth to daughter, Ava two weeks ago. Stevens West held her 17-day-old baby girl all the while discussing her latest project. Here’s more tidbits.

Love Jacked is a romantic comedy about a young woman who takes a trip to Africa to find herself and, to escape her well-meaning but overbearing father. While there she meets a charming gentleman. Romance ensues.

In the US but opens in Canada in November and was released in South Africa last July.

Love Jacked was filmed two years ago, before Stevens West starred as Claire in the CBS comedy, Happy Together. Co-star Felix Mallard was at the screening cheering her on. 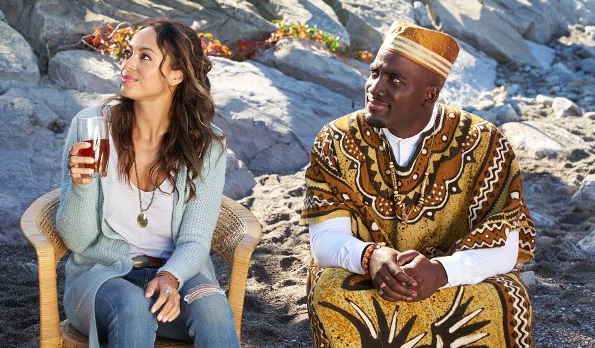 Filmed In Africa For Three Weeks

“Then we did a pre-production of about three or four weeks,” says director Adetuyi. The crew shot pre-production in Toronto near Lake Ontario, standing in for California.

Shamier Anderson Is Canadian and of Jamaican Heritage

But he played American and, Nigerian in the movie (spoiler alert).

I wanted to understand why they’re so passionate. Why they’re so big and flamboyant and why they wear so I could have some context to bring to the work. With that I can respect the material and that can translate into it not being offensive.”

But there will be more. He has roles in the Nicole Kidman movie, Destroyer scheduled to open in December and in an untitled Drake Doremus project.  And a bonus fact here: Shamier Anderson’s younger brother is actor Stephan James (If Beale Street Could Talk, Homecoming) 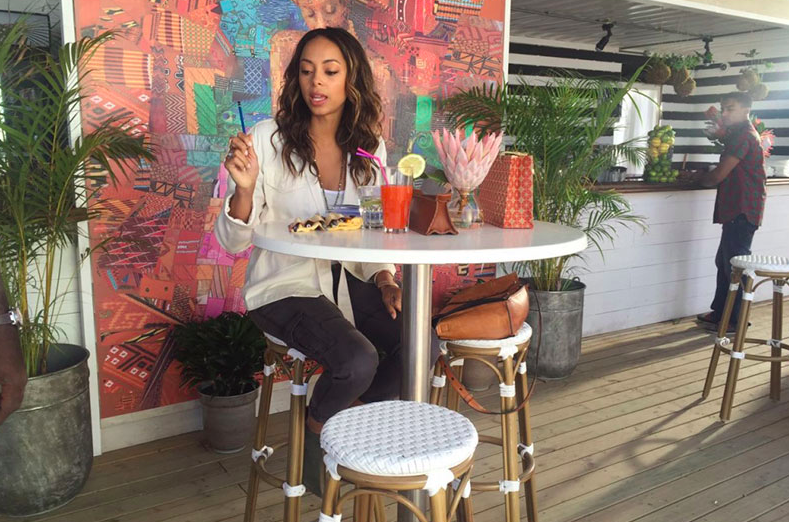 The Director Broke His Foot on Location

While filming a scene in a “nice apartment with the pool.”

“They had this little thing beside the pool and I was doing a shot and boom!”

Marla Gibbs has a main supporting role. The Jeffersons and 227 actress keeps her SAG card active in Love Jacked as well as guest roles on This Is Us, American Horror Story, and Scandal.

Mike Epps and Anderson were allowed by the director to ad-lib some of their lines.

Not Your Typical Africa

Shamier Anderson: “I’d never been to Africa before and I was able to go and check it out in my off time and check out just how much North America puts Africa into such a box. And how beautiful and how amazing it is, those mansions and seeing black people flourish.

I’m not saying that for shock value. It was like, wow, they’re not in villages and huts. It’s not what I see in commercials. Looks just like Los Angeles, no joke.” 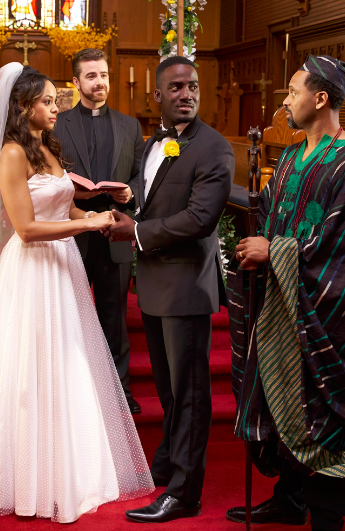 Love for the Rom-Com or Watch Out Julia Roberts

“Rom-Coms are my favorite movies,” says Stevens West. “I always wanted to star in one so the opportunity to do this was incredibly exciting.

My favorite Rom Com is probably Love Actually. It’s very different from this movie because it’s got an ensemble cast and 18 different storylines. But this one is a really good, feel-good movie and I was excited to finally be a part of one.” 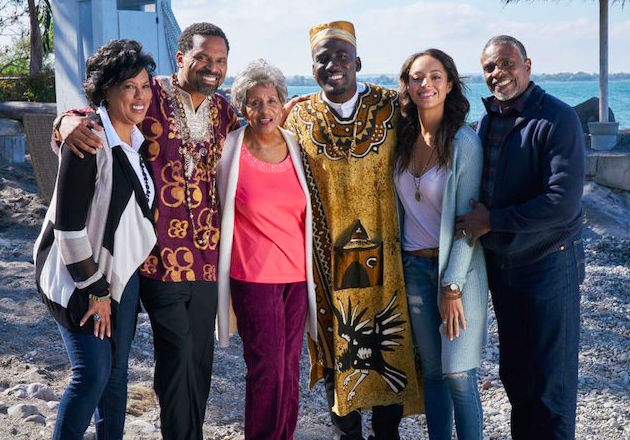 Best Part of Movie for Cast

“I had a lot of fun with the driving stuff,” says Stevens West.

“I had to learn how to drive a car in Africa on the other side of the road. I had to drive a pickup truck and it was considered stunt driving. It may not look fast but it was really fast. It was on these dirt roads and they were trusting me with a bunch of cameramen in the pickup truck.”

Director, Adetuyi: “For me, it was the last scene. It was about eight minutes and we kind of ran it down like a play. I was just amazed at their work because I had a couple of cameras and I just said, “go from top to bottom.”

Stevens West: “So we shot that all in one over and over again. It really was like an eight-minute scene so it was like a mini play that we did over and over for several hours, But it was all because of the director. He just made sure to cover every one of us and in editing you get your comedy.”

SXSW 2022 Review: ‘A Lot of Nothing’ Gives Everything it Has