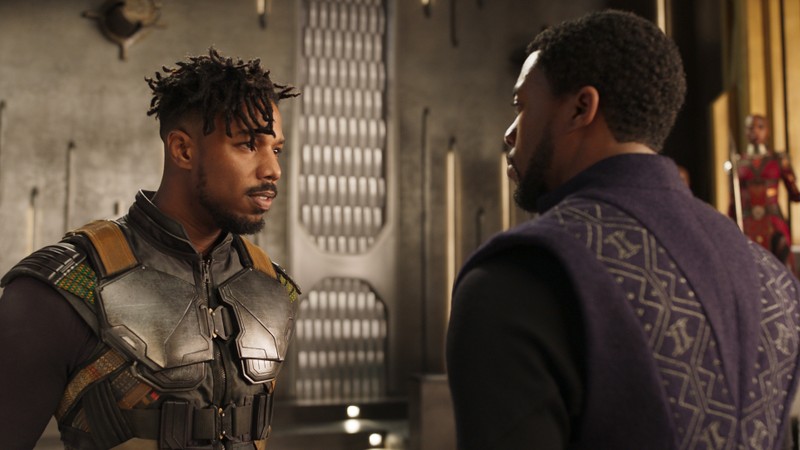 Saying the 2018 box office has been successful would be quite the understatement.

The global box office is projected to hit a record $41.7 billion, according to Deadline, surpassing the previous all-time high of $40.6 billion set in 2017. Domestically, the box office is nearing $11.9 billion, up 7% from 2017’s $11.1 billion. This year’s domestic box office numbers are also set to surpass previous record-holder 2016, which came in at $11.4 billion. The domestic box-office boost this year was driven in large part by Black Panther, which made more than $700 million alone.

“I give a lot of credit to Black Panther,” Erik Davis, managing editor at Fandango said. “It was the kind of film that infected pop culture in such a way that brought people back to the movie theater.”

Infinity War came in second at the domestic box office with $678.8 million, while Incredibles 2 raked in $608.6 million. Jurassic World: Fallen Kingdom ($416.7 million) and Deadpool 2 ($324.4 million) ended up rounding out the top 5 films at the box office. With the exception of the Jurassic World sequel, 2018 was the year of the superhero film. Nine superhero films graced the silver screen in 2018 — grossing more than $2.9 billion at the domestic box office, or about 25.5 percent of total ticket sales. Overall, attendance was also up by about 4 percent, doing away with 2017’s notion that ticket sales are just too costly.

This year wraps up proving two things: moviegoers buy an experience, not a movie, and a predominantly Black cast can carry not only a film but a nation’s commercial success at the box office.