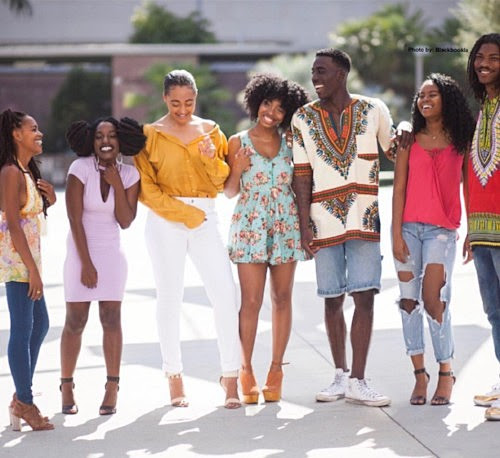 Looking for a nostalgic ’90s show with a bit of a millennial twist? Take a look at the upcoming project, 3 Blind Mice, from Imani Nia Robinson and Ayana Parker Morrison currently being pitched to Netflix and HBO!

What it’s all about…

In this show Imani and Ayana explore the very rocky transition into adulthood while simultaneously embracing the uniqueness of Black culture. The show’s main character, Naeemah, a young black woman who attended predominantly white schools all her life, gets expelled from Yale University during her junior year, and transfers to Howard University in Washington, DC. Shortly after her arrival, she realizes the grass isn’t always greener on the other side as even amongst her own people, she still feels out of place.

3 Blind Mice fulfills a need for TV narratives that depict the diversity of the Black diaspora. The two ladies are continuing in the tradition of iconic shows such as Living Single and A Different World, with the telling of Naeemah’s story. The creators’ purpose is to represent our communities by telling our own stories in an honest, positive and inspiring way.

How you can help…

Once they shoot and edit the first episode of the series, they will pitch the series to various networks and online streaming companies to be produced. Currently, they are gathering a creative team of many talented young people and taking inventory of our resources.

They’ve launched an Indiegogo Campaign to help raise the $20,000 it will take to produce the first episode of 3 Blind Mice and hope you can help them reach the goal and bring their vision to fruition! Along with being a part of the community that made 3 Blind Mice a reality, they have a myriad of very cool perks for your donations.

Please click on the following link to give directly to the Indiegogo Campaign:

Be sure to fund this campaign and help Imani and Ayana bring back that ’90s flavor with a new edge!