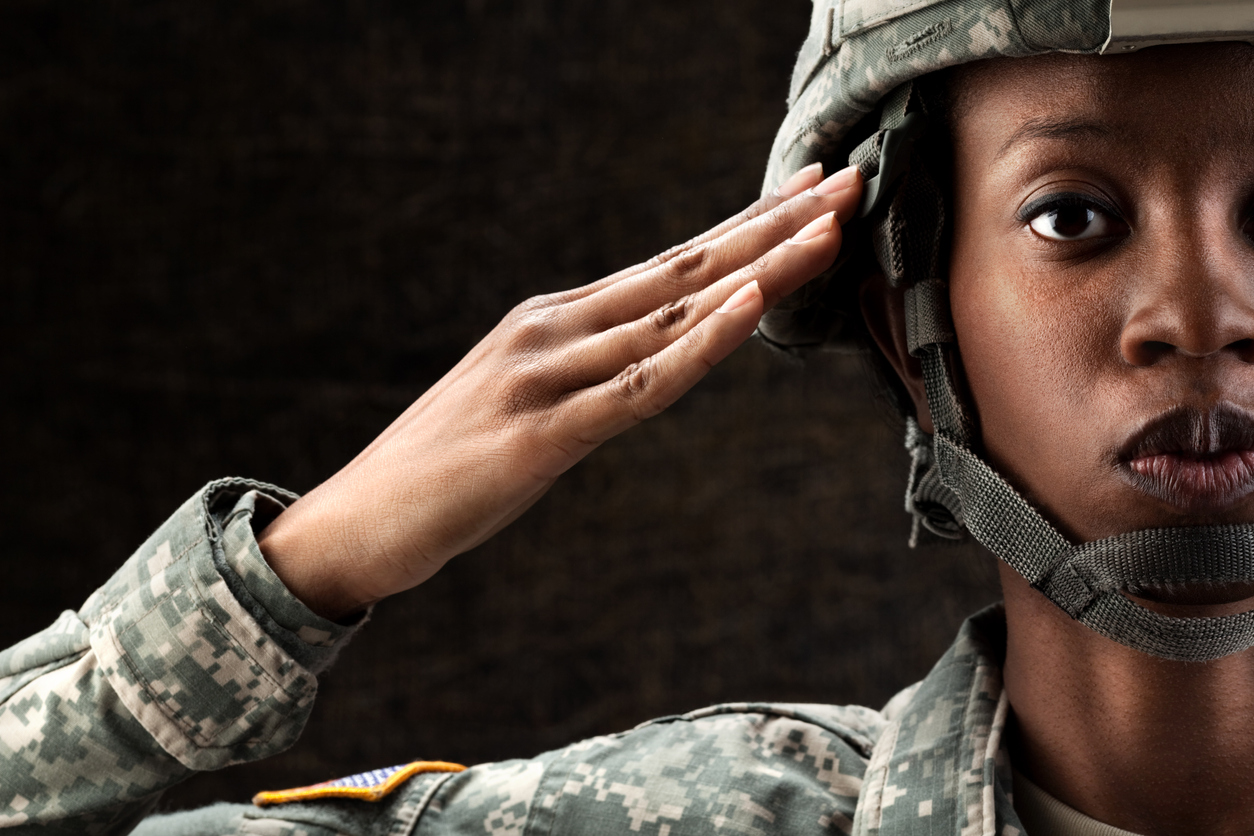 Every Veteran’s Day, millions of Americans visit memorials and have family gatherings and the occasional barbecue to honor the men and women who have fought for our freedom. Whether you are honoring a family member or just practicing your freedom by binge-watching Netflix in your PJs, it’s important to know that veterans come in all shapes, sizes, and colors.

In fact, since World War II, Black Rosies — contradictions to the white and blue-eyed Rosie the Riveter — have made substantial contributions to make this country strong. Black Rosies were African American women, many of who were migrating from the South, trying to break away from being exploited housekeepers to earn a living through more sustainable means while simultaneously supporting their country. They worked vigorously on railroads, shipyards, and factories. In 2015, in the United States and Puerto Rico, there were approximately 2 million female veterans according to Va.gov. In honor of all the veterans who have fought, BGN recognizes four veterans who are more than worthy of appreciation and celebration.

Charity Adams Earley as a young girl had a passion for education. She excelled in school with promotions to higher grade levels. After high school, she pursued a degree in psychology. Soon after, she joined the Women’s Army Corps. With the WAC, she led a group of women who had to sort and distribute mail that had gone undelivered. Her crew worked consistently around the clock and were able to finish a 6-month job in three months. Pretty soon after that, Earley rose through the military ranks and received the highest possible promotion for a woman in the WAC by becoming a lieutenant colonel on September 26, 1945. Among her accomplishments, she founded a program known as the Black Leadership Development Program in 1982 that educates and trains African Americans to become leaders in their communities.

Lori Piestewa: First Native American Woman in the US Armed Forces to Die in Combat

With the United States consistently being divided on the issues of race, Lori Piestewa’s death reminds us that the consequences of war don’t discriminate against skin color or ethnicity. Piestewa was the daughter of a Vietnam veteran and a mother of two. Perhaps it was in her blood to fight and protect her nation. Coming from Tuba City, Arizona, she was deployed to Iraq and was sent on a mission to help rescue American captives. Five weeks after she was deployed, her team was ambushed, and devastatingly no survivors were left behind. This tragic event was believed to make Lori the first Native American women who was killed in combat for the US Armed Forces. Her death was honored and recognized across the nation. Numerous memorials were held in her honor. Scholarships have been set up in her name that will not only provide for her children but also support a chosen female American Indian Military Veteran. She even has a mountain named after her.

Marcelite J. Harris found herself in the Air Force after being unable to start a career in acting. Born in Houston Texas, she served on the Lackland Air Force Base. Although she may have wanted to be an actor, it seemed to be her true calling was to serve. She became the first female aircraft officer and one of the first two female air officers in the U.S. Air Force Academy. She also served as a White House social aid and was the Air Force’s first female Director of Maintenance. And let’s forget not her badges of honor. She received the Bronze Star, the Vietnam Service Medal, and the Presidential Unit Citation. Upon her retirement in 1997, she became the nation’s highest-ranking African American woman in a part of the Department of Defense, and the highest-ranking female officer in the Air Force.

When Adele E. Hodges joined the Marine Corps, she did so with one single ambition: to be the best Marine she could be. Her dedication led to her becoming the first Black female Commander. Through her leadership of North Carolina’s Camp Lejeune, she has supported over 47,000 sailors and marines. Starting from humble beginnings as a supply administrative clerk, she worked her way through the ranks to become an astounding Marine and veteran.

These four women are the epitome of hard work and dedication. Yet they are only a small portion of the thousands of women who have fought and served in the U.S. military. Black women have been celebrated by the media for being a celebrity, a basketball wife, an actor, and other dramatic roles. However, the image of Black women in a military uniform, decorated with medals and badges of ranks, is not very often seen in mass media. Therefore, this Veteran’s Day it’s important to acknowledge all who have served, including these amazing women.

For The Love Of Country: Black Women Veterans