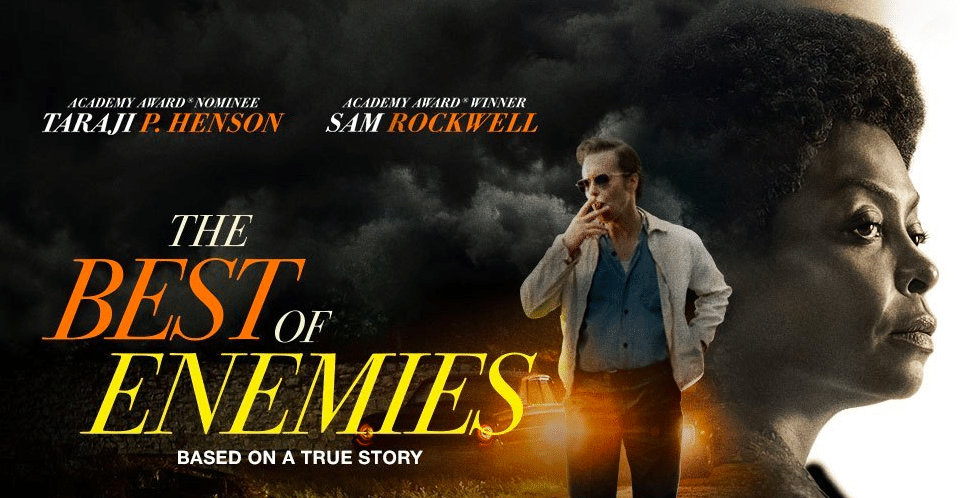 Based on a true story, The Best of Enemies centers on the unlikely relationship between Ann Atwater (Henson), an outspoken civil rights activist, and C.P. Ellis (Rockwell), a local Ku Klux Klan leader who reluctantly co-chaired a community summit, battling over the desegregation of schools in Durham, North Carolina during the racially-charged summer of 1971. The incredible events that unfolded would change Durham and the lives of Atwater and Ellis forever.

Directed and adapted by Robin Bissell and based off a book written by Osha Gray Davidson entitled “The Best of Enemies: Race and Redemption in the New South”, this film gifts us with two larger than life characters who happen to be real. Their journey together in the latter years of their lives is nothing short of astonishing and quite inspirational.

While we have seen racially-charged films like The Best of Enemies before, what sets this particular film apart from the others is its ending. While some may call it fate, and others may call it faith; one thing is for sure. C.P. Ellis and Ann Atwater, two people who were conditioned to hate the other on the premise of their skin color, ended up being best friends for 30 years after that fateful charrette in Durham, North Carolina in 1971.

The charrette was moderated by Bill Riddick (Babou Ceesay), believed that the city’s biggest stakeholders who had an issue with the desegregation of schools in Durham should come together and decide whether the schools would be desegregated. No one expected the resulting events to unfold as they did. However, the unlikely friendship between Ellis and Atwater and their collaborative efforts to combat segregation serve as a testament to the power of the human spirit, denote that love is the most powerful emotion and that barriers are meant to be broken for the greater good of humanity.

C.P. Ellis is white, poor and not the least bit well-traveled. While he believed himself to be a professing Christian, he could not fathom the thought of being associated with a Black person. There’s a scene in which an upstanding man tries to reason with the group at the charrette calls C.P. Ellis brother. C.P retorts with conviction, “Did that nigger just call me brother?” He and his fellow Klansman taught the word of God, yet the doctrine of racism was taught and transferred as well.

When You Stand For Great Change, Prepare For Great Resistance

Maddy Mays (Caitlin Mehner) is a white woman who was randomly selected to participate in the charrette. Maddy is compassionate and does not have the heart of a racist. Once the Klansmen figured out that her voice could sway the vote in favor of de-segregation, they used intimidation tactics to threaten her to not support segregation. They broke into her home, put a weapon to her head and make her yell out several times, “I am not a friend of niggers!” Though she had a heart for change, her compassion was met with great resistance. 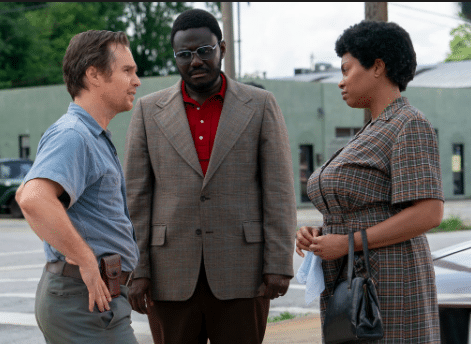 As A Generalization, Most Veterans Had A Different Perspective on Race After War

Lee Trombley (John Gallagher Jr.) is a war veteran who has served 2 tours in Vietnam, and he is known to co-mingle with Blacks in his community on an interpersonal level. He works with Black folks and even one manage his store. When asked by C.P.Ellis what he thinks of the charrette, he humbly replies, “It’s nice to hear both sides, you know?” His experience of having fought side-by-side in the war have shaped his perception and views on life. He even defends having a Black manager in his store and states, “I trust him, second only to my wife.”

Racism Is Designed To Create Division

One night after a heated debate, C.P. Ellis goes to his car and get a shotgun out of his trunk. When Atwater confronts him, he says it’s his protection. She rationalizes with him and quips that the word of God is a defense for her, and states, “the same God that made you, made me.” Atwater in her spiritual maturity truly believes that God created us all. Her belief and persistent confrontation of Ellis eventually begin to make an impact on him. 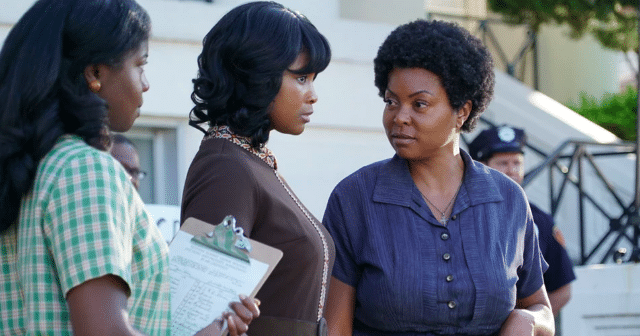 In the film, C.P. Elis has a son with special needs. Yet, there are times when Ellis does not have the resources to place his son in the best environment. When Atwater finds out that this is happening, she goes to pay for the Klansman Ellis’s son to be in the best environment for his needs. When Ellis finds out about her act of kindness, he is full of pride and confronts her. However, his heart slowly begins to change. Additionally, the free-spirited nature of his wife Mary Ellis (Anne Heche) couple with Atwater’s unwillingness to back down, Ellis’s heart changes.

Yes, we have seen movies like The Best of Enemies before. However, it is rare that a Black, female activist does the funeral eulogy of a former racist Klansman. This is a true story, and the lives of Atwater and Ellis showcase the power of love.

The Best of Enemies premiered nationwide on April 5th, 2019.