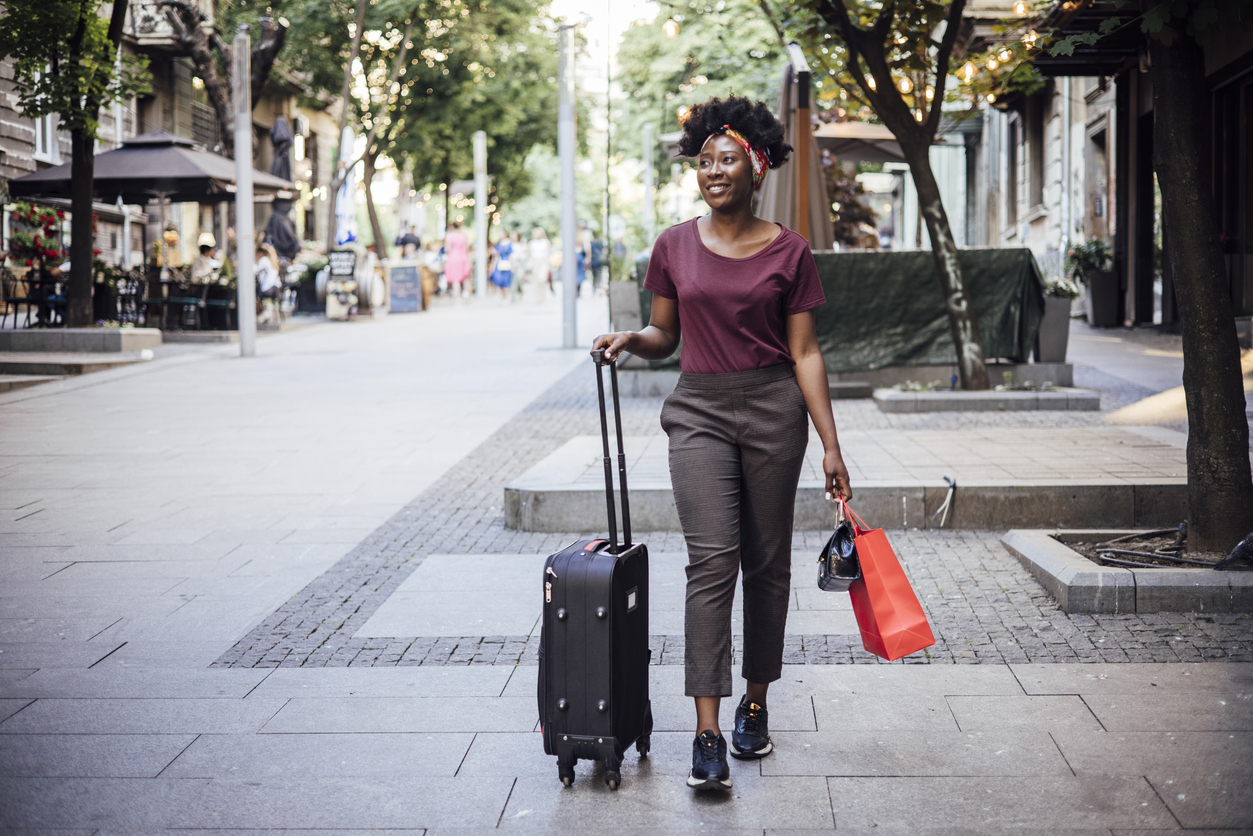 Historic homes, museums, and restaurants throughout the United States tell stories of cultural and historic achievements of Black people over the centuries. As we travel or go about our way in our own cities, we may not even be aware of the Black culture that exists. What I’ve come to realize is that Black history is always present — no matter where you go. Consider making a trip to one of these six cities to experience and learn about the Black culture and history.

Okay, so I may be a little biased because Kansas City is my hometown. But trust me, Kansas City is rich in Black culture and history. The best place to start your journey is in the historic 18th & Vine district. In 1990, former baseball players came together to create the Negro Leagues Baseball Museum, which shares a building with the American Jazz Museum. You can explore photographs and interactive exhibits chronicling some of the most well-known Black baseball players, including Buck O’Neill and Jackie Robinson.

You can walk next door to the Blue Room to hear a live band, catch a poetry open-mic, or eat at one of the restaurants. This area is also home to The Call, a Black weekly newspaper founded in 1919. It is still a staple in just about every Black household in Kansas City.

If you know anyone from KC, then you know we don’t play about our barbecue. The friendly competition between Arthur Bryant’s and Gates Bar-B-Q has existed for decades. Truth is, you can’t go wrong with either one.

In 1971, Ebony magazine called Atlanta the “Black mecca of the South,” because “Black folks have more, live better, accomplish more and deal with whites more effectively than they do anywhere else in the South — or North.”

The first time I visited Atlanta, my friends took me downtown to the King Center, which includes the birth home of Dr. Martin Luther King, Jr., as well as the historic Ebenezer Baptist Church where he preached. The Center for Civil and Human Rights features various exhibits. You can actually spend all day in this historic area and still not see everything.

You’ll also want to check out Atlanta University Center, which includes Morehouse College, Clark Atlanta, Morris Brown, and Spelman College all within a few miles of each other in the West End. It is inspiring to see these historically Black institutions.

The Lorraine Hotel is the site where Dr. Martin Luther King, Jr., was assassinated. It is now the National Civil Rights Museum that guides you through five centuries of history. There’s a replica of the bus that Rosa Parks sat on and a notebook with Dr. King’s handwriting, as well as clothes that he wore. I visited there many years ago, and it was definitely an unforgettable experience. It’s emotional to stand in the very spot where Dr. King was killed and tour the room where he stayed in the hotel.

Memphis also has the Stax Museum of America Soul Music, and we can’t forget the glory of Beale Street. This neighborhood is full of jazz and blues clubs, restaurants, and more.

On my travel bucket list this year is the National Museum of African American History and Culture. After being closed due to the pandemic, they are reopened and I can’t wait to go. It is the only museum devoted exclusively to African American life, history, and culture. To date, the museum has collected more than 36,000 artifacts.

I’m also excited to visit Fredrick Douglass’ historic house, and U Street which was once known as “Black Broadway.” This area actually predates Harlem as one of the birthplaces for Black art and culture.

Hitsville USA: The music recording studio for Motown Records is a must-see when visiting Detroit. I couldn’t believe how small it was. How did all the artists fit in there at one time? There are Motown artifacts, photographs, costumes, and lots of memorabilia. Another museum to visit in Detroit is the Charles H. Wright Museum of African American History.

Let me just say that you can’t visit Detroit without eating at Kuzzo’s Chicken and Waffles. The entire menu is served all day. My personal favorite is the What Up Doe — chicken, waffles, grits, and eggs. Yes, please!

I had no idea that New York has a Museum of Food and Drink. It is an exhibit dedicated to the African American legacy of food throughout American history. The museum helps visitors trace the people, food, and culinary knowledge from African to the Americas and across the United States.

To know that a few of my favorite writers — Langston Hughes, Nella Larsen, and Zora Neale Hurston — were a part of the Harlem Renaissance movement just makes me want to be there to soak up that history.

Harlem seems endless for its Black culture and heritage, from soul food restaurants Melba’s and Sylvia’s to the legendary Apollo Theater. In August, the city celebrates Harlem Week, which is virtual for now. It’s all about sharing the culture and history of Harlem through seminars, conferences, food, and music.

Black Adventurers and Bringing Pleasure into Your Life