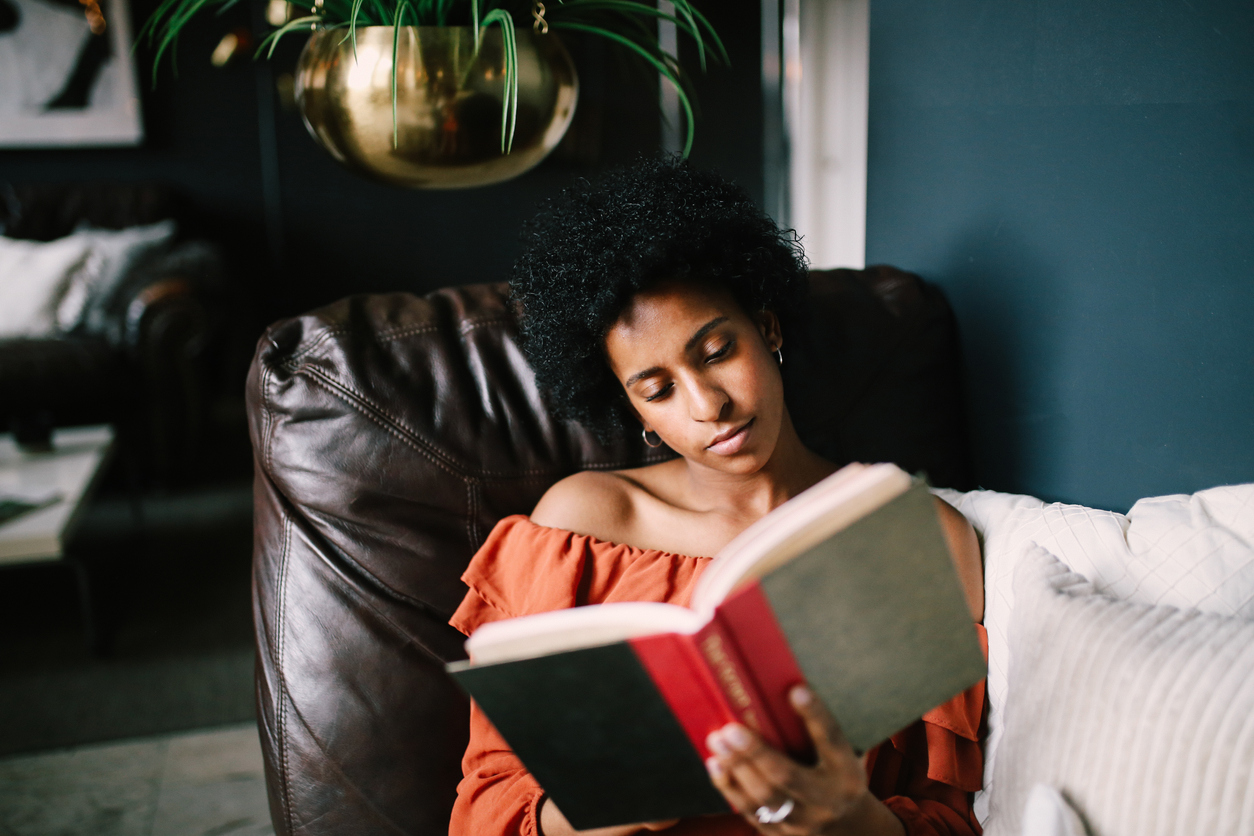 During Black History Month, I always take the opportunity to read books that expand my view and knowledge of the Black experience. I’d love to share seven books that have inspired me to reflect on those things, as well as provided an open door to ask questions and keep learning. The books I selected below touch on everything from the legacy of slavery in the United States to exploring what it means to be a Black person in America today — plus some reads that touch on love, self-acceptance, and perseverance. For me, these books get to the heart of these topics.

So, if you’re looking for a way to learn more this month (and beyond), check out my recommendations:

I Know Why the Caged Bird Sings by Maya Angelou

This book is a yearly requirement for me. It allows me to think on the impact Maya Angelou has had on me as a poet and to just be inspired. She was the first Black author to appear on the New York Times bestseller list, on August 1, 1970, for Caged Bird. It is Angelou’s debut memoir, which begins with her childhood in Stamps, Arkansas, and ends when she becomes a mother at 16. It is a story of resilience and how she overcame racism and other challenges to thrive as a gifted writer and artist.

In this memoir, Laymon writes about growing up in Jackson, Mississippi. His road to becoming a writer is inspiring, to say the least. The book traces his life through high school, college, and then graduate school. He used food and money — too much or too little — as a way to punish himself. He is incredibly open about his struggles with weight and physical abuse and considers the intersection of race and America’s oppressed racial history on his life and the lives of his family. More importantly, he’s attempting to explore how a Black man in America carries the weight of the world.

Punching the Air by Ibi Zoboi and Yusef Salaam

This novel is co-authored by Yusef Salaam, a member of the Exonerated Five. It’s a story about a Black Muslim teen, Amal, who is facing court and jail time for throwing a punch. Amal talks about his experiences in jail, of never getting to be a kid, and giving up on his dreams of poetry and art because he knows that’s not in his expected future. Because it’s written in verse, I think the book gives Amal a more emotional connection to the reader. We are experiencing his life through his deepest thoughts. It is heartbreaking to read, but definitely necessary.

Push Out: The Criminalization of Black Girls in Schools by Monique W. Morris

While arrests of girls between the ages of 13 and 17 have declined as a whole, Black girls are coming into contact with the juvenile system at disproportionately high rates. This has to do with the way society treats young Black girls. We’ve seen these scenarios play out in the news every day. So, it was eye-opening to read how Morris examines those experiences of young Black girls in school. She looks at the ways in which today’s schools and systems dehumanize and criminalize Black girls from an early age and the lasting impacts.

All About Love: New Visions by bell hooks

This is my favorite book by the late Black feminist writer and professor bell hooks. She frequently wrote on the intersection of race, gender, and society. In All About Love, hooks examines the basic foundation of love and the ways in which the culture has shaped how we love each other. The book is only about 200 pages, but she thoroughly provides us with a framework for understanding love and becoming more open to giving and receiving love. By doing this, we can advance justice and humanity.

Another Country by James Baldwin

I am always amazed of the relevance Baldwin’s words still have on our society. This list wouldn’t be complete without his work. Another Country was written in 1962, and he paints a picture of New York City’s Harlem neighborhoods as he saw them. He challenges the “melting pot” image we have, and instead highlights the ways in which racism can become internalized and affect our relationships. The book was criticized and even banned in some places, including New Orleans and Australia. Today, it is considered an important piece of writing.

The Warmth of Other Suns: The Epic Story of America’s Great Migration by Isabel Wilkerson

Reading this book was one thing. Yet, after I attended an online discussion where Wilkerson spoke about the book, it took it to another level. Wilkerson’s book draws its title from a poem by author Richard Wright, in which he wrote that he had left the South and moved to Chicago in the hopes of feeling “the warmth of other suns.” She tells the true stories of three Black Americans who, like Wright and millions of others, left the south between 1915 and 1970 to seek opportunity and freedom from Jim Crow rules — and explores how and why they didn’t always find what they were looking for.