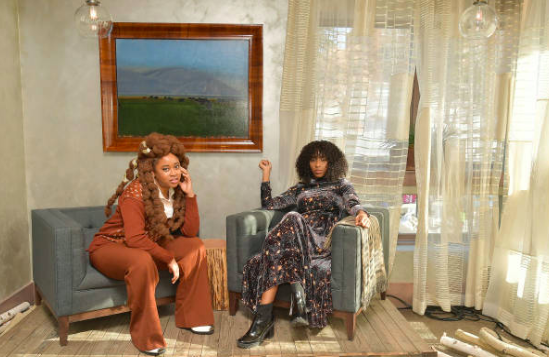 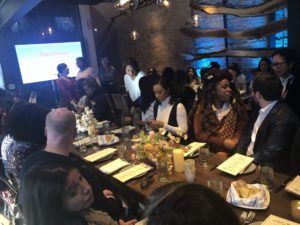 On Sunday, January 27th, HBO put together an intimate event for a select group of press to engage in a conversation over brunch and cocktails with Phoebe Robinson and Jessica Williams of the HBO comedy show 2 Dope Queens. Based on the WNYC Studios podcast of the same name, the four-episode HBO special aired in February of last year. The new season kicks off next month and will feature guest stars as Lupita Nyong’o, Daniel Radcliffe, Janet Mock, Keegan-Michael Key, and Lizzo.

The conversation moderated by Angela Rye touched on various issues from politics to geeking out over history books. And speaking of books, former First Lady Michelle Obama appeared on the 2 Dope Queens podcast recently, to promote her new book “Becoming”.

When asked about what their experience having her own the show was like:

Phoebe Robinson: “I devoured her book in two days. I’m so inspired by her story and she’s so down to earth, real, and grounded. She really cares.”

Jessica Williams: “We went to her office to see the decor, and the vibe and the energy was warm and it smelled great.”

When asked what it smelled like, Jessica said she didn’t quite remember and was pretty sure she blacked out shortly after. Of course, the two Queens didn’t allow us to hold our laughter in for very long with a breakout moment of freestyling to Phoebe braiding Angela’s hair. 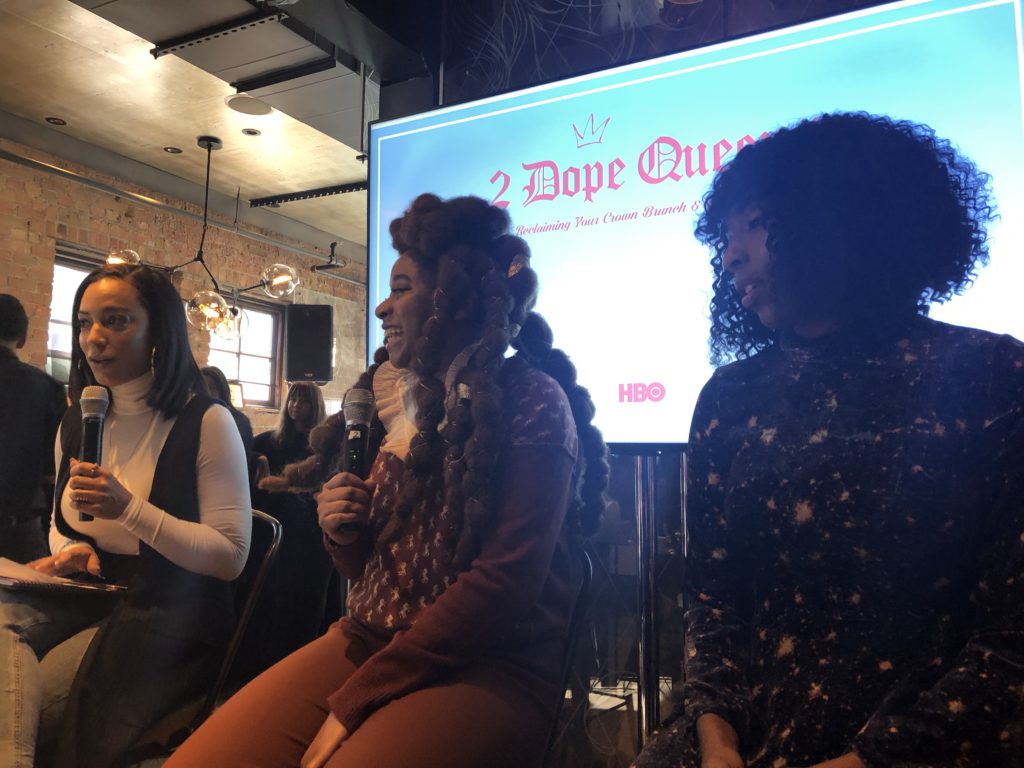 The hot topic of politics also came up in conversation.  The climate of the current administration and the impending electoral season has everyone talking.  When asked about the state of our politics, both women had strong opinions on the direction our country is taking.

Phoebe Robinson: “My brother ran District 6 in Cleveland and he ran and flipped it to blue in a red state. So as nuts as things are, seeing him do it, I think we are in a position to take things back. I think just fighting and name calling is ignorant. Just be positive and focused.”

Jessica Williams: “I feel like we are watching something that is under the surface and that’s the truth of it. It’s causing a lot of white people to reflect on what’s happening and figuring out where we want to go. I believe good triumphs over evil. I don’t think there would be this urgency without this dumpster fire.”

Rye also brought up Senator Kamala Harris who recently announced her bid in 2020 for President of the United States. Rye mentioned how there is a lot of false information about the candidate whose recent announcement has caused quite a stir of controversy.

Phoebe Robinson: “I think that there is this thing if you are not perfect you’re canceled.”

Jessica Williams: “I think what this last election taught us we do not need to be this decisive.”

On a lighter note, the two women also chatted about things they do when they’re not podcasting and promoting the show.  Jessica Williams says she finds herself on Wikipedia digging into holes and looking up information like “who was the dog in Air Bud?”  She also likes to look up Black history content.

Phoebe Robinson is the author of two books, “You Can’t Touch My Hair and “Everything’s Trash But It’s Okay”. When asked about writing she says, “Writing is hard because you’re staring at the screen. I like to make a fun playlist. I listen to Diana Ross and Sade. Just taking your mind and doing something else helps. And I love a deadline. I give myself 1 month to write my book proposals.”

Robinson also says she’s interested in reading and supporting more works by unknown Black authors. Robinson added that when it comes to her approaching her work she’s honest with herself, “my biggest skill is my personality. When I’m bad at something I like to lean into it.”

If you plan to check out 2 Dope Queens next month here’s the line up of their special:

Guest Lupita Nyong’o and the Queens braid their hair and it gets interesting!

Remember the Blerds episode?  The Queens are ready to geek out again, this time with Harry Potter himself, Daniel Radcliffe.

Janet Mock talks about Ball Culture and artist Lizzo teaches the Jessica and Phoebe to play a musical instrument.

The Key in Key & Peele, Keegan-Michael Key joins the ladies for some gameplay!