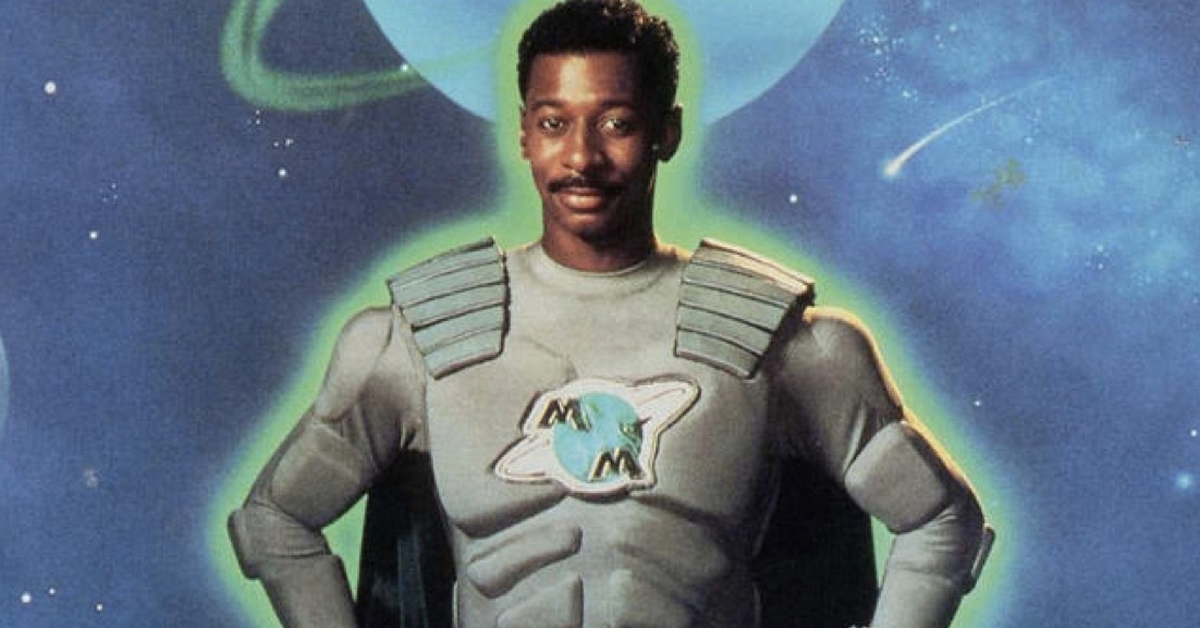 2018’s Black Panther was Marvel Studios’ first film with a Black director and a predominantly Black cast, which became a cultural event rather than a high-budget superhero film. But before MCU’s mega-hit, starring the late Chadwick Boseman, managed to rake in those MCU billions that the DCEU and Warner Bros have been fantasizing about, we were introduced to several comic-book adaptations of popular Black superheroes.

Starting with Wesley Snipes’ Blade from 1998, followed by the same-name television series that ran for one season in 2006, Luke Cage that went on television for two seasons between 2016 and 2018, and The CW’s Black Lightning that ran for four seasons between 2018–2021, the increased number of Black superheroes appearing in the media spotlight was clearly growing. While Blade might’ve been the first superhero film to break the box office, it wasn’t quite the only film that paved the way for Boseman’s T’Challa or Mike Colter’s Cage. That title actually belongs to Robert Townsend and his self-directed 1993 Cult Classic The Meteor Man. And according to many, Robert Townsend had to fly so that Boseman could purr. Here’s a look back at the largely unseen gem that was Townsend’s The Meteor Man.

1993’s The Meteor Man is an American superhero sci-fi comedy film written, directed, co-produced, and starring Robert Townsend, with supporting roles by Marla Gibbs, Eddie Griffin, Robert Guillaume, and James Earl Jones. The Meteor Man played well into the superhero genre, depicting sci-fi adventures that were rooted in some real-life problems. As it usually happens with superhero films, our protagonist is an underdog in every aspect. In The Meteor Man, the superhero-to-be is actually a mild-mannered schoolteacher, Jefferson Reed (portrayed by Townsend), who gains superpowers from a mysterious green meteor that crash landed in his neighborhood.

The film’s antagonist, or in this case antagonists, aren’t superpowered individuals hellbent on world domination. Instead, they’re involved in gang violence and drug dealing that is threatening our hero’s neighborhood, and Meteor Man has to decide how far he’s willing to go to help clean up the community and fight the increasing rise of gang violence. Pretty standard stuff by all superhero-movie fare, which only shows that the superhero genre’s core structure really hasn’t changed all that much throughout the years, aside from the actors and special effects of course.

Regardless, The Meteor Man didn’t go over all that well on the silver screen, as it only earned $8 million at a domestic box office, against a $20 million budget. However, it performed marvelously on small screens and has since gathered a cult following, more as a comedy film than a superhero flick. It had all the right ingredients for a superhero film, including the mild-mannered protagonist, boastful antagonist, an origin story of the main character, and relatable cast of actors. And while it didn’t succeed as a superhero film, The Meteor Man‘s legacy stands as a quiet monument in Black cinema — a Black superhero film, where Black children could actually see their moms, dads, uncles, aunts, and most of all themselves.

So, while the world is celebrating “firsts” for Black superheroes appearing “en masse” after Black Panther supposedly broke the mainstream ice, it’s really important to remember this largely unseen gem and remember its legacy as the first-ever Black superhero film. Townsend always wanted to play a superhero, as he was very much a fan of Superman and Batman as a child. So, after he had finished The Five Heartbeats, one of his best-known works, Townsend flew to Chicago right around Halloween time. During a family pastime, he asked his nephew what he’d like to be for Halloween: Spider-Man, Batman, Superman, or any other popular superhero of the time. Much to Townsend’s surprise, his nephew, only 5 or 6 years old, responded that he couldn’t be any of those heroes because they’re white. So, he became the first African-American superhero for all the children of color to call their own, conceptualizing the world and the bad guys the children hadn’t seen before. But Robert Townsend had another brilliant idea.

Instead of creating interstellar battles and fighting bad guys among the stars, Townsend tied the fight to the inner city — to a place all too familiar and all too forgotten by those in power. So, what adults saw as a comedic piece with average effects and children saw as a superhero film as a whole actually carried a more important social message of empowerment when one man decides to stand up for what’s right.

In the end, Robert Townsend managed to create a wonderful world where a Black man could be bulletproof, hyper-intelligent, and capable of anything — and he chooses to go back to his community and change a broken system. It may leave children with a sense of playfulness and fun, but it most definitely leaves adults questioning their actions regarding the community they live in, begging the question each and every one of us should ask: have I done enough?