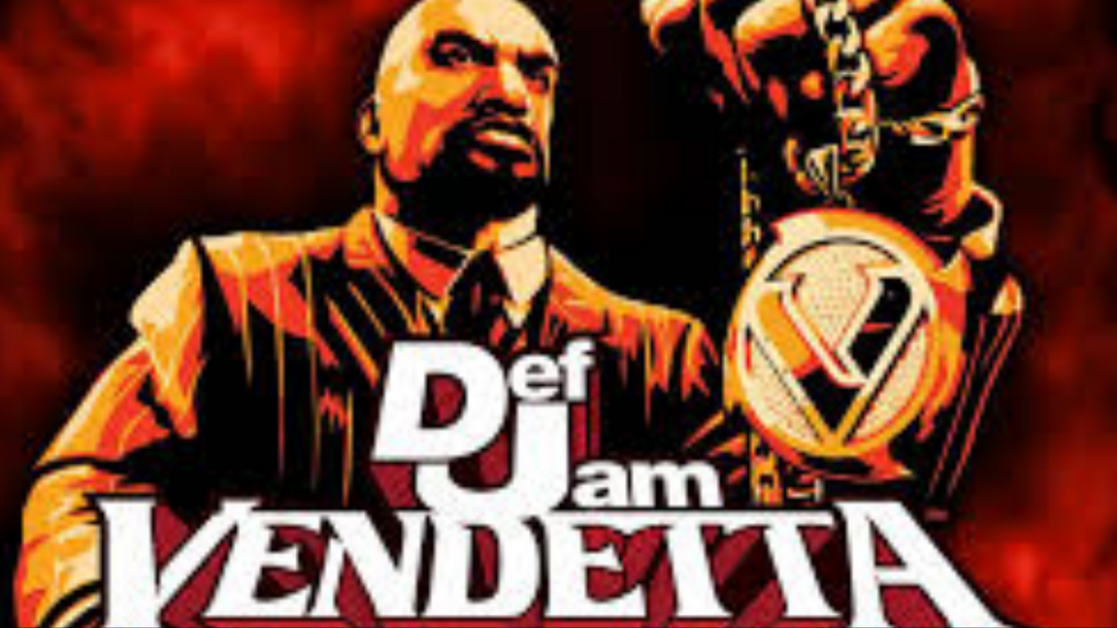 Hip-hop began soundtracking various gaming releases more often at the beginning of the millennia, and by the time 2004’s Need for Speed: Underground 2 was released, you could find at least one hip-hop soundtrack in nearly every major gaming release. Famous rappers had already made their appearances in various video games by that time, starting with 1995’s Rap Jam: Volume One and 1999’s Wu-Tang Clan: Shaolin Style, a sports and a fighting game, respectively.

Instances like those were showing that rappers and record labels were engaging, or at least contributing, to the video games industry and its growth. However, a video game dedicated to hip-hop culture, and not just individual artists, but including the fashion, music, and slang, hasn’t been made — until 2003, when Def Jam Vendetta came out. It was truly a fantastic game that allowed gamers to go up against other rappers in real or imagined beefs and settle their differences in wrestling matches.

The game’s development cycle is quite peculiar since it wasn’t initially conceptualized as a hip-hop-centered game with wrestling elements. In 2000, wrestling games were big sellers, and some of the most beloved titles of the genre were made by the Japanese-based game developer AKI. The studio was working on WCW Mayhem 2 for the PlayStation’s best-selling console, the PlayStation 2, with Electronic Arts as the game’s publisher.

Unfortunately, WCW went out of business in 2001, and the development of the game had stopped immediately to prevent any possible licensing issues. So, Electronic Arts was left with a pretty decent gaming engine developed for WCW Mayhem 2 but without any game to use it on. At approximately the same time, label Def Jam president, Kevin Liles, noticed an increasing number of tracks being licensed to the gaming industry.

So, the two got in touch, and Liles was soon pitching a hip-hop-themed game to Electronic Arts. And thus, Def Jam Vendetta was born and released in 2003 for PlayStation 2 and Game Cube. It was an absolute hit by all metrics. Admittedly, it had a very limited character roster, with only 11 playable real-life rap artists, including Method Man, Ghost Face Killah, and many others, like Snoop Dog. That paled in comparison to the Wrestling games AKI used to develop, not to mention It also lacked various gaming modes and features, like cage fights.

But none of that mattered, and for gamers who love video games and hip hop music, this unprecedented gaming release was more than enough. To start things off, this timeless classic gave each rapper his own arena that matched his personality. For example, Ludacris fought in an arena full of scantily clad ladies, while DMX fought in a junkyard arena befitting more of a Ruff Ryders aesthetic. But besides all the fighting — which was masterfully designed, by the way — the main selling point of the game was its narrative.

Players take control of the game’s protagonist on a journey to bring down a local crime boss, D-Man, and his band of Def Jam fighters and “win the girl’s heart” in the process. As the players progress through the story, they would become more famous, and the ladies in Def Jam Vendetta would flock to their side or even fight among themselves to be the protagonist’s girlfriend. When two girls are about to fight, the player will choose the one they want to win and then control her in the ring.

If they’re skillful enough and their choice won, a piece of Gallery would unlock, with a photo of the real woman that the video game character is based on. Money is earned by winning matches and spent on clothing and accessories for the protagonist or to purchase lingerie and nightgowns for their girlfriend. Or you could spend the money to increase the character’s skills and stats in the ring. It was truly an awesome game, with only one downside — the actual Def Jem artists weren’t playable in the Story mode.

Put simply, what really made Vendetta so great was the fact that it was the first hip-hop video game in the history of gaming, all about the bling, bravado, and charisma that defined the hip-hop genre. It was, in every way, an exceptional and unique piece of gaming art in the gaming industry. But it didn’t stop there: the game’s sequel, Fight for NY, was released for PlayStation 2, Xbox, and Game Cube the following year easily made up for Vendetta’s shortcomings.

This time, the game introduced over 60 characters, including Busta Rhymes, Sean Paul, Snoop Dog, and Lil Kim, but also some non-rapping celebrities as well, like Carmen Electra or Danny Trejo. The story mode was much denser, and the game was truly built around the hip-hop culture, reflected in everything, from slang to clothes and jewelry. It was truly a gaming gem from an era passed, and a title we strongly recommend to all hip-hop-loving gamers.

In the end, we’re living in an era of reboots, remasters, and remakes, so it would be nice to see Def Jam Vendetta and even Fight for NY remastered and bundled up, or even rebooted to a whole new game that builds upon a new foundation using an old recipe. The timeless classic was way ahead of its time, and it deserves a reboot — at least according to Ice-T.