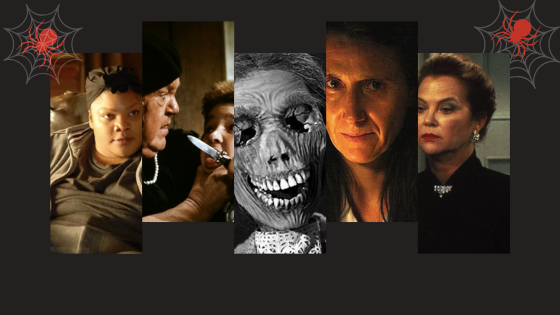 With 2018’s summer firmly in the rearview mirror and Halloween full-speed up ahead, it’s time to get spooky. And what better way to get into the darker Halloween spirit than revisiting films with one of the most disturbing villains of all time: mothers who abuse and/or kill their own children. “Inspired” by this year’s southern gothic horror Sharp Objects and its monstrous child-poisoning mother Adora Crellin, here’s the short list of visual media featuring similar women. And it’s remarkable just how short this list is, pointing to an ingrained sexism promoting a myth that all mothers love their children unconditionally and are incapable of anything but fiercely protecting their brood. These movies and television shows suggest otherwise. 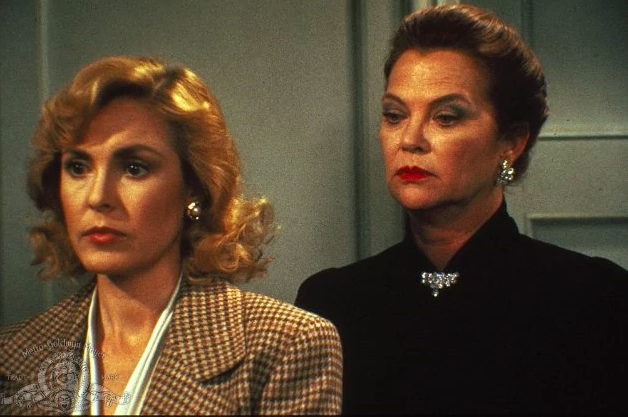 In so many ways the various screen adaptations of V.C. Andrews scandalous Flowers in the Attic and its four follow-up novels are the quintessential stories about mothers who abuse and the cycles of violence that get passed on from generation to generation. After eloping with her uncle, Corinne Dollanganger is ostracized from her wealthy family. Tragedy befalls her and her four children, who are forced to move into Corinne’s family attic while she tries to win back her father’s graces and wealth. When Corinne realizes she can’t, she begins poisoning her children with arsenic to make it seem they never existed at all.

The 1987 adaptation of Flowers in the Attic sees justice for the children in the eldest daughter Cathy (Kristy Swanson) killing her mother. Lifetime’s version follows the books more closely, and instead Cathy (Kiernan Shipka) and her surviving siblings escape the attic. But the trauma they survived in that attic never truly leaves them.

Like Flowers in the Attic, Faye Dunaway’s Mommie Dearest is the classic overbearing, alcoholic, and perfectionist actress mother who takes out her own career and other frustrations on her adopted daughter through a series of horrific acts.

I, Tonya follows suit with a mediocre mother LaVona Golden (Allison Janney) whose drive for fame must be channeled through her talented ice skater daughter Tonya Harding (Margot Robbie). LaVona’s abuse quickly escalates from verbal, to physical, and then psychological, breaking her daughter to the point where that foundation of abuse follows her into new abusive relationships, including the one that led to Nancy Kerrigan’s knee hit.

Similarly, in Peter Haneke’s The Piano Teacher, The Mother’s (Annie Girardot) verbal abuse and career demands of her daughter Erika (Isabelle Huppert) are so profound that it physically manifests in Erika becoming a masochist and sadomasochist, a cutter, paraphiliac, and voyeur. I give this film an extra content warning. 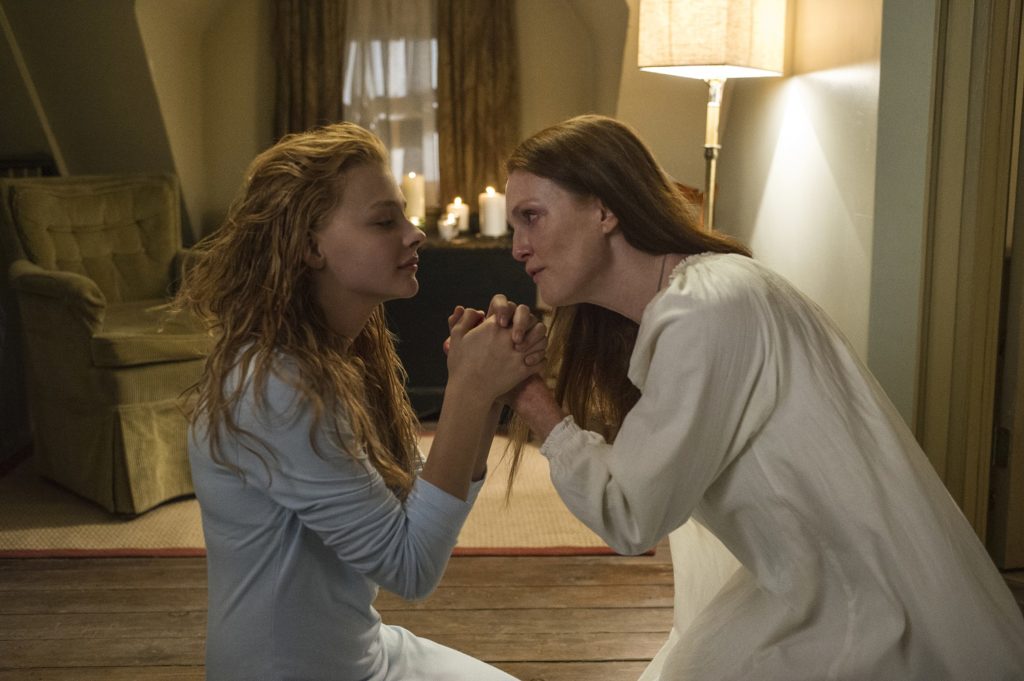 Religion drives mothers’ cruelty in both Carrie and The Sinner, as these moms use their religious beliefs to physical torture, lock up, and otherwise abuse their daughters. In The Sinner’s case in season one, religious abuse leads to sororal incest, the death of one daughter Phoebe (Nadia Alexander), and the eventual psychological breakdown of the other daughter Cora (Jessica Biel) leading her to kill. In Carrie, the abuse causes the titular character played by Sissy Spacek, Angela Bettis, and Chloë Grace Moretz in different adaptations to develop telekinesis and pyrokinesis from the long-term trauma. Carrie White kills dozens when she finally snaps.

While Dark Touch doesn’t feature overt religious abuse, it does take place in a small Irish town where religion is a driving force in the social and cultural arena. Niamh’s (Missy Keating) entire family, including her baby brother, are found dead and she claims it was their house that killed them. But when she moves in with a neighbor, the violence in the walls continues. The abuse Niamh suffered at the hands of her mother also provoked telekinesis from the trauma, and many more go on to die before anyone realizes the truth. 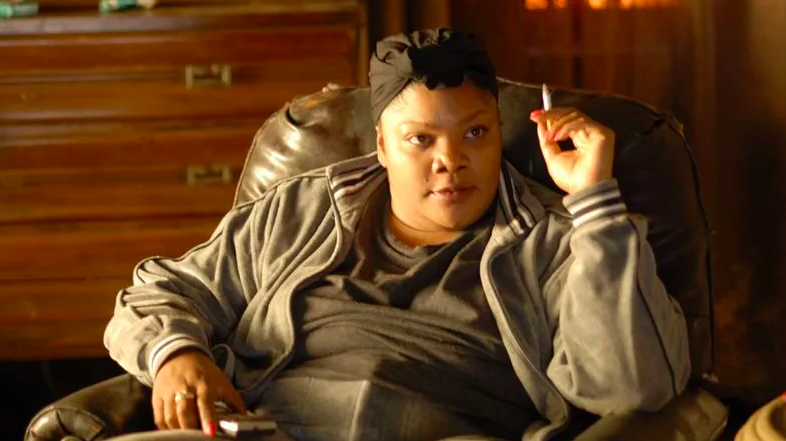 Sexual abuse in families by male members happens almost too often on screen. Mothers who sexually abuse their children are far less common, evidenced by the fact there are only two movies I could find where mothers enact this heinous crime on their girl and boy children.

In the case of Precious, Precious (Gabourey Sidibe) is being physically (including food abuse), verbally, and sexually abused by her mother (Mo’nique). To survive, Precious escapes into her vivid imagination.

Our “Scream Queen” Jamie Lee Curtis is chilling as a sociopathic mother sexually abusing her boys in Mother’s Boys. It is particularly grotesque seeing such a beloved actress do these things on the screen, which makes the casting choice rather excellent for maximum horror effects. 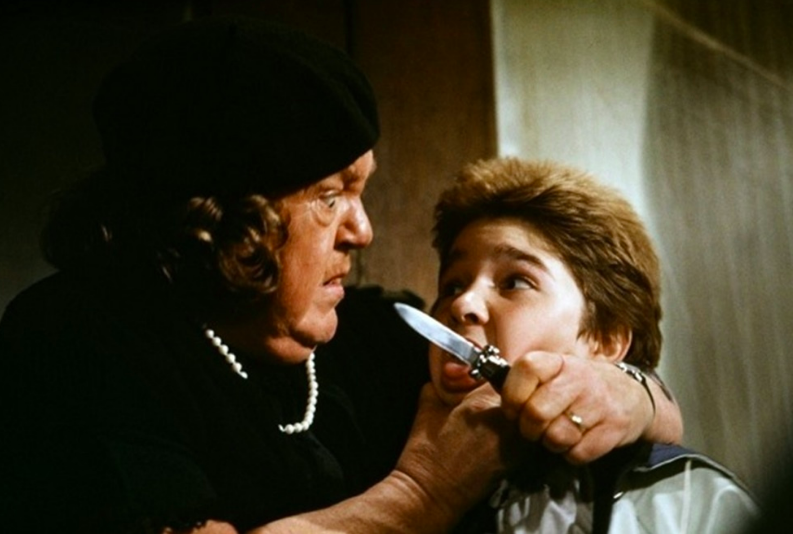 Mickey Knox (Woody Harrelson) in Natural Born Killers fended off his mother’s fists and screaming abuse from the time he was a toddler.

The Fratelli Brothers (Joe Pantoliano, Robert Davi) including Sloth (John Matuszak) in The Goonies similarly cower under their mother’s (Anne Ramsay) beatings, even as adults. Sloth is physically deformed from having been dropped so many times — and is kept chained up and beaten in a basement.

In the 2009 Norwegian film Hidden, physical violence such as being dunked with boiling water by his cruel mother leads KK (Kai Kross) to develop a violent alter-ego who terrorizes others.

In each of these cases, the long-term effect of physical violence leads the survivor to a life of crime and murder. 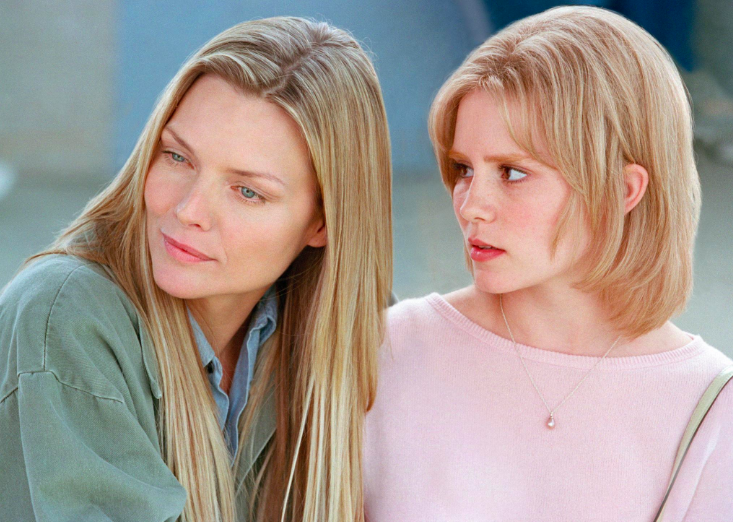 What do you do when your mother is an actual psychopath? In White Oleander, Astrid (Alison Lohman) is forced to call the police on her psychologically abusive mother Ingrid (Michelle Pfeiffer) who also happens to have a penchant for poisoning her lovers when she’s done with them. Ingrid goes on to destroy Astrid’s life from a distance, including driving an adopted mom (Renee Zellweger) to suicide.

In The Grifters, Lilly Dillon (Anjelica Huston) is a textbook psychopath who turns these dark “gifts” into a lucrative life as a long-con-woman. Estranged from her son (John Cusack) for years, she gaslights him into joining her newest plan, all of which ends in many deaths — including her son’s after she tries to seduce him. Yuck. 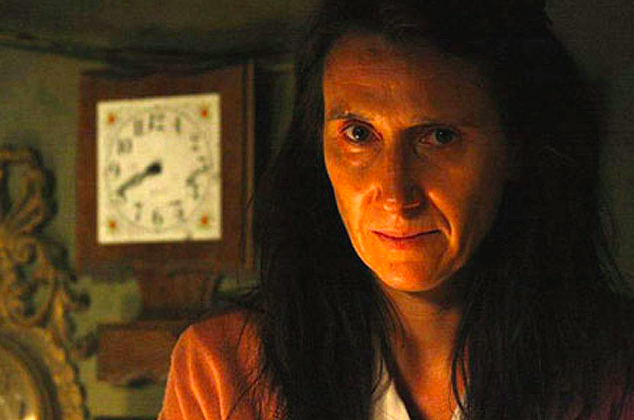 These wicked mothers can curry a bit of favor from us since they are in the midst of psychological breaks provoked by extreme trauma and grief. In The Babadook Amelia (Essie Davis) is trying to cope with the unexpected loss of her husband, and this trauma manifests in a strange creature terrorizing her precocious son Samuel (Noah Wiseman) in particular. We come to understand the creature is actually her, and the film ends rather beautifully with Amelia confronting and learning to live with her inner demon.

Hereditary’s mom Annie (Toni Collette) is already reeling from the death of her own abusive mother when her daughter is killed in a terrible accident caused by her son Peter (Alex Wolff). As Annie breaks down, so does her relationship with her son, and her psychotic break puts her entire family at risk. While I wasn’t a fan of this film, it is a horrifying and excellent example of how intergenerational trauma is passed down.

In The Ya-Ya Sisterhood, Siddalee (Sandra Bullock) is still trying to heal from the day her mother (Ashley Judd) beat her and her siblings within inches of their lives during a violent bout of postpartum psychosis, after which she simply walked out on her family. This event shapes Sidda and her art for the rest of her life, even after she has a tenuous reconciliation with her mom (also played by Ellen Burstyn).

In the Mexican cannibal horror Somos Lo Que Hay (We Are What We Are), the mother Patricia finds herself in an unexpected emotional breakdown after her husband died of food poisoning. On the verge of a breakdown for some time due to her husband’s penchant for prostitutes, Patricia takes out her extreme rage on her children as well as the women they kidnap to eat. 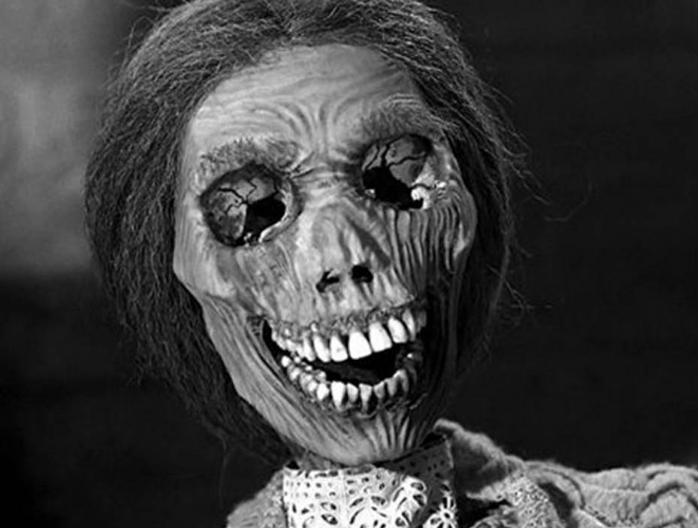 Quietly abusive co-dependent mothers also cause long-term psychological damage to their children. In Hitchcock’s Psycho and its television offshoot Bates Motel — the relationship between Norman Bates (Anthony Perkins, Freddie Highmore) and his mother (Vera Farmiga) leads to Norman’s overidentification with his mom and a personality split that leads him to murder women.

Eddie Kaspbrak’s mother Sonia in both adaptations of Stephen King’s IT (played by Sheila Moore in 1990, Molly Atkinson in 2017) also demonstrate a destructively co-dependent relationship as well as the Munchausen by Proxy in Sharp Objects that inspired this gruesome listicle.

A side-story in Shyamalan’s The Sixth Sense involving a mother poisoning her step-daughters to get closer to her new husband is also relevant here. 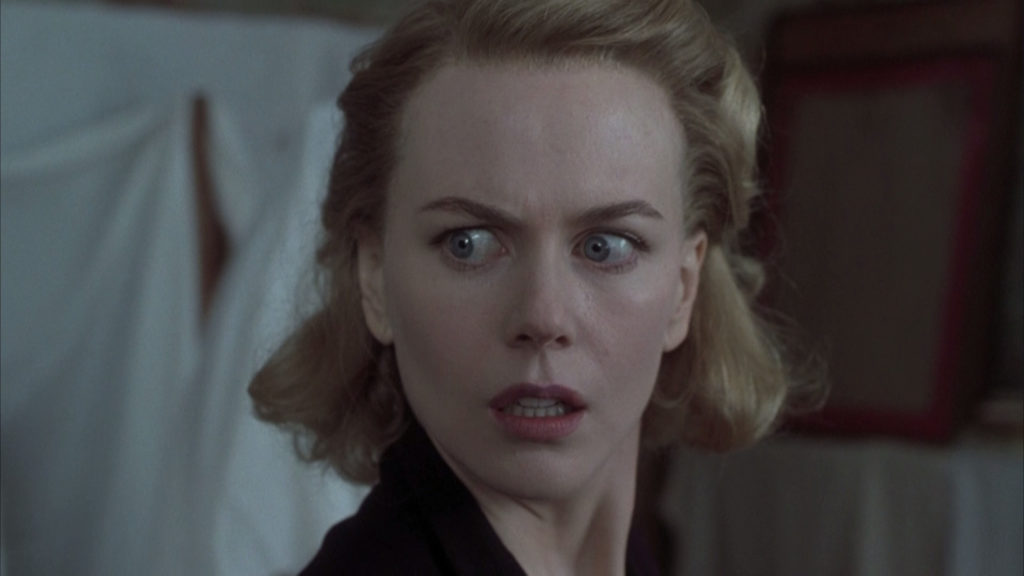 The mothers in Shutter Island and Atrocious take psychotic breaks to the next level by murdering their entire families. The mom in Shutter Island Dolores (Michelle Williams) drowns her children when she is unable to cope with postpartum depression. In Atrocious (2010), the mother (Ann Sanz) takes an ax to her entire household, while the events are being filmed by her children. Also, Grace Stewart (Nicole Kidman) in The Others smothered her children during a bout of post-traumatic psychosis after the death of her husband. The presentation of events in these three films, while totally different, pack huge and horrifying wallops.

Did I miss any? Feel free to drop your nominations in the comments below.