New Line Cinema’s horror thriller IT, directed by Andy Muschietti, is based on the incredibly popular 1986 Stephen King novel of the same name, which has been terrifying readers for decades.  It is also a remake of the 1990 TV mini-series starring Tim Curry as Pennywise the Clown.

Things aren’t always what they seem in the small town of Derry, Maine. The story jumps off when Georgie (Jackson Robert Scott) plays in the rain with a wax bonded paper sailboat. The sailboat quickly is swept away by running water and falls into a sewer. A worried Georgie peers into the sewer and slowly the red-haired white-faced clown notoriously known as Pennywise (Bill Skarsgård) rears his ugly head and Georgie disappears. 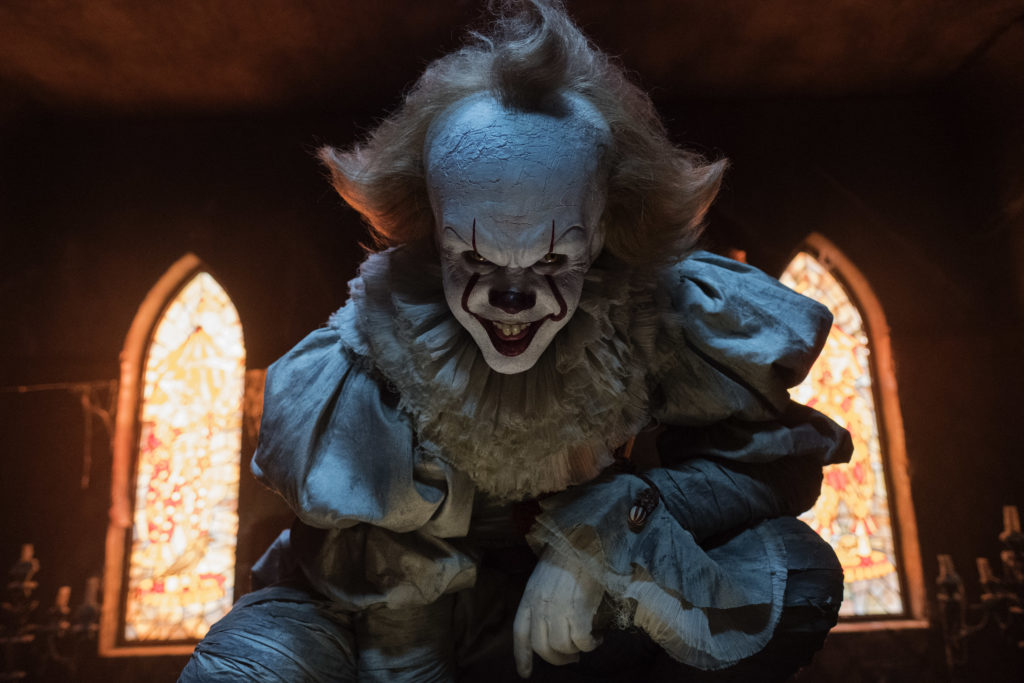 Derry has been Pennywise’s hunting ground, emerging from the sewers every 27 years to feed on the terrors of its chosen prey: the kids of Derry, Maine. Banding together over one crazy summer, this group of outliers overcome their own fears and work to stop a killing cycle that began on a rainy day when Georgie vanished.

The film IT came with a lot of comic relief scenes. Finn Wolfhard who you know best as Mike Wheeler from Stranger Things plays the wisecracking teen Richie, who turns every moment into a punchline. As scary as the film is, it deserved some laughter here and there and Richie along with the other rag tag team of misfits balance humor and fear quite well.

IT definitely set off some nostalgic vibes for me, as most films set in the 80s tend to do. I would be remiss if I didn’t mention how much these kids, who refer to themselves as the “Losers Club”, felt like my favorite oddball characters from movies such as The Goonies, Stand By Me and TV shows like Netflix’s Stranger Things.  Each of these kids has been shunned in some way which is the tie that binds them together. There is a moment of romance that happens between three characters in this film, and if I had to give one criticism of what was disappointing for me, was how the love story turned out at the end. It went down the Pretty In Pink rabbit hole of nice guys finish last and for me that was unsatisfying. 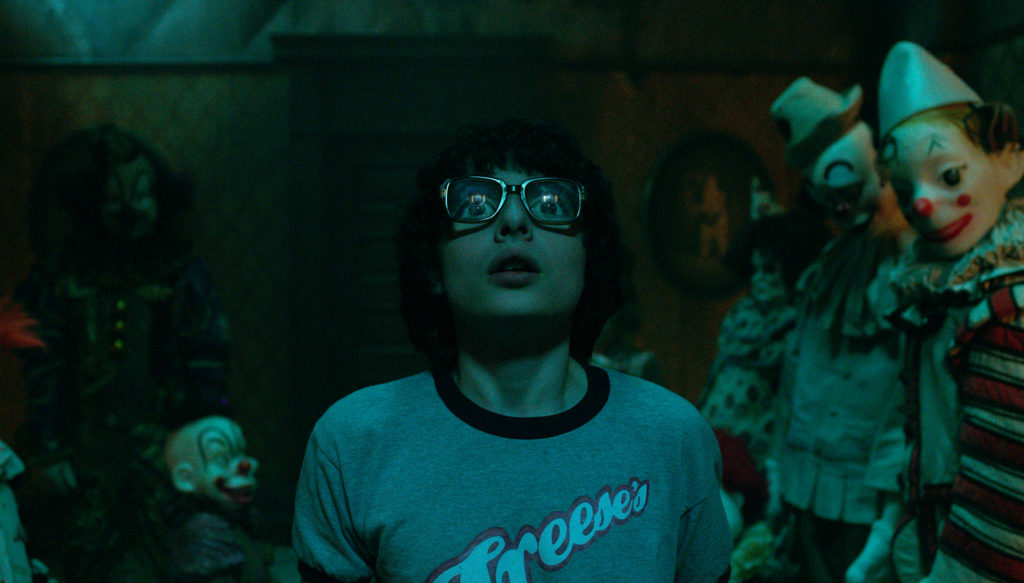 There are so many jump-out-of-your-seat moments, that I have no idea how I managed to maintain a steady heart rate throughout most of IT. This horror classic is definitely going to be one of those movies where you will drop some f-bombs here and there because you completely did not see it coming.

One of the most frightening scenes for me involved a painting. And I’ll just leave it at that. Every scene with Pennywise was creepy, horrifying, and chilling to watch. I must admit, I didn’t think anyone would be capable of topping Tim Curry’s portrayal of Pennywise, but Bill Skarsgård did something magical with this role. Between his ghoulish facial expressions and disturbing mantras about floating, this Pennywise will have everyone talking about him long after they leave the theater. Each of the characters in this film does things, that I would never do. But that’s what I liked about them. They’re not relegated to tropes and they are actually fully fleshed out three-dimensional characters. 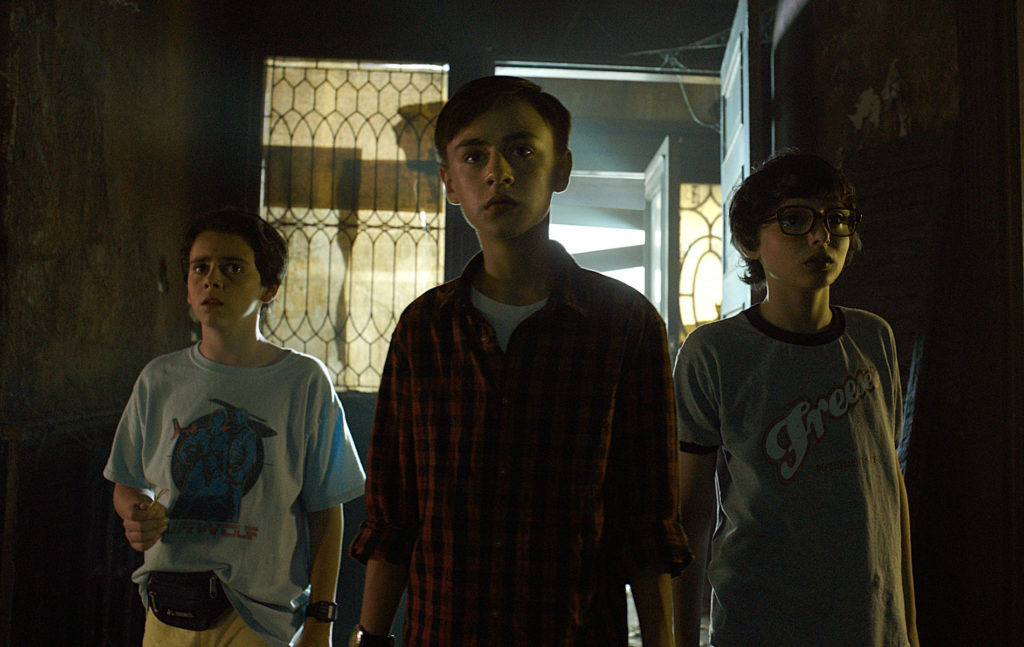 What was most distinctive to me about this film wasn’t the story nor the characters, but it was the actors. These kids gave compelling performances and were so intriguing to watch. I couldn’t help but notice actress Sophia Lillis who plays Beverly, looks strikingly like a younger version of Amy Adams. There was even a scene where she was referred to as Lois Lane and I couldn’t help but wonder if that was intentional. Another actor who played one of the entourage of bullies named Patrick (Owen Teague) looked like a younger Adam Driver. It seemed fitting since his character did have some Kylo Ren moments.

The stand out performance in this film goes to Jeremy Ray Taylor who plays Ben. First of all, let’s just take a moment to respect the fact that Ben is a fan of New Kids On The Block. What’s fascinating about Taylor’s performance are his facial expressions. He communicates so well as Ben with just a single gaze or an awkward glance. It’s an acting skill that few performers have, but Taylor nails it. Sophia Lillis also does a remarkable job in the film holding her own among all of the boys. 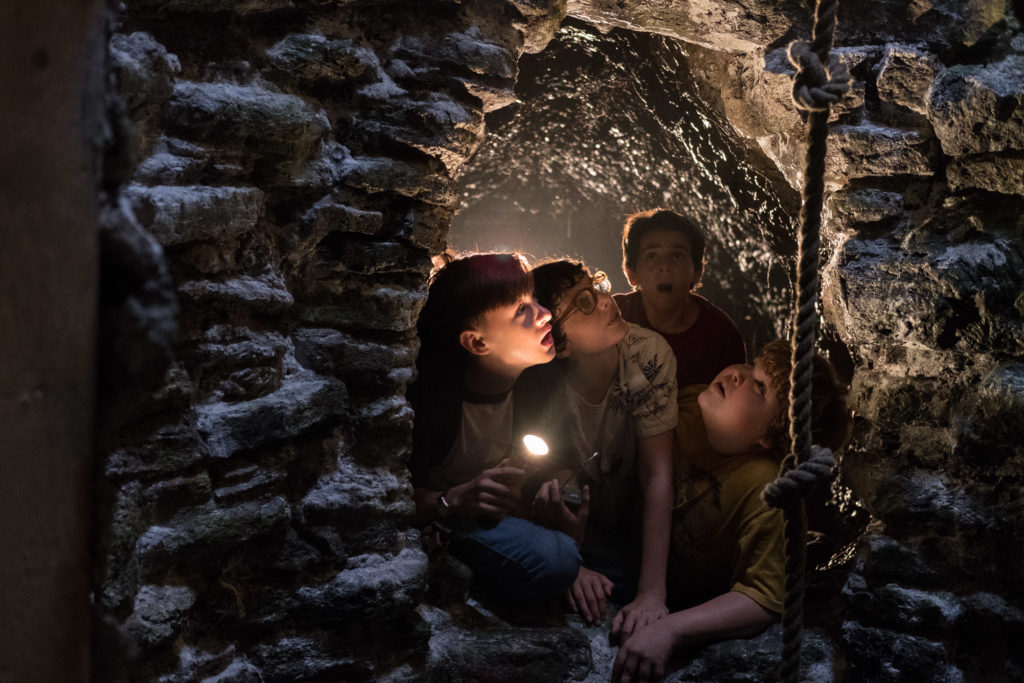 The plot is consistent from start to finish. The ending rounds out the beginning of the story perfectly and yes, it does lead to an open opportunity for a sequel. Would you expect anything less? 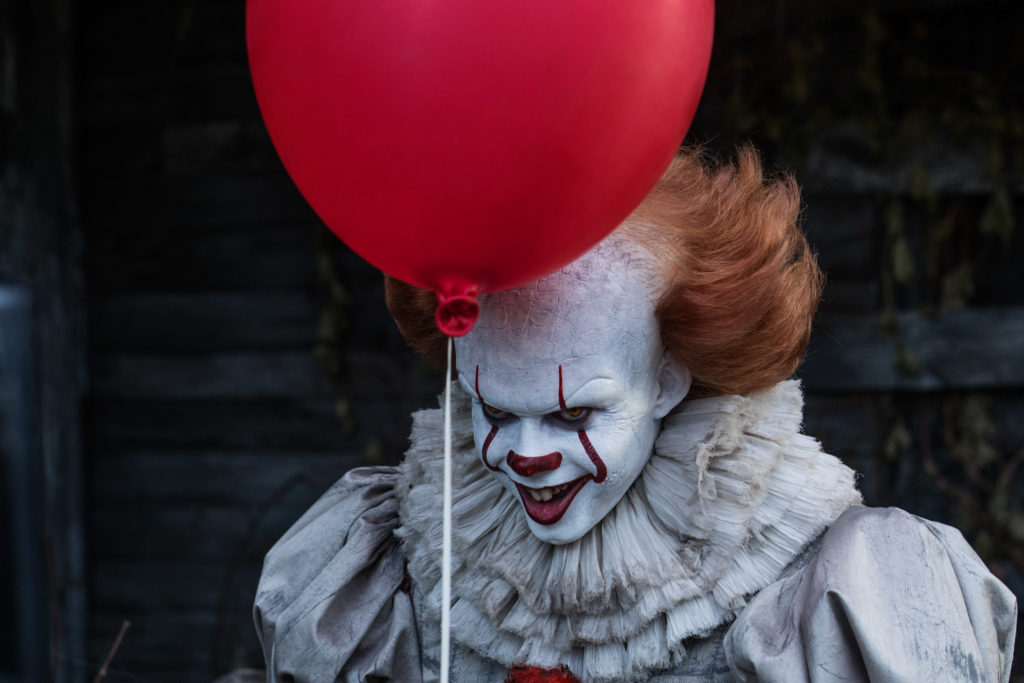 The behind-the-scenes creative team included director of photography Chung-Hoon Chung Me and Earl and the Dying Girl, production designer Claude Paré Rise of the Planet of the Apes, editor Jason Ballantine The Great Gatsby, and costume designer Janie Bryant from TV’s Mad Men. The music was composed by Benjamin Wallfisch.

Prepare to jump out of your seat when watching IT and remember, you’ll float too.