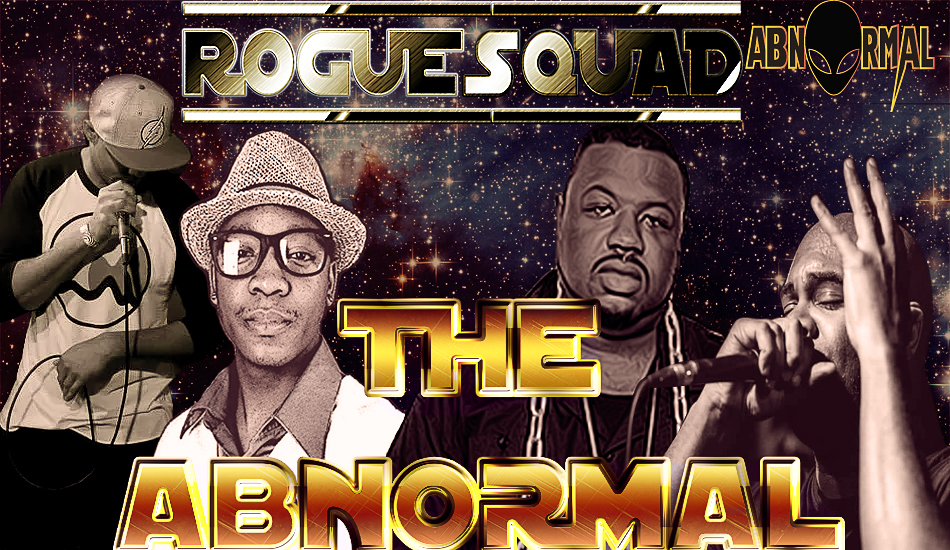 The Abnormal is a new collective featuring Nerdcore Hip-Hop Artists: Ambush Vin, Aramis, Rhyme Artist, and TekForce. The Abnormal’s mission is to resurrect the creative force that once dominated Hip-Hop; while crafting unique music for rap lovers eager to escape the doldrums of monotony and enter the realm of The Abnormal.

“Rogue Squad”, produced by Ambush Vin, is the group’s first collaboration together, and was created in honor of the highly anticipated Star Wars anthology movie, Rogue One: A Star Wars Story. The track features a bassline-heavy EDM chorus that escalates into a dubstep-like bass drum roll before transforming into an eerie Trap beat that will make the listener believe that Darth Vader is in the room with them! Each emcee’s verse was purposely crafted to bring the audience an unforgettable first-person view of their adventures in the Star Wars Galaxy.

Or, as Aramis says, “If you weren’t a fan of Star Wars before this song, after listening to this, you WILL be!”

The Abnormal artists are working hard recording their individual albums, as well as their collective album, which will be released in mid-2017.