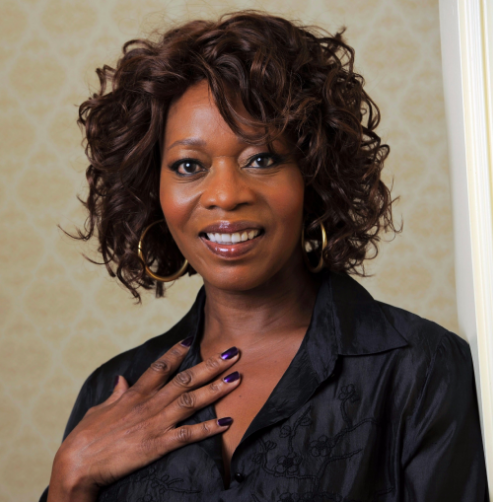 The film Juanita, a story about a middle-aged working-class woman on a journey to nowhere, inevitably finds everything she was looking for in a small town in Montana. BGN had the opportunity to sit down and chat with Ms. Woodard about the process of bringing the story to the small screen, to getting indigenous culture just right. She also shares with us about her work in another upcoming film Clemency.

I saw Juanita – it’s brilliant, I loved it, I think it’s a film that a lot of us need right now.

Especially for women of a certain age to see themselves in a rom-com like this, it’s not often that we see that, so that’s really important. What led you and your husband to adopt this story?

Clark Johnson directed it and Sheila Williams wrote the book Dancing On The Edge of the Roof and that’s what it’s based on, and she said when she writes, she’ll have somebody’s face in mind as she’s writing a character, and she said that she always thought of me as Juanita. And so I got the book and she gave me the book and I loved it, and so everyone was asking me to write, and he did, and I was encouraged to write the screenplay. And yes, he is a man and all of that, but I knew he is such a gifted writer, and I knew because of his relationship with my sister, my cousins, and, from two years old to seven years old I knew he knew the language, not just the words of this woman, but he knew the way her hips swung and that thing that is poignant and flippant at the same time, and I knew he would really find the spirit of Juanita. 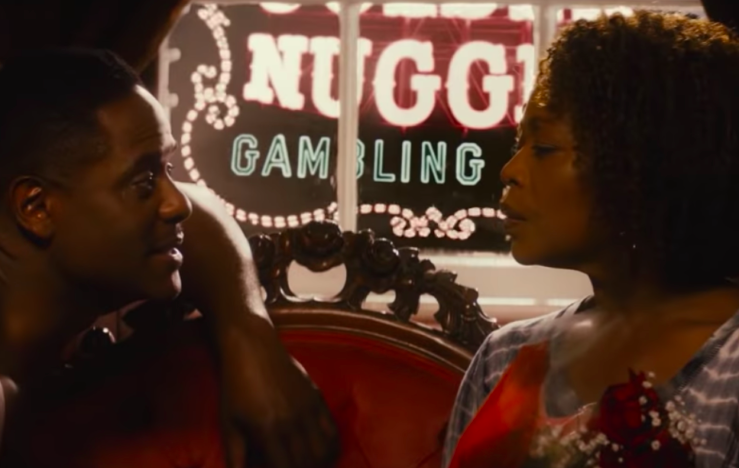 I really loved seeing the scenes with you and Blair Underwood, they were so hilarious.

Okay so [Roderick M. Spencer] was looking forward in and he said, “You know what? Everybody looks past her”. They look past her on the bus. They look past her because of her age and all of that. Even the kids say things like “I’m taking the car”. Cause you know you don’t have anything to do, here walk the baby. As if women of a certain age don’t have desires and dreams.

Did he always have Blair Underwood in mind as being part of Juanita’s fantasy?

Yes when he talked about it, he figured a woman needs a fantasy life. And if you think of Blair Underwood, he would be a woman’s fantasy. If she worked at the recycling plant or wherever Blair Underwood would be in her fantasy. She calls him Blair Underwood and never Blair. That was the first thing that came to him when he was trying to adapt and it turns out to be our money theme. Blair is so great. He said, “Thank you, guys. I can’t believe you did this to Blair”. He said, “Everybody thinks Blair is so upright and confident, Blair is a fool all the time and I am glad people get to see him that way”.

You guys have great chemistry. Speaking of really great chemistry between two actors, you and Adam Beach have some of the greatest chemistry I’ve seen on screen in a long time. Did you two know each other at all before filming?

No, we did not. First of all, Adam is absolutely adorable. Besides being handsome and a good father and all of that there is a quality about him that is adorable in that you can’t resist him. I’m sure all of his life whoever in his life was saying, “Oh you’re lying but okay come on”. Through all of that kind of spirit even with guys, those guys, women want to be with him. Guys want to hang out with him. He’s that kind of person. Your job as an actor is to find that chemistry, but with some people, you don’t even have to try. You have to try to corral that chemistry to keep it from going too far because even in one of the down times in the scene you’re yacking and playing and you deceive yourself.

The one thing about him is as an indigenous father, Adam has never been asked to be the object of affection. It just shows you how out of mainstream storytelling in American cinema and American television people of color have been in. 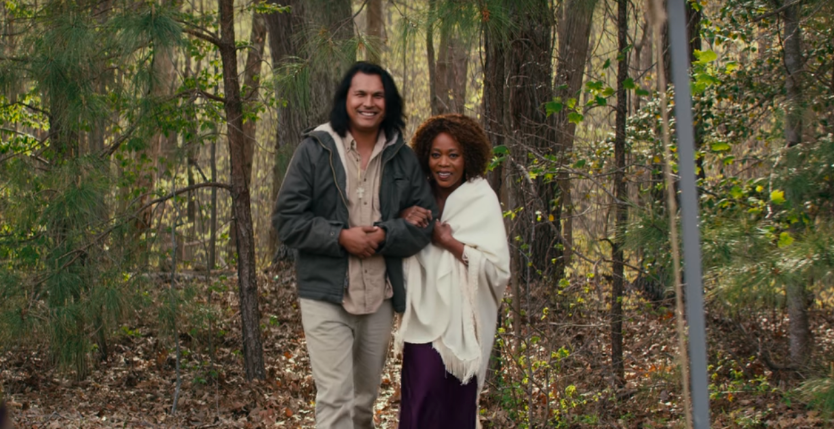 There are so many great scenes between the two of you and just in the film overall from the moments that you’re working in the restaurant to mingling with Jess and the indigenous community that he lives in, was there a scene that resonated with you the most while filming this?

I want to tell you about the indigenous people. Our producer Stephanie Allain sent the script to, I’ll find out the brothers name. He’s an elder. His last name is Brown. But she wanted to know did we get this right? And he said, it was a Blackfoot elder, he said, “Not only did you get it right, but nobody had ever had asked us about the betrayals they do of us in the storytelling”. He said, “So we’re going to come and help you to tell this story”. So they packed up about six of the Blackfoot elders, packed up two major lodges and drove them across country from Montana to Virginia where we shot and they put up the lodges, they did two ceremonies.

They did a ceremony with our crew. We put out a call to indigenous and people mixed with indigenous blood. They came to be the extras and he would teach while he was explaining to kids that were there were different nations from that area. Out of North Carolina. Out of Virginia. People showed up and they might be mixed with African-American in their tribe and they might be mixed with Caucasian in their tribe. So they didn’t know what a lot of the traditional ways. So in-between takes he was holding school for them and all of us saying, “This is what they did”.

I love it that it is that coming together of the African-American spirit and the indigenous — there is stuff that happens that has been landed on these shores and it’s great to celebrate that.

I wanted to switch gears really quick because I was at Sundance this year. I saw Clemency. Beautiful performance. Did playing a prison warden take a lot out of you? And how did you prepare for that role?

As soon as you said it my eyes start to water.  I met five wardens. One who is now the director of corrections for the State of Ohio. Of the wardens, I met four of them that were womThere arere’s eight women who were wardens in the prison system in Ohio.

They have the same kind of PTSD or more than people who have had like five tours of Afghanistan, so we wanted to see them. In meeting them, talking to them, talking to these men re-creating those things pass through when you are an actor. You are bringing a person’s story through you, but it has changed all of us in that our entire crew, our cast, and crew we will never be the same after that experience.

Thank you so much for just taking the time to talk to Black Girl Nerds. Congratulations on Clemency. Thank you for your brilliant work in Juanita.

Thank you so much I appreciate you saying that.

Clemency was the Grand Jury Prize winner during Sundance 2019 and has been acquired by NEON films. No theatrical release date has been set yet for the film. Juanita is currently available for streaming on Netflix.